These Robotic Turtles are Nobody’s Prey

A coyote mother walks along the Mojave Desert of California, the hot sun baking the sand. Her clan has spread far and wide throughout the desert range, hunting down federally protected species like the endangered desert tortoise, Gopherus agassizii. But on this particular day, when she trots over to what looks like a tortoise and bites down, it suddenly flashes with light, delivers a pesky electric shock, and emits the growl of a mountain lion. The coyote drops her prey and scampers off down the hill, thinking to herself: maybe not tortoises, next time.

This is the scenario envisioned by Caroline Kingsley, scientist at Charles River Analytics, where researchers with multifaceted robotics expertise are expanding their work to address wildlife conservation. Since 2018, Kingsley and her team of scientists and engineers have been developing non-lethal predator aversion devices—intelligent decoys that interact with coyotes and other animals, discouraging them from pursuing the mimicked prey. 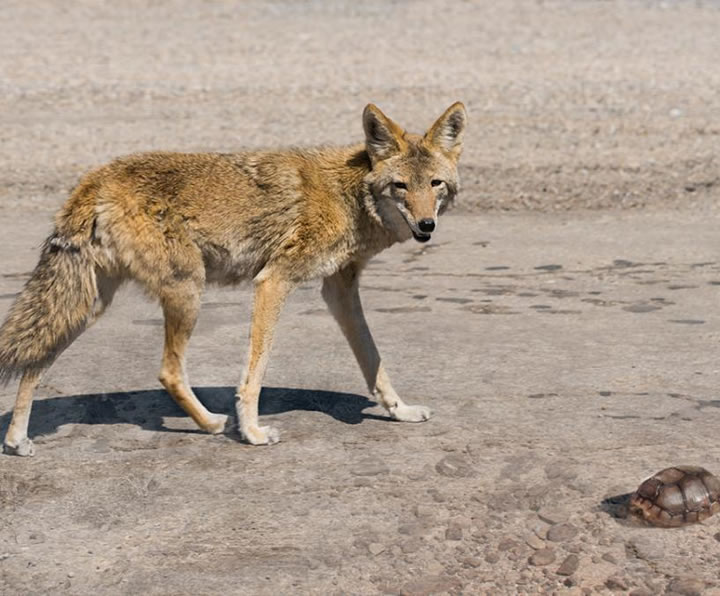 A coyote in the heat of the desert, visualized standing next to a tortoise decoy prototype

Kingsley's initial research was funded by a US Air Force Small Business Innovation Research (SBIR) Phase I contract in 2019. Now, her team is looking to move to the next phase of research, in which they plan to test their tortoise solution on live captive coyotes and develop decoy solutions for other species.

Advanced modern technology approaches like Kingsley’s are needed to help make progress on long-established wildlife challenges. According to the World Wildlife Fund’s (WWF’s) Living Planet Report 2018, the size of global wildlife populations declined by an astonishing 60% in the last 40 years.

In response, the federal government has passed renowned legislation like the Endangered Species Protection Act. Of the many species covered by the act, desert tortoises have received the second most funding for conservation, but efforts to avert their predation have yielded few results.

"These animals are designed to live for 100 years and not need that much water; they’re super resilient, but they are still rapidly declining," Kingsley said. She’s attended the premier conservation conference for the species, the Desert Tortoise Symposium, for the past two years. "We are at a point where we need to save tortoises. We need to change something."

The chief enemies to the tortoise in the Mojave desert are not humans, but human-subsidized predators, particularly coyotes and ravens. These animal species—often overpopulated due to human influences like the production of edible trash—use visual and olfactory cues to locate and prey on tortoises. Culling the predator species is not a desirable option, for many reasons; for example, the common ravens (Corvus corax) that prey on tortoises are federally protected species themselves under the Migratory Bird Treaty Act.

With their Phase I funding, Kingsley and her team of scientists, software engineers, and mechanical engineers studied how to develop predator aversion devices that can retrain predators to exhibit more environmentally friendly behavior in a project codenamed BERNARD.

For a prototype, they developed a sophisticated 3-D printed decoy that accurately mimics the appearance of a juvenile Mojave Desert tortoise, including a digital reproduction of the complex color pattern on the top of the shell. 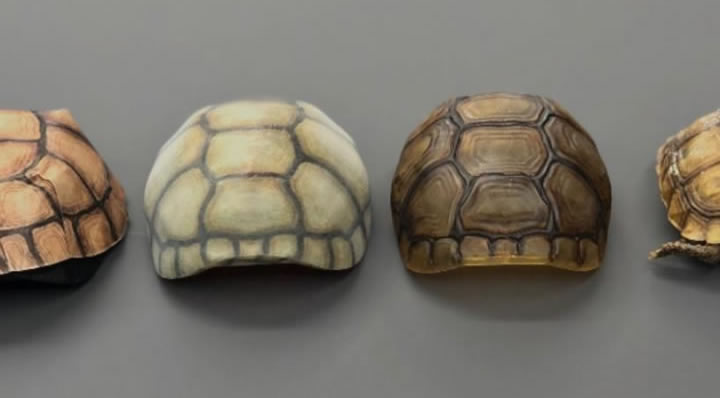 The BERNARD prototype may look just like a tortoise; but it reacts like an intelligent, fearsome animal, delivering a barrage of light, sound, and non-lethal electric shock tuned to the predator attacking it. When a predator attacks a decoy, onboard motion sensors detect whether the decoy is lifted or flipped, indicating whether the predator is more likely to be a coyote or raven, which tend to lift versus flip tortoises, respectively. This discrimination allows the delivery of stimuli customized to deter a specific predator species.

Other decoys have been developed, but they typically only possess a single type of aversion stimulus and lack the ability to deliver that stimuli with a sophisticated, intelligent response. Animal behavior research shows that the best way to alter coyote behavior is to use unpredictable multimodal stimuli—coyotes are smart enough to figure out just one response.

Many other animal species—including livestock such as sheep and chickens—face unwanted predation from entirely different predators that are also protected, like mountain lions and bald eagles. In future work, Kingsley plans to use the experience designing a tortoise decoy to design decoys for other prey species. She will be teaming with USDA wildlife biologist Julie Young to address the predator-prey relationship between mountain lions and sheep.

“You don’t want something that works just for desert tortoises; you have to be able to help other species,” Kingsley said. “If you can protect livestock and farm animals from predation, then you can actually improve the bottom line for farmers.”

Kingsley and her team also want to scale up their approach, so decoys can be mass produced and spread throughout an environment like the Mojave to affect an entire population of predators. The proposed next generation Bernard prototype, designed to get 40 days of battery life on lithium thionyl batteries, will support this goal. 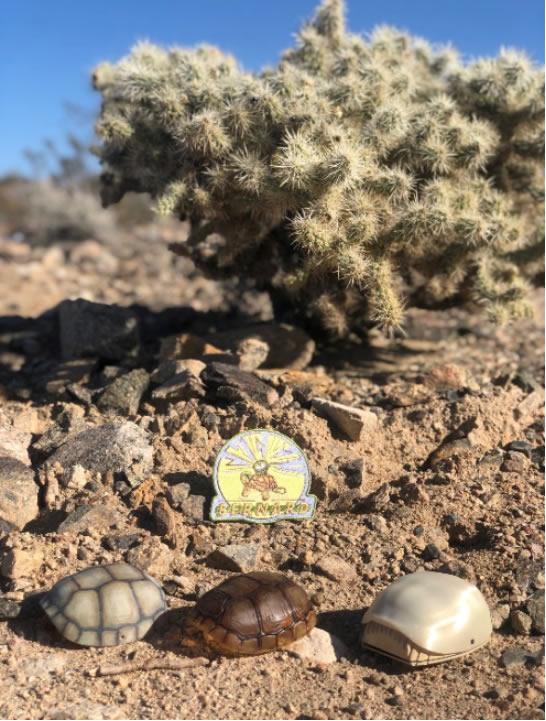 BERNARD prototype resting on the floor of the Ivanpah Valley on the day before the annual Desert Tortoise Symposium; east Mojave Desert, February 2020

After they acquire more funding, the Charles River Analytics researchers plan to test Bernard at a captive coyote facility with over 100 live coyotes. That test, among others, will determine whether the scenario they envisioned for the Mojave can become part of the real-life future of global wildlife conservation.

This material is based upon work supported by the United States Air Force under Contract No. FA9302-19-P-1008. Any opinions, findings and conclusions or recommendations expressed in this material are those of the authors and do not necessarily reflect the views of the United States Air Force. DISTRIBUTION STATEMENT A. Approved for public release; Distribution is unlimited 412TW-PA-20429.

To learn more about Charles River or our current projects and capabilities, contact us.

Charles River Analytics conducts cutting-edge AI, robotics, and human-machine interface R&D to create custom solutions for your organization. Our track record speaks for itself—our implemented solutions enrich the diverse markets of defense, intelligence, medical technology, training, transportation, space, and cybersecurity. Our customer-centric focus guides us towards problems that matter, while our passion for science and engineering drives us to find impactful, actionable solutions.

At Charles River Analytics, we turn research into results.