Recent developments in wireless communications technology, artificial intelligence (AI), and robotics have brought forth advances in security & surveillance solutions in the form of surveillance drones and autonomous security robots. These futuristic security & surveillance solutions are gradually being adopted by many companies in different industries across the globe. According to Research Dive report, the global autonomous security robots market is estimated to witness a significant growth during the forecast period from 2020 to 2027.

Why are Autonomous Security Robots High in Demand?

Autonomous security robots are automated security & surveillance robots that combine and develop multitude of different technologies to perform security & surveillance operations such as reporting, monitoring, investigating, and intruder detection. Today, security is a major concern for many businesses. Protecting assets, property, locations, and personnel is all in a day’s work for almost all security professionals working across various sector and industries.  For many security professionals, many of their working hours are spent doing monitoring and patrolling, with time spent vigorously dealing with disturbances or suspicious activities. This can be particularly challenging when dealing with huge or large areas that need multiple security guards. Thus, organizations from various sectors are now starting to look to autonomous security robots as a way of expanding or enhancing their security & surveillance operations. Listed below are some reasons why autonomous security robots are high in demand.

Many organizations and businesses have recognized that they should look beyond traditional security solutions in times of vulnerability to expect new threats and protect against those risks. The outbreak of COVID-19 has made this issue a topmost priority and utilizing autonomous security robots in a pandemic can be a good an option to address the risks and threats. For instance:

In June 2020, a silicon valley-based startup, Alterra Robotics launched a new line of autonomous security robots namely, Sirius Autonomous Security Rovers. This Patrol Bot is especially designed to expand existing security teams by serving as a force multiplier using the latest artificial intelligence (AI) technology to detect and report several anomalies such as vehicles, intruders, and suspicious objects to security teams. Sirius is launched in the pandemic to keep personnel out of harm’s way, integrate with existing operations, and allow teams to do more with fewer resources.

There are a growing number of reasons why most of the organizations and businesses may soon begin to look firmly towards autonomous security robots as the flexible and cost effective solution to their security & surveillance requirements. Latest innovations in automated security robots could accelerate the engine of development that could ultimately lead to the building of self-aware, fully automated machines. 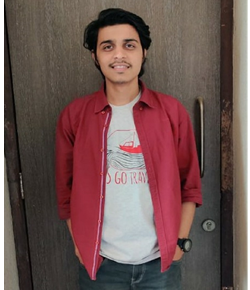 Abhinav Chandrayan has worked in the Writing industry for 2 years, gaining experience in Media & Advertising and Market Research Industry. As a seasoned writer, he is passionate about advancing his writing skills by reading and working on versatile domains. In addition to writing, he is also involved in filmmaking, where his film has won the Gold Film of the Year Award in the year 2016 at India Film Project. Outside of the office, Abhinav enjoys traveling, sports, and exploring different movie niches.