Emerging Applications for Robotics in the Aerospace Industry: 5 Innovations 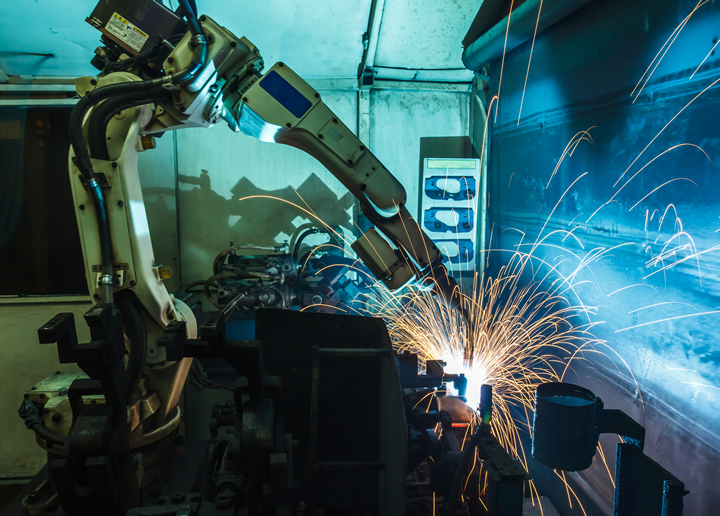 The aerospace industry is constantly evolving, and modern robotics are driving that change. The last several years have seen significant growth in robotics, with much of it concentrating on industrial applications for the aerospace manufacturing process. As engineers look to the future, though, robotics could one day play a central role in aerospace as well as the transportation industry at large.

These five innovations hint at the exciting direction the industry is heading in.

A key trend heating up the aerospace industry over the last handful of years has been automation. It’s making waves in virtually every industry but is uniquely useful in aerospace. For example, automated welding is making new aircraft safer while also speeding up the manufacturing process.

Welding can be dangerous for employees, even skilled ones. Welders face numerous risks that can lead to severe injuries, such as burns, radiation, electric shock and fumes. Minimizing the danger that people are exposed to is one of the most common goals of automation.

Welding robots are becoming increasingly popular, especially for materials such as nickel-alloy or titanium, which require highly precise work. Robots can do this while also increasing productivity with their capability to complete the same process countless times without degrading quality. This improves the structural integrity of new aircraft, speeds up the manufacturing process and increases employee safety at assembly sites.

When it comes to productivity, eliminating repetitive, time-consuming processes is key to success. That’s why many aerospace companies are implementing robotics to take care of their sealing, painting and coating processes. With increasing demand for new aircraft due to the industry’s private jet shortage, productivity is more important than ever. Robotics for automating manufacturing is providing a much-needed solution.

While critical for quality and safety, the sealing, painting and coating processes are excessively time-consuming for human employees to complete. That’s largely due to the scale of the parts they are working with. Robotics frees up people to work on more important tasks. A sealing and coating robot can be programmed to repeat the same seals time and again as parts move down the assembly line, each time with consistent quality. These lengthy processes can even be done during off-peak hours, like overnight, when people don’t normally want to work.

Arguably the most popular use of robotics in the aerospace industry has been for the drilling and fastening process. This is a tedious, lengthy job for assembly line employees, requiring special equipment and several steps to complete correctly. A robot can streamline all that, giving a significant boost to the manufacturing timeline. Robotics can take care of the entire process, from pilot hole drilling to reaming, even with special materials like titanium.

Considering the sheer number of holes that need to be drilled in aircraft parts, automating this process is an unprecedented advancement in the industry. It has given many aerospace companies such a desirable advantage that automated drilling and fastening is becoming the new industry standard.

One way robotics is increasing safety in the aerospace industry is during the transportation process, where large aircraft components are moved from one part of an assembly facility to another. This process can be dangerous for human employees and requires careful concentration to ensure no other equipment or components are damaged. That can be a high-stress job for crane and rigging specialists, which is important to remember since stress has been proven to contribute to human error.

It’s no wonder that many aerospace companies are putting automated transportation systems to work in their assembly lines. Robotics has advanced to such a level that these hauling and rigging robots can safely move aircraft components autonomously while also looking for humans below using specialized sensors.

Sensor technology has become extremely intelligent over the last several years. From smartphone cameras that can accurately identify faces to infrared sensors that can monitor heart rate, this tech is quickly exceeding the capabilities of human senses.

Many aerospace companies are taking advantage of this technology by increasing the accuracy of their nondestructive testing using sensors. However, robotics can take the speed and accuracy of inspections to a whole new level. They can ensure quality and integrity by carefully and procedurally scanning every square inch of components for cracks and other errors.

Sensors can also be applied to scanning for other structural qualities, such as countersink quality and exit burr. Similar to the sealing, painting and coating process, robotic systems that can do inspection scans autonomously could be programmed to run during nonpeak hours. That way, human employees can maximize their daily schedules for addressing any issues the inspections robots identify.

The Future of Aerospace Robotics

The future of aerospace robotics is an exciting one, with massive potential for growth. Engineers and physicists working on conceptualizing the future of transportation have identified unmanned aerial vehicles (UAVs) as a key component of tomorrow’s aircraft. UAVs won’t just be used for military applications, either. The worldwide transportation industry is under increasing strain, so there is a great need for new public transit solutions. Industry leaders believe UAVs could be the answer.

The Aerospace Industries Association emphasized the likelihood of widespread adoption of UAVs in its “Vision 2050” project. In the AIA’s prediction for 2050, people everywhere could one day be using fully autonomous flying “pods” to get around, like airborne taxis. These advanced robotic aircraft would relieve congestion on roads and railways and potentially even reduce carbon emissions.

Suppose public transit UAVs were powered with renewable energy and widely accessible in terms of availability and affordability. In that case, many people could one day use them in place of traditional cars or buses. They would be flown with the help of AI, similar to driverless car technology.

Meanwhile, on the manufacturing side of the industry, fully autonomous assembly lines are likely to appear in the near future. The innovations described above hint at this advancement, which would help meet the increasing demand for aircraft described by the AIA and today’s private aircraft shortage.

Flight of the Future

The future of the aerospace industry is rife with exciting new developments, in which robotics plays a particularly fascinating role. Robots are already revolutionizing the industry, setting new standards for productivity, quality control and safety. They will power the aircraft of tomorrow, whether in the pilot’s seat or behind the scenes on the assembly line.