According to Xinhua, the official press agency of the government of the People's Republic of China (PRC), Taiwanese technology giant Foxconn will deploy 1 million robots over the next three years to improve efficiency and reduce labor for tasks better suited to a robot.

The robots will be used to do traditional industrial robot work such as spraying, welding and assembling.

What does it means to robotics industry?

Engadget suggested that ABB would get the contract to provide the robots, perhaps in partnership with Foxconn itself. More companies may be involved; very little information has been provided thus far. We’ll have to wait and watch. Certainly, this is big news for the robotic manufacturing industry. If for no other reason, Foxconn’s deployment will more than double the world’s industrial robot population. And it will do so outside of the auto industry. Next Big Future blogger Brian Wang says, "This seems to be the start of a renewed push to automation in industry. If other companies in China follow, then we could see ten times or more the number of industrial robots.

Why is manufacturing so important to national politics? 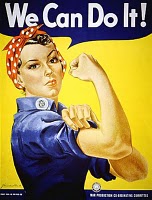 n America, manufacturing has been the engine of growth since the Industrial Revolution, and developing great products a national pride. Manufacturing within one’s own country helps reduce the trade deficit and promotes healthy economic growth through profits, wages and sub-contracts. At present, manufacturing represents 21% of America’s GNP and more important, 50% of exported goods. There is also a security/defense component to sustaining a capable homeland manufacturing resource.


Outsourcing weaponry, technology and high-tech R&D is subject to the whims and events of foreign powers and not under a country’s own control. Many nations understand the necessity for their homeland manufacturing and have initiated stimulus programs to sustain that capability and also to promote the use of new breed of robots to enhance it. American is late to the party with it’s AMP and NRI programs, but has just funded $500 million, $70 million of which is for robotics research relating to co-robotics.

The Advanced Manufacturing Partnership (AMP) and National Robotics Initiative (NRI) focus on the importance of sustaining a strong homeland manufacturing capability which, in addition to helping offset negative trade balances, enables the manufacture of its own high-priority (military, defense, security, space and highly technical) products. America is just beginning to fund what other countries have been funding, in larger amounts for many years now, Korea in particular.

Is the Foxconn pronouncement a wake up call to America?

A recent cover story about “Speedup” in America by Mother Jones magazine provides poignant examples of how this trend has affected American workers. 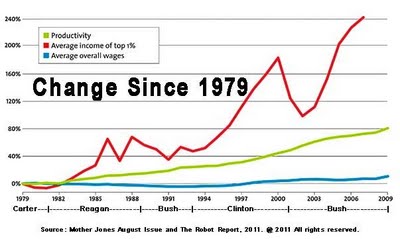 Yes, there is a growing body of real and alarming evidence proclaiming the need for change – but, with America’s polarized and contentious Congress and fearful populace, nobody appears able to do anything about it. Are robotics and Foxconn the wakeup call? Probably not. It's more likely that the Standard & Poor's credit downgrade from triple A to double got everyone's attention.  It sure was felt in the stock market - and robotic companies fared as well as all the others... they lost significantly, dramatically, and did serious damage to investor confidence and their investment portfolios.

If this explanation from Standard & Poor's isn't a wakeup call, I don't know what is:

We lowered our long-term rating on the U.S. because we believe that the prolonged controversy over raising the statutory debt ceiling and the related fiscal policy debate indicate that further near-term progress containing the growth in public spending, especially on entitlements, or on reaching an agreement on raising revenues is less likely than we previously assumed and will remain a contentious and fitful process. We also believe that the fiscal consolidation plan that Congress and the Administration agreed to this week falls short of the amount that we believe is necessary to stabilize the general government debt burden by the middle of the decade.

Moody's, as reported by The Wall Street Journal, chimed in saying:

Though the U.S. economic recovery looked healthy at the beginning of the year, a series of events have hurt business, consumer and investor confidence, Moody’s said. These include surging prices for food and gasoline, natural disasters in Japan, Europe’s debt crisis and, most recently, the U.S. debt woes.

[Moody's] now expects real gross domestic product to increase at an annualized rate of about 2% in the second half of this year and just over 3% next year. The economy needs to grow 2.5% to 3% a year to create jobs fast enough to keep the unemployment rate stable.

How are the industrial robotic companies reformulating to stay competitive?

A new breed of flexible industrial arms is on its way. Almost all major companies in industrial robotics are trying to bring to market a similar kind of robot to cater to the needs of new-age manufacturing. Traditional companies like ABB, KUKA, Yaskawa Motoman and Fanuc are trying to bring their robots out of their cages in a step by step manner of evolution, while new entrants and researchers are trying to build entirely new kinds of revolutionary devices.

The evolutionary robots are the 1-2-3 armed robots which have evolved from their older versions. These robots are highly suitable for large scale fixed factory-line processes. They have high precision but less flexibility to be a co-worker and need a lot of evolutionary steps to be able to accomodate medium scale dynamic environments. 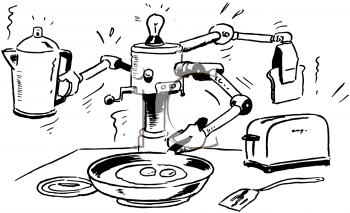 On the other side are the revolutionary companies such as Heartland Robotics whose focus is to develop robotic assistants - the so-called "co-robots." These will be more affordable, easily trainable, safe and flexible for human environment but not as precise as the evolutionary ones. And they will address the needs of the biggest manufacturing sector in the country: SMEs - small and medium-sized enterprises. This video, made by the EU SME Project, visually highlights those needs.


Will robots make a difference?

Certainly the Foxconn deployment will be a boon to one or more non-U.S. industrial robot manufacturer (America long-ago lost this market - a market started in America - to foreign competitors). Foxconn's actions might speed up the use of industrial robots in other high-volume production situations, but it's not a market-changing phenomena. Instead, one thing is clear - that the service robotics market, where most of the growth in robotics is happening, and which is not dominated by any single company or country (as is the case with industrial robots) is the market where there is hope for American manufacturing.

If any competitive breakthrough product(s) are to offset Foxconn's plans, and the very-likely roll-out of the other foreign industrial robot makers to parlay Foxconn's actions with new-industry deployments of their own, particularly in Asia, if some new true robotic assistant is developed that is low-cost, lower cost of entry, easy to train, flexible, and safe to work alongside humans, the first to market will create a whole new arena, a whole new marketplace, with new manufacturing jobs, and a whole new product family ushering in the "real" robotic age. That's why everyone is so interested in Heartland Robotics. They are a privately-funded start-up focusing on a large, untapped market with a low cost product family perfectly matched up to the needs of the market. If they can pull it off, there's hope. If not, some other company, somewhere else in the world, will do so and the global SME marketplace will be theirs.

Robots help keep costs down and productivity high. The cost of entry isn't prohibitive but involves changing the mix of labor from skilled to very skilled. They are and will continue to be a staple in the manufacturing arsenal. Further, maintaining a homeland base of manufacturing is important for security, jobs, the balance of trade, and as part of sustaining a middle class. Robots can help, but national leadership can inspire the changes needed for America to play the role it has in the past, and wants for the future... a role which includes an ever-increasing use of robots in all facits of society.

Frank Tobe is the owner and publisher of The Robot Report.  After selling his business and retiring from 25+ years as consultant to the DNC and major presidential, senatorial, congressional, mayoral campaigns and initiatives all across the U.S., Canada and internationally, he has energetically pursued a new career in researching and investing in robotics.