In early 2008 I asked my Merrill Lynch broker for a list of stocks of American robot manufacturers. He couldn't provide me with more than two. So I went online with Bloomberg and found a list of 120 companies involved with automation. When I researched them, there were only a few in the U.S. and fewer still where robotics was the principle business.

In a recent article appearing on a major NASDAQ website, it is clear that things haven't improved since 2008. The list is full of errors, omissions and was selected by market cap -- yet most of the companies are conglomerates with only a small portion of their sales from robotics, thus market cap is meaningless. As a consequence, not much of the information is of value even though the topic is relevant.

Globally, there are slightly more than 250 publicly-traded robot and unmanned vehicle manufacturers.  In the U.S. and Canada, the list is small but quite interesting.  Here are 16 - in addition to the 4 shown above - to whet your appetite: 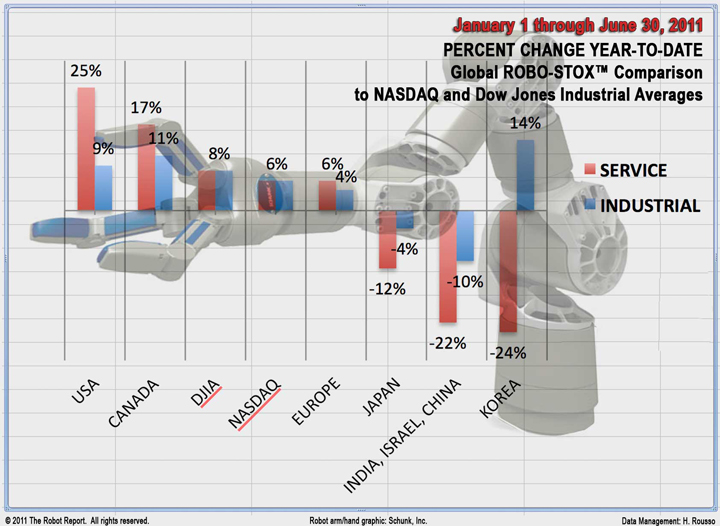 I monitor and report upon these stocks monthly in a performance/comparison chart, the Global Robo-Stox™ Comparison to the NASDAQ Index, the latest version of which can be seen and reviewed on The Robot Report website.