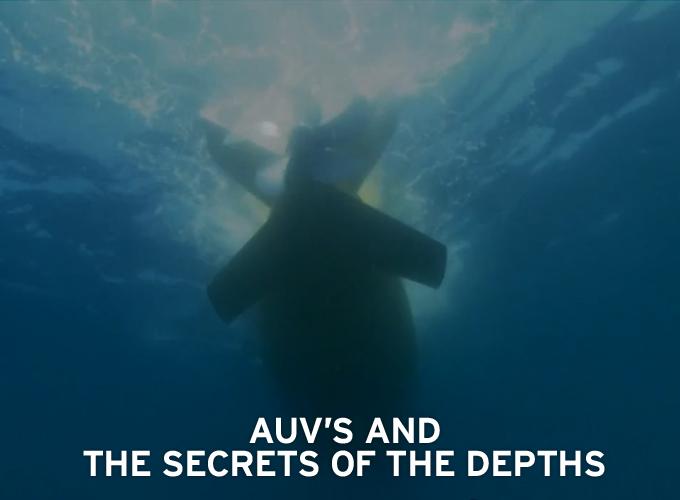 Sunlight cannot penetrate below a depth of about 600 feet, and the water temperature drops to 39 degrees Fahrenheit at about 6000 feet.  The abyssal zone from 13,000 feet to the ocean floor is the world's largest environment, comprising some 115 million square miles, or 60 percent of the surface of the Earth.  Pressures here range up to 16,000 pounds per square inch.  The waters are cold, dark, and far removed from surface storms and currents.  It is very still at this depth and as of March 25, 2012 only one vehicle, the Deepsea Challenger was able to penetrate to a depth of 35,756 ft.

We know much more about the terrestrial Earth and even about other planets than we know about the ocean depths.  This is beginning to change as corporations, such as Boeing, are developing deep-ocean AUV’s (autonomous unmanned vehicle) which can glide fathoms beneath the surface of the ocean.  The Echo Ranger by Boeing can capture high-resolution sonar images of sea beds for the oil and gas industry; detect environmental hazards in the world’s oceans; and collect water samples for scientific and environmental analysis.

Weighing more than five tons, the 18.5’ long Echo Ranger is able to dive to depths of 10,000 feet. The versatile AUV is also capable of traveling up to eight knots (9 MPH) and journey as far as 80 miles without resurfacing.

At nearly 3,000 feet below the surface, it’s pitch dark. With no light around, there are no plants making food.  So where do all the animals, such as the brittle stars, clams, rat-tails, lingcods, and rockfish come from? And what are they eating?  Like the falling of snow, dead organic matter drifts down from the productive waters above. Small sea-bottom (benthic) creatures eat the marine snow, fatten up, and become food for larger invertebrates and fish.

At the sea bottom, scientists are not sure if the supply of organic matter from sources such as the marine snow balances the demand from all the benthic organisms. The Benthic Rover is designed to put some precise numbers on this development.  The Rover is a mobile physiology lab, which measures how much oxygen seafloor animals are using. 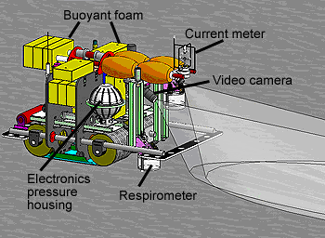 Precise motors lower two 12-inch sample chambers into the sediment, where probes record oxygen levels and two acoustic scanners use ultrasound to search 4 inches deep into the sediment for large animals like worms.  Because of the 6,000 pounds per square inch of pressure, the engineers had to shield the Rover's electronics and batteries inside custom made titanium pressure spheres.   To keep the Rover from sinking into the soft seafloor mud, the engineers outfitted the vehicle with large yellow blocks of buoyant foam that will not collapse under extreme pressure. This foam gives the Rover, which weighs about 3,000 pounds on the surface but a weight of about 100 pounds in seawater, buoyancy.

In the past, the research team dropped the Rover overboard, crossed their fingers, and hoped that it worked.  By attaching communications cables, the observatory connection allowed researchers to fine tune the Rover's performance and view its data, videos, and still images in real time, while the Rover operated at 3,000 feet.  In addition to answering some key questions of oceanography, the Benthic Rover will help researchers study the effects of climate change in the ocean.  As the Earth's atmosphere and oceans become warmer, even life in the deep sea will be affected. The Benthic Rover, and its possible successors, will help researchers understand how deep-sea communities are changing over time.

For many decades, medical scientists have explored the vast jungles of our continents, searching for possible cures for disease.  These lush areas are slowly being decimated; so today, scientists are mining the residue lying on the ocean floor to find prospective medicines for disease like cholera, tuberculosis and malaria. 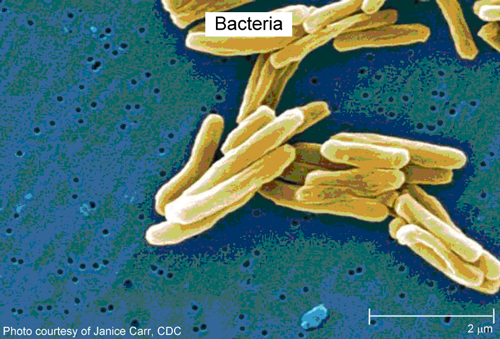 Good bacteria can be found in abundance on the ocean floor and are essential in recycling nutrients, producing chemicals, and contributing to the overall health of the ocean.  These very bacteria could be the key to help fight disease.  AUVs are allowing scientists to discover chemicals that are produced from good bacteria and these chemicals can be used to make medicines. 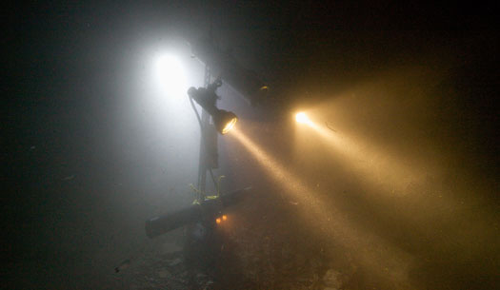 Norwegian and American scientists have developed technological solutions for AUV’s that can perform different climatic measurements and take samples along several hundred miles of ice-covered waters.  This new research might give answers to many questions about the activity in the Arctic Ocean in the dark season, as it was thought that the Arctic Ocean goes into hibernation at the beginning of the Polar night, but new research has proven otherwise.

AUVs perform both optical and acoustical measurements and collect samples at different depths in Kongsfjorden, and the initial results show that there is a lot activity in the ocean, despite darkness 24/7.  Two robots, the REMUS and Iver 2 can operate beneath the sea ice and perform measurements. The robots also have cameras and video recording systems to take images of the ocean floor or underneath the sea ice.

Scientists were able to collect samples of the Arctic kelp Laminaria Solidungula.  The kelp is very sensitive to light sources that we do not see.  Plus this kelp species started photo synthesis as soon as it was collected from the dark ocean and exposed to a light source.   This research will produce information about the biological diversity and activity in the Arctic. This will have significance for the management guidelines in the High North, especially in relation to future drilling activity in the Barents Sea. 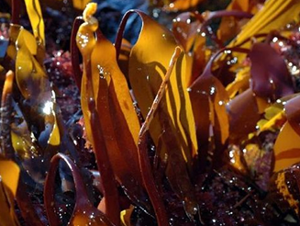 The AUVs will not be hampered by weather conditions or sea ice; and they have sensors that can explore unknown processes and events in the ocean. It is expected that the activity in the Arctic oceans will increase in the coming years as the ice coverage melts and new shipping corridors open across the Arctic.  The oil industry has an interest in exploring these waters for possible oil and gas.

The researchers have documented activity of bioluminescence in addition to biological activity on the ocean floor, along with quantities of crayfish in this fjord, and as they are predatory species, this find indicates that the food supply must be plentiful during the Polar night.  The Arctic is no longer the secret place it used to be, but a new adventure for AUVs to explore.

In 2005, a Greek and American team investigated a 4th century B.C. shipwreck off the island of Chios, Greece. Project goals were to develop new archaeological methods, using an AUV to assess non-intrusive methods for extracting archaeological information from shipwrecks, and to create an international scientific partnership. The AUV recorded data revealing the physical dimensions, age, cargo, and preservation state of the shipwreck.  The new techniques demonstrated on this project increased the speed of data acquisition and decreased project costs relative to previous methods, and are germane to a wide range of underwater archaeological sites regardless of water depth.

Right behind the archaeologists, fortune hunters will arrive with their eye on lost shipwrecks full of gold, jewels and valuable artifacts.  There are hundreds of billions of dollars of potential in lost treasure.  UNESCO estimates there to be as many as 3 million shipwrecks strewn across the bottom of the world's oceans.  Earlier this year, $3 billion of platinum was found on a World War II merchant vessel.  In 1857, the SS Central America sank in a hurricane with 30,000 pounds of gold on board. 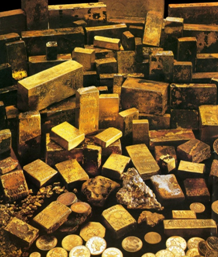 Three tons of gold from the SS Central America