Teams are competing to develop and put to the test hardware and software designed to enable robots to assist humans in emergency response when a disaster strikes. 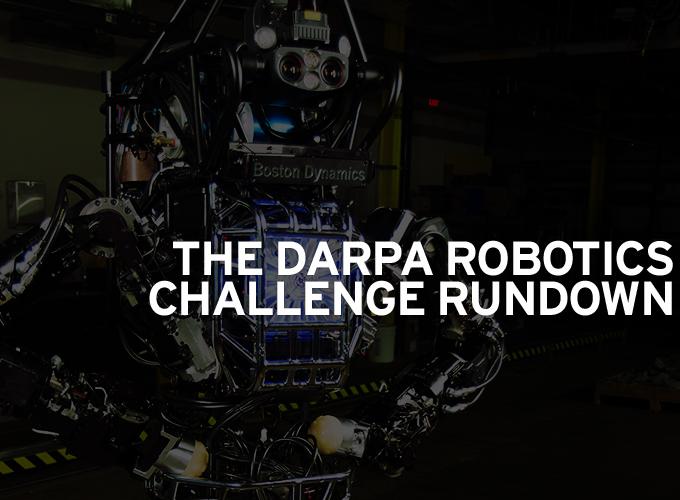 "Over the next two years, teams will compete to develop and put to the test hardware and software designed to enable robots to assist humans in emergency response when a disaster strikes. Based on proposals submitted in response to a Broad Agency Announcement, DARPA has selected and will provide funding for seven teams in Track A of the DRC to develop new robotic systems containing both hardware and software and 11 teams in Track B to develop software only.

Track C of the Challenge provides an opportunity for individuals and teams from around the world to compete without the need for hardware. Anyone with the skills to develop the software needed to advance core robotic software capabilities can register and participate using the open-source DRC Simulator..."

Virtual Robotics Challenge, June 2013
Twenty-six teams from eight countries qualified to compete in the VRC, which ran from June 17-21, 2013. The VRC teams were evaluated based on task completion and effective operator control of the robots in simulated runs for three tasks that addressed robot perception, manipulation and locomotion. To conduct the VRC, DARPA funded the Open Source Robotics Foundation to develop a cloud-based simulator that calculated and displayed the physical and sensory behaviors of robots in a three-dimensional virtual space, in real time. The simulator allowed teams to send commands and receive data over the Internet to and from a simulated ATLAS robot—information very similar to what would be sent between a physical robot and its operator in the real world. Members of top nine software teams will move forward towards DARPA’s Robotics Trials in December 2013. Seven of these teams will receive DARPA support to compete with an ATLAS Robot.

Darpa Robotics Challenge Trials, December 2013:
Teams with both the Atlas and custom robotic platforms will participate in the first physical competition, the DARPA Robotics Challenge Trials. At the Trials, robots will perform an array of individual disaster response operations. High-performing teams will be provided with continued funding to support participation in the final Challenge event in December 2014.
Operations:
Draft pdf of DRC trial tasks.

DARPA will host the final Challenge event, an end-to-end disaster-style scenario, in which teams will compete for $2,000,000 USD. Details of the final competition will be unveiled at the DARPA Robotics Challenge Trials.
Visit the competition site for more details - http://www.theroboticschallenge.org/