Nanorobotics is about creating robots which are so small they are nearly invisible to the naked eye. Operating as a swarm, these tiny robots have the promise to do some really incredible things. 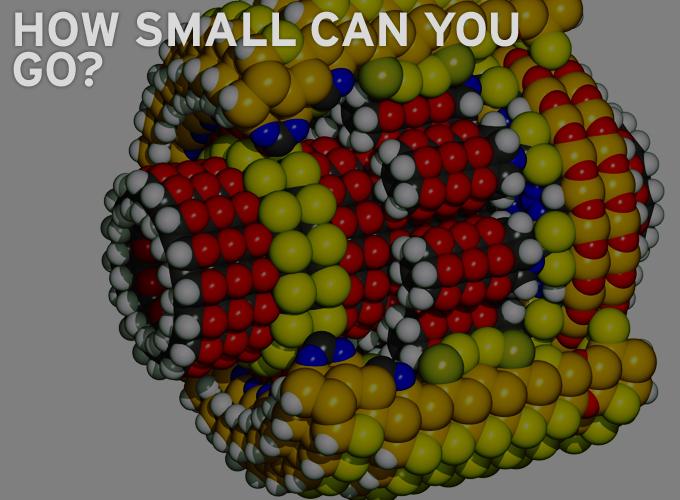 Nanorobots are so small that they actually interact on the same level as bacteria and viruses. Nanorobots or nanobots are measured in nanometers or a millionth of a millimeter. Nanobots are envisaged to be little machines, or tiny robots that rush around and do things like cleaning out blocked arteries or swimming through the ocean eating polluting chemicals. 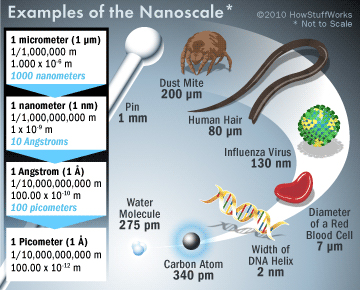 Nanobots are no longer speculation, but unlike science fiction, they won't take over the world, at least, not yet. A hypothetical end of the world scenario involves molecular nanotechnology, in which out-of-control self- replicating robots consume all matter on Earth while building more of themselves because of a programming error.

Nanotechnology is an emerging field in robotics with a promise of different solutions to problems which have plagued mankind since our beginning. Nanobots can be one of the most important achievements humans have ever produced. Nanotechnology is the creation of microscopic objects, which are so small that they are constructed not with regular materials but with the very atomic building blocks of life. Nanorobotics is a part of this line of work, with its main focus on creating robots, which are so small they are nearly invisible to the naked eye. Operating as a swarm, these tiny robots have the promise to do some really incredible things.

There are various areas of science that can benefits from nanotechnology. These are medicine, environment, industrial manufacturing, and even warfare.  The first real application in medicine will be in treating cancers. Nanobots are preferable to the existing means of fighting cancer because they can bring the medicine directly to the tumor, helping to avoid killing healthy cells along with the cancerous ones. 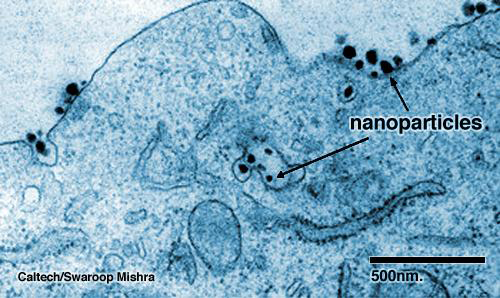 Researchers from Columbia University announced a fleet of molecular nanobots that can deliver drugs to specific cells, and also identify certain genetic markers by using fluorescent labeling.  This type of targeted therapeutic approach could prove beneficial, especially for cancer treatment, which presently sweeps up healthy cells along with malignant ones, very often doing more harm than good. We are about to see a new phase of pharmaceuticals where conventional drugs are incrementally replaced by nanodrugs.

In addition to cancer treatment, nanobots can potentially be used for other medical purposes, such as regulating diabetes. Diabetic patients have to test their blood several times daily to ensure stable glucose levels. Nanobots can be used to travel through patients’ bloodstreams and send data about glucose levels to external electronic sources. They could travel with the natural flow of the bloodstream, sensing blood sugar levels along the way.

Another potential application is the detection of toxic chemicals, and the measurement of their concentrations, in the environment. Since nanobots can change things at the molecular level, they could possibly solve our pollution troubles. 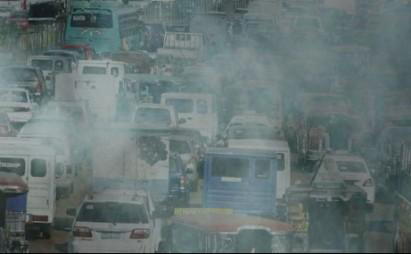 A swarm of nanobots released into the atmosphere could quickly set to work deconstructing the pollution molecules and turning them into harmless material, which could easily be eliminated from the air. These molecular scrubbers could remain in the air, cleaning, until the air was as fresh as it was eons ago.

The theoretical uses of nanobots are virtually endless, as their size would allow them to essentially rebuild matter. In this sense, properly programmed nanobots would be able to take raw materials and build them into anything, from proteins to foods to tiny microprocessors. If set up to do so, they could, in theory, build more nanobots, through the process of auto-replication. A small group of nanobots could quickly develop into a massive swarm, capable of large-scale projects. 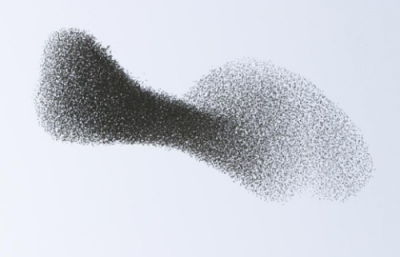 A million nanobots can fit on the head of a pin.

The ability of nanobots to work on an atomic level has far reaching implications for industry as well. Industrial manufacturing requires many resources, equipment and manpower. This is due to the need to acquire resources, process them to a usable state and then assemble them into the products we use on a daily basis. Rather than building things piece by piece and then assembling the component parts, factories could employ nanotechnology to build complete products. Since they can use raw molecules, industrial nanobots would only need the most basic of raw materials to construct nearly anything. As long as they have enough raw materials, these factories could simply reprogram the nanobots to build something else. This would free them from the need to completely replace large portions of the factory just to change its output.

As nanoweapons, nanobots could be used for surveillance for the military, or for assassinations, even used to eat-up and destroy enemy armor. Inspired by colonies of bees, ants and locusts, army engineers are creating armies of nanobots, which are used to locate bombs, clean weaponry, or fly over remote regions of a battlefield. Each individual custom robot is quite basic, but the combined activity in the entire swarm is way more complex. The entire army of robots can be considered as one single customized system, just like a bee colony can be considered a super organism, exhibiting swarm intelligence.

The Nano-Hummingbird  is a flying robot created through a program sponsored by DARPA (Defense Advanced Research Projects Agency) that is meant to be used in future indoor and outdoor surveillance missions. DARPA requested a remote controlled nanobot that can fly, hover, move forward and backward and be controlled without an external power source. DARPA specifically asked AeroVironment to create a flying robot that had the body and wings of a bird. What better bird to use than the agile and tiny hummingbird? 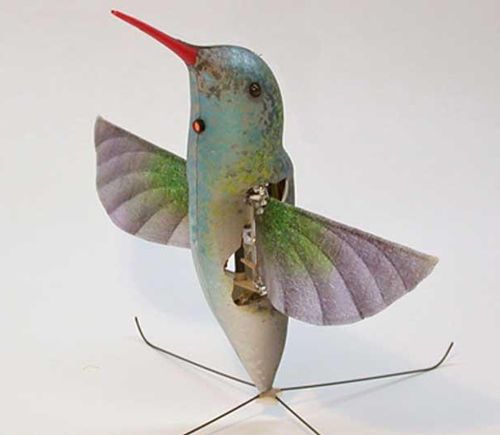 AeroVironment employed biomimicry at a very small scale to create the nanobot, which flies just like the real thing. It can travel forward at eleven miles an hour; and resist a wind gust of 5 mph while hovering without being thrown more than three feet off track, and it can be controlled by a distant operator using only the information from an on-board camera.

Molecular nanotechnology (MNT), the umbrella science of nanomedicine, envisions nanobots manufactured in nanofactories no larger than the average desktop printer. The nanofactories would use nano-scale tools capable of constructing nanobots to exacting specifications. The design, shape, size and type of atoms, molecules, and computerized components included would be task-specific. Raw material for making the nanobots would be nearly cost-free, and the process virtually pollution-free, making nanobots an extremely affordable and highly attractive technology. 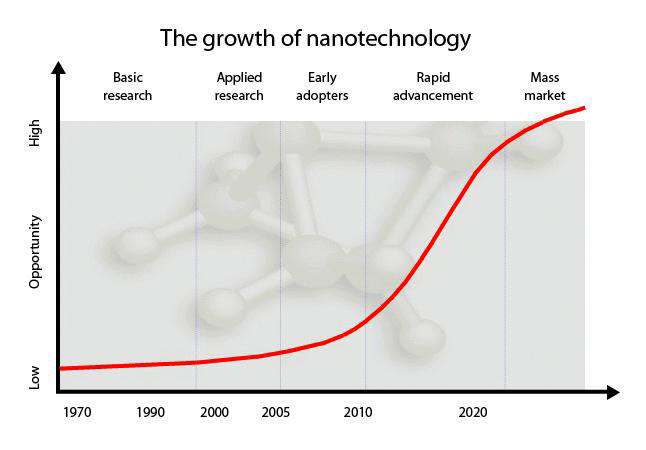