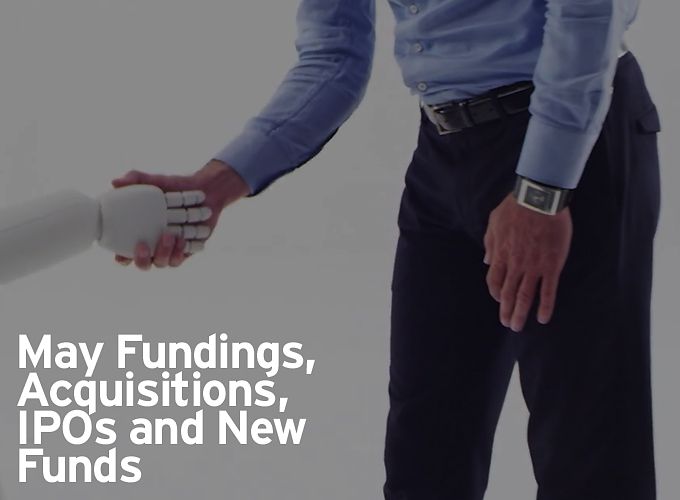 Wonder Workshop (formerly Play-i) raised $6.9M in a Series A funding round for scaling up and production of their Dot and Dash robot programming learning system.

Corindus Vascular Robotics raised $42 million from an IPO which moved their over-the-counter stock to the NYSE MKT index, a special marketplace for small-cap growth stocks.

SkyFund is another venture fund for unmanned aerial systems startups. Similar to the Commercial Drone Fund which is backed by drone autopilot maker Airware, SkyFund is backed by DJI and Accel Partners and is said to have launched operations with a $75M fund.

ABB and UK-based Venture:Bright set up The Idea Hub to fund and accelerate industrial robot concepts.

Qualcomm and TechStars launched their first Qualcomm Robotics Accelerator of 10 startups in a four-month mentorship-driven program at a new 7,000 sq ft work space and robotics lab in San Diego. Startups will share $1M in funding.