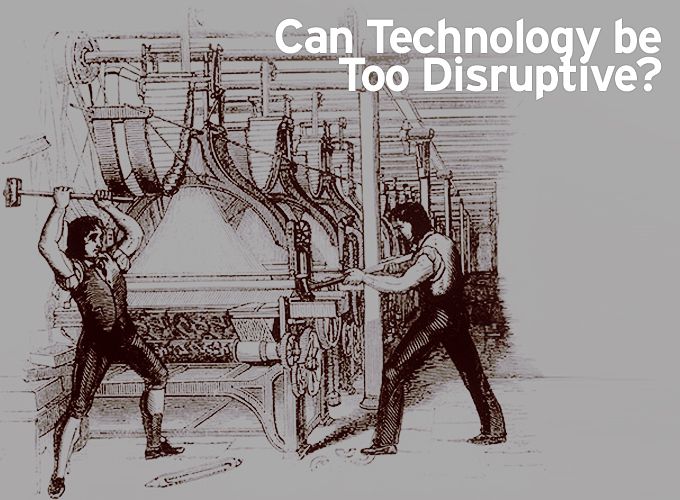 “Innovation distinguishes between a leader and a follower,” said Steve Jobs.  The procession of new technologies continues at a breakneck pace resulting in a world that is more connected than ever.  From the Internet, smart phones, hybrid cars, autonomous vehicles to 3D printing, energy storage and much, much more, innovation disrupts and advances our world.

“But since the Industrial Revolution of the late 18th and early 19th centuries, technology has had a unique role in powering growth and transforming economies,” reports McKinsey Global Institute in a report titled, ‘Disruptive Technologies: Advances that will Transform Life, Business and the Global Economy.’  Technology represents new ways of doing things, and, once mastered, creates lasting change, which businesses and cultures do not ‘unlearn.’ Adopted technology becomes embodied in capital, whether physical or human, and it allows economies to create more value with less input. At the same time, technology often disrupts, supplanting older ways of doing things and rendering old skills and organizational approaches irrelevant.”

Recent history is full of major companies and sectors that were met and leveled by disruptive technology.  Just a few examples include the video rental business usurped by digital streaming, the traditional print publishing world disrupted by online publishing and the convention power industry challenged by the rapid growth of the solar and energy storage sector.

But when is new technology too disruptive?  Does new technology ever debut before its time?  In the book titled, “The Innovator’s Dilemma: When New Technologies Cause Great Firms to Fail” by Clayton M. Christensen, the author writes that “outstanding companies can do everything right and still lose their market leadership—or worse, disappear altogether.” Focusing on “disruptive technology,” Christensen’s book is about the “failure of companies to stay atop their industries when they confront certain types of market and technological change” and why many companies miss out on new waves of innovation. Whether in electronics or retailing, a successful company with established products will get pushed aside unless managers know when to abandon traditional business practices.

Outside of the plastics sector, the world of conductive plastics/polymers, first produced several decades ago, is not widely acknowledged as disruptive, but there is no doubt that breakthrough technologies and novel usage of conductive polymers is occurring. Conductive plastics conduct electricity in comparison to normal insulating plastics. Conductive plastics are used in countless applications in many industries because they are easy to extrude or injection mold into desired shapes and sizes.

“Conductive polymers are already used in fuel cells, computer displays and microsurgical tools, and are now finding applications in the field of biomaterials,” reports Acta Biomaterialia magazine. “These versatile polymers can be synthesized alone, as hydrogels, combined into composites or electrospun into microfibres. They can be created to be biocompatible and biodegradable.  Conductive polymers are being used as biomaterial for tissue engineering.  “Their conductive nature allows cells or tissue cultured upon them to be stimulated, the polymers’ own physical properties to be influenced post-synthesis and the drugs bound in them released, through the application of an electrical signal. It is little wonder that these polymers are becoming very important materials for biosensors, neural implants, drug delivery devices and tissue engineering scaffolds.”

To date, conductive polymers have had few large-scale applications; however, advances in the technological development of conductive polymers are leading to their incorporation in batteries, super capacitors, biomaterial, solar cells, flexible transparent displays, electromagnetic shielding, stealth aircraft coatings and more.

The automotive industry has been subject to dramatic disruptions since the first steam powered automobile debuted in 1768. A prime example of a disruptive trend is the Ford Model T. When the Model T was first available to the public in 1908, the market for horse-drawn carriages diminished, and the market for automobiles took off. Today an average new car has 30 computer processors with assisted parking, voice recognition, and GPS functions more and more common.  Hybrid and electric cars are on the rise and automotive design is benefitting from modern materials and improved metals.

The automobile companies that will thrive in the coming decades are the ones that embrace technological advances.  Consumers now crave a vehicle loaded with all the electronic goodies it can hold. To satisfy this craving, manufacturers have been loading up even standard models with on-board GPS systems, hands-free phone consoles, wireless internet, satellite radio, cameras and DVD monitors.  In the process, they are also packing on the pounds. At the Consumer Electronics Show, Ford CEO Mark Fields said “we view ourselves not just as a car and truck company but also as a mobility company.”

Today the trend of ‘lightweighting’ holds heavyweight importance.  Analysts predict that lightweighting, the process of reducing weight for improving performance and improving fuel efficiencies, will become a $300 billion annual market as global trends point to CO2 reduction and resource efficiencies as being vital to meeting regulatory and industry mandates in the transportation sector. New materials development will be the driver in this trend.

For example, Ford’s 2015 model F-150, which accounts for 1-in-20 cars sold in the US, is now 700 pounds lighter than its 2014 model with aluminum alloy replacing the heavier steel frame. The federal government’s new Corporate Average Fuel Economy standards (CAFE) require automakers to raise the average fuel efficiency of new cars and trucks to 54.5 miles per gallon by 2025.

The electrically assisted vehicle can certainly meet or exceed the CAFÉ requirements but these vehicles carry their own weight issues, as batteries and electrical systems add hundreds of pounds to the vehicle.

The added electronics add another problem that needs addressed…EMI. Conductive resins will play an ever increasing role in the lightweighting industry.  At my company, we are doing our part in the fight against vehicle obesity by utilizing our conductive hybrid plastics as EMI shielding solutions.  Our patented material, which utilizes long fiber technology, allows for superior shielding of today’s high voltage components.   We have developed numerous applications for connectors, covers, enclosures and are currently jointly developing shielded cable with Delphi Automotive.   We are able to provide the same shield effectiveness as the aluminum or cast aluminum parts while providing on average a 60% weight savings.  Who says you can’t have your Bluetooth cake and eat it too?

Evangelos Simoudis, Managing Director at Trident Capital, believes that “in the next 10 years we will create more innovations that will impact the automotive industry than we have created in the previous 100” and that these  “disruptive innovations are coming from companies outside the traditional automotive ecosystem. The car as a computer on wheels is disruptive and enables the emergence of a completely new ecosystem and value chain.”

Disruptive innovation creates new markets, disrupts existing markets and replaces prior technology and thereby evolving existing markets to be productive, sustaining and value-driven. While new technology disrupts the status quo, technology can never be too disruptive.  As President Obama said, “change will not come if we wait for some other person or some other time. We are the ones we’ve been waiting for.  We are the change that we seek.” 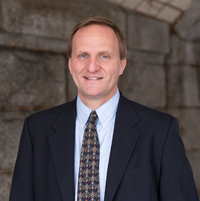