Although the system was developed primarily for the inspection of orthopedic parts it can equally be used for the automated inspection of any critical parts, for example aeronautical. 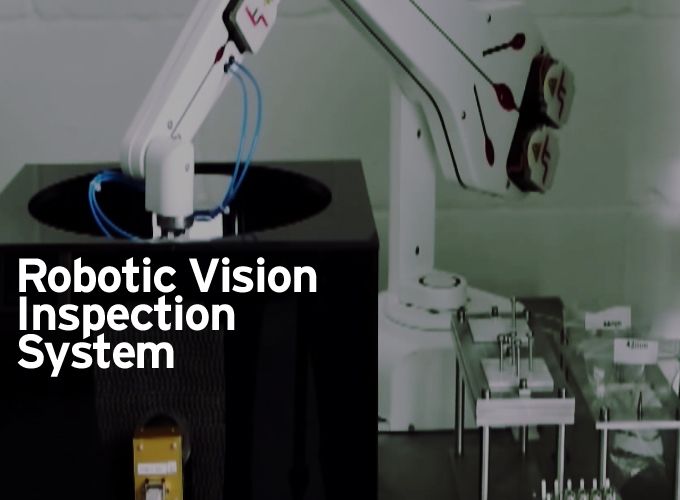 ST Robotics have collaborated in a joint venture with Lakeshore Vision and Robotics in Chicago in the development of an advanced vision inspection system. An ST R12 robot arm picks up the part to be inspected and lowers it into a chamber where a very high resolution camera takes multiple images. The robot rotates the part in front of the camera so an all-round inspection is possible. Measurements can be made down to 0.001mm resolution. 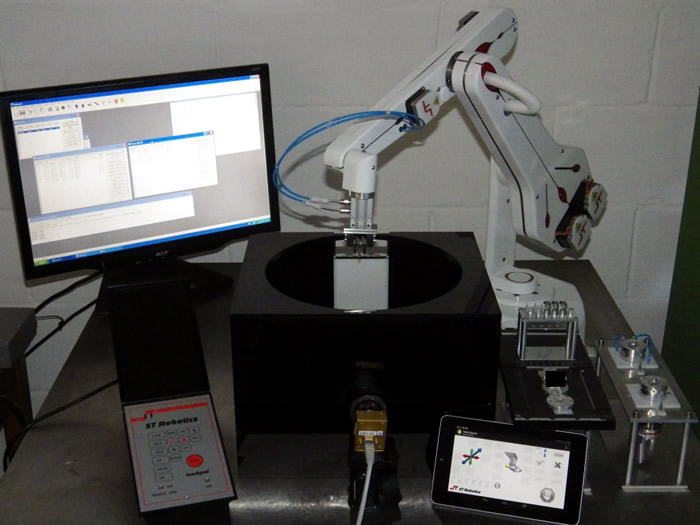 In this video the robot is also measuring the overall length of a part and sorting into bags:

The video also shows how different sizes or shapes of parts can be processed on the same system using automatic tool changers. 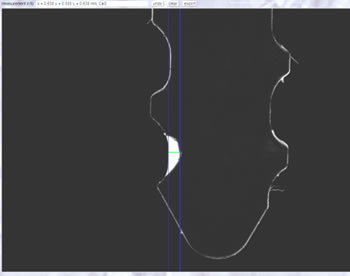 This where the part is compared to a known good part whose image is stored in the computer. The system shifts the images to totally align with the images of the golden part. Any difference is of course a defect and can be seen in the comparison images like the image to the right which shows a small defect and some debris. 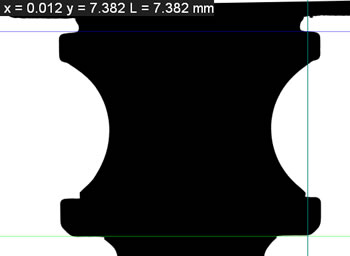 This is where no comparison is made but the system takes measurements of critical dimensions and angles to very high precision and compared to the CAD drawings. Again it can take them from many different angles with the robot positioning the part as required.

The image to the left shows a typical part with a dimension added. The system can measure any dimension and compare to specifications entered from the CAD drawings.

Although the system was developed primarily for the inspection of orthopedic parts it can equally be used for the automated inspection of any critical parts, for example aeronautical.

ST Robotics have decades of experience in industrial robots having sold hundreds of robots over the years. The company has 3 main models, R12, R17 and R19 all using a unique simple industrial technology that dramatically reduces costs resulting in the lowest priced industrial robots available. The same uncomplicated technology vastly improves reliability. ST backs this up with a 2 year warranty. Typical applications are routine testing, sample handling and also education.

The software is a different paradigm from most robots. It is command based; you type a command and see immediate action. Programming is a building block approach, building confidence as you program in small 'mind-sized bytes'. ST offers free unlimited technical support.