There really is an unusual affinity for human-like robotic things — which is why so much money is flowing to adapt these new social robots to quickly speak Chinese and Japanese in addition to English and to provide localized apps for their software stores.

2016 Will Be A Pivotal Year For Social Robots

1,000 Peppers are selling each month from a big-dollar venture between SoftBank, Alibaba and Foxconn; Jibo just raised another $16 million as it prepares to deliver 7,500+ units in Mar/Apr of 2016; and Buddy, Rokid, Sota and many others are poised to deliver similar forms of social robots.

These new robots, and the proliferation of mobile robot butlers, guides and kiosks, promise to recognize your voice and face and help you plan your calendar, provide reminders, take pictures of special moments, text, call and videoconference, order fast food, keep watch on your house or office, read recipes, play games, read emotions and interact accordingly, and the list goes on. They are attempting to be analogous to a sharp administrative assistant that knows your schedule, contacts and interests and engages with you about them, helping you stay informed, connected and active. 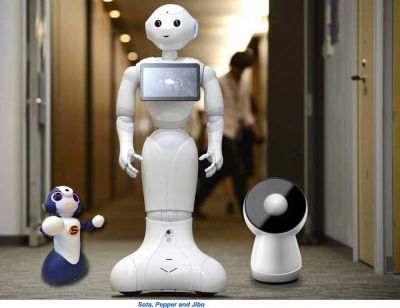 According to a research study by Tractica, annual shipments of consumer robots, a category that includes robotic vacuums, lawn mowers and pool cleaners as well as social robots, will increase from 6.6 million units in 2015 to 31.2 million units worldwide by 2020 with a cumulative total of nearly 100 million consumer robots shipped during that period. Although robot vacuums will remain the largest segment of the market over the next several years, the fastest growth will occur in robotic personal assistants, a category that is nascent today. According to the report, "the next 5 years will set the stage for how these robots could fundamentally transform our homes and daily lives."

As social and companion products come to market, they incorporate artificial intelligence from 1-5 years past. Yet almost every day there are breakthroughs in learning systems that will soon be commercialized and incorporated into future personal devices. These AI improvements will enable ubiquitous robotic and robot-like personal assistants and companions. Consequently, today's social robots are transition devices for early adopters to scrutinize, play with, suggest improvements to, and talk about - which is why 2016 is a pivotal year. It's the time when companies will sell enough units to learn whether their bots provide a real and lasting service or are just a passing fancy.

These new products fall into three categories and the primary ones, as determined by launch dates and invested capital, are shown below: 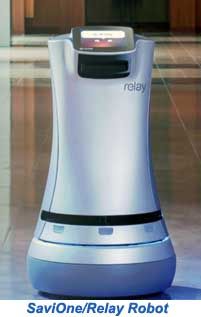 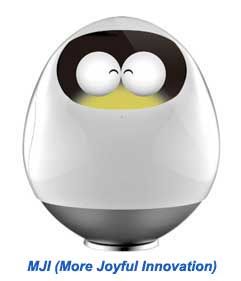 In addition to the products mentioned, there are many, many other cute and capable bots designed for children, STEM education, schools, therapists, disability centers and academia. They are all worthwhile products but not built for mass consumer adaption as the ones described above.

Bottom line: At this years iREX Robot Expo in Tokyo and at the Beijing World Robotics Conference, both held in November, social, humanoid and mobile robots were the biggest crowd pleasers. Ten years ago PopSci reporter Tim Hornyak wrote "Loving the Machine," a book about Asia's long-time fascination with robots. His insights still appear to be true: there really is an unusual affinity for human-like robotic things — which is why so much money is flowing to adapt these new social robots to quickly speak Chinese and Japanese in addition to English and to provide localized apps for their software stores.