As we go through our everyday lives, we rarely give much thought to the complex motions and movements our bodies go through on a regular basis. Motions and movements that seem so simple on the surface require more strength and coordination to execute than we realize. And these are made far more difficult as we age or when our health is in decline. So what can be done to assist us with these functions?

In recent years, my research team and I have been working on developing more practical and streamlined devices to assist humans with everyday movements, such as standing and sitting. Our objective was to determine if energy could be regenerated in prosthetic devices during these movements, similar to the way in which hybrid electric vehicles recover waste heat from braking and convert it into useable energy.

People use – and potentially generate – more energy than they realize in carrying out common, everyday movements. Our research for this project focused on the leg joints, and investigated which of the three joints (ankle, knee or hip) was able to regenerate the most energy throughout a sitting or standing motion. We were confident that determining this would lead to the development of more efficient locomotive devices for people suffering from diseases or disabilities affecting the muscles around these joints. 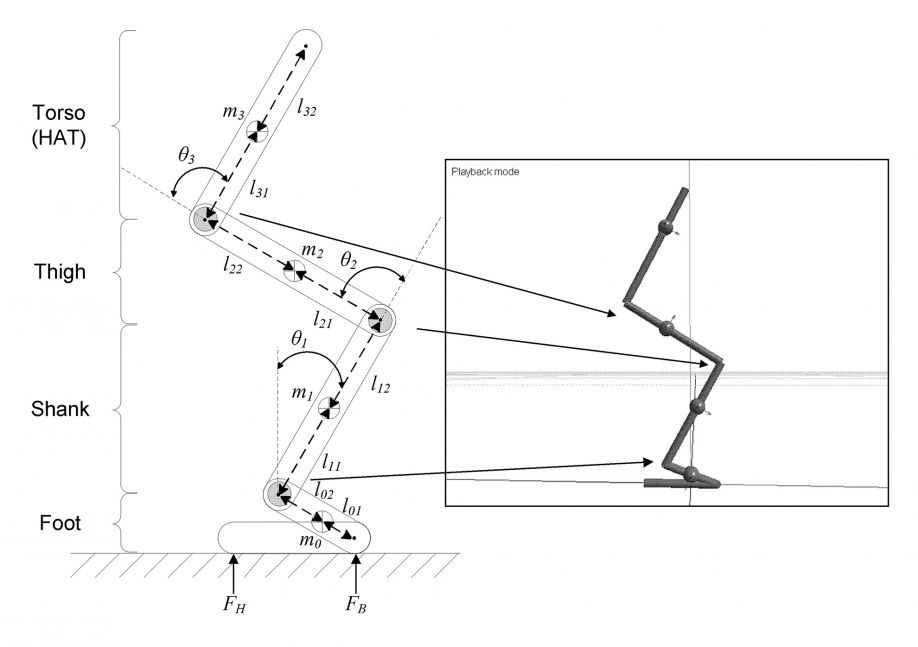 In order to identify the point at which regenerative power is at its peak, we determined that MapleSim was the best tool to help us gather the desired data. We took biomechanical data from actual human trials and applied them to a robotic model that mimics human movements when transitioning between sitting and standing positions. We created models to measure unique movements and energy consumption at each joint throughout the identified movements to determine where the greatest regeneration occurred.

To successfully carry out our research, it was essential that we were able to model the complex chemical reactions that occur within the battery needed to power the assistive device. It is a challenge finding this feature in many engineering software programs and MapleSim’s battery modeling library saved our team a great deal of time and effort during the process, as we were able to use an existing MapleSim model and simply make adjustments to fit our project.

Using MapleSim, we developed a simplified model of the human leg with a foot firmly planted on the ground, followed by a more complex model with a realistic human foot that could be raised off the ground. The first model was used to create a simplified model-based motion controller that was then applied to the second model. The human trials we conducted produced the necessary data for input into a multi-domain MapleSim model that was used to accurately simulate the necessary motions to properly analyze battery autonomy.

The findings that resulted from our research have useful and substantial applications for prostheses and orthoses designs. If one is able to determine the most efficient battery autonomy, operation of these assistive devices can be prolonged, and smaller, lighter batteries can be used to power them. Ultimately, our simulations and the resulting data create the possibility of more efficient devices that can reduce joint loads during standing to sitting processes, and vice versa. 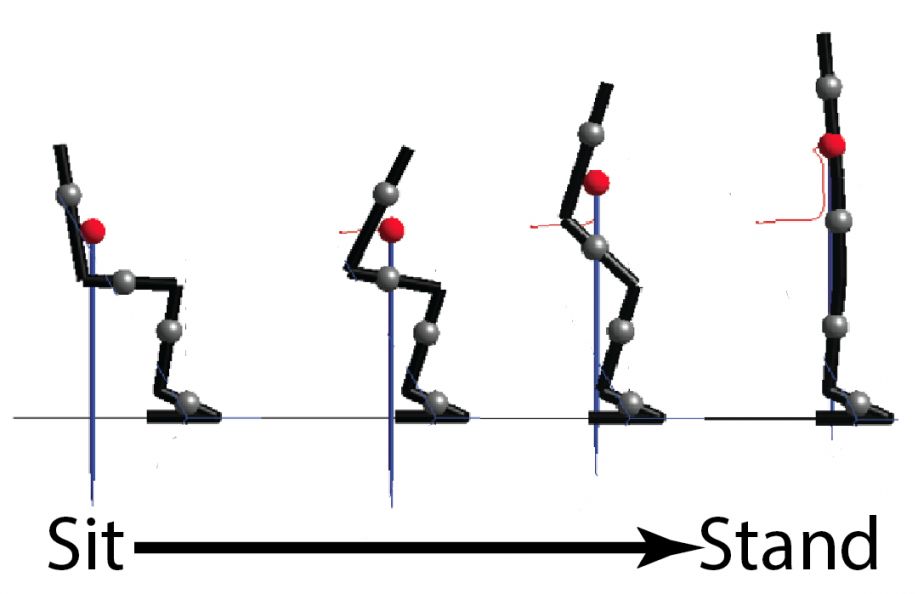 About Dr. James Andrew Smith
Dr. James Andrew Smith is currently a faculty member in York University's Lassonde School of Engineering. He specializes in experiential teaching and conducts research in human birth modeling and robotics. Dr. Smith received BSc and MSc degrees in Electrical Engineering at the University of Alberta, and completed a PhD in Mechanical Engineering at McGill University. In addition to teaching awards received at the University of Alberta, he is a recipient or co-recipient of four IEEE Real World Engineering Projects awards from 2007 to 2010.  He was also co-recipient of second place in the design competition at the 2012 Healthcare Innovation Conference in Houston Texas.