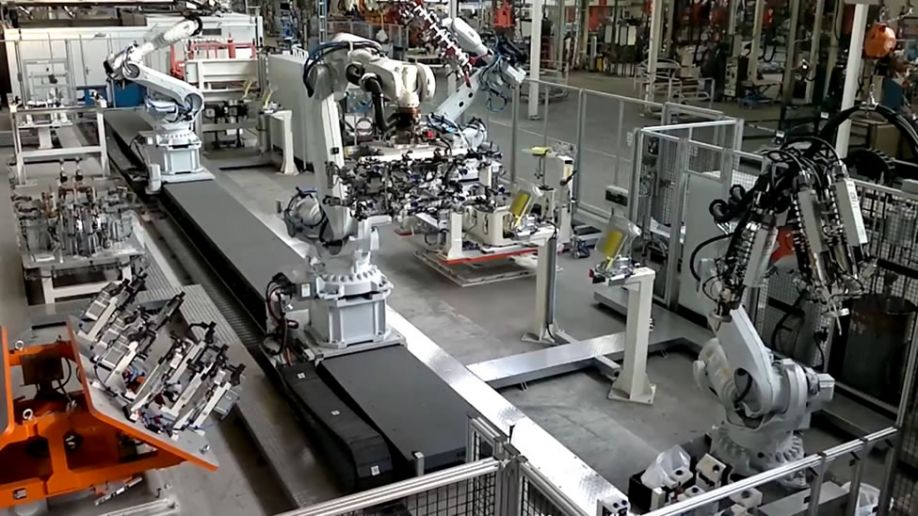 In a recent project for Mercedes-Benz (Daimler AG) RobCo S.W.A.T. used RoboDK software to simulate ABB and Motoman robots working on a range of automotive manufacturing tasks including assembly and painting.

It is easy to imagine the time saved by using the latest simulation tools to develop vision guided robotic applications.

How Sensorimotor Intelligence May Develop

From Institute of Science and Technology Austria: Robotic systems controlled by a neural network spontaneously develop self-organized behaviors. Researchers propose a novel learning rule in PNAS to explain the development of sensorimotor intelligence. It is fascinating to observe a robot exploring its physical possibilities and surroundings, and subsequently developing different self-taught behaviors without any instructions. In their paper (DOI: 10.1073/pnas.1508400112) published on October, 26, 2015 in PNAS (Proceedings of the National Academy of Sciences), Professor Ralf Der from the Max Planck Institute for Mathematics in the Sciences, und Georg Martius, Postdoc and Fellow at the Institute for Science and Technology (IST Austria), demonstrate the emergence of sensorimotor intelligence in robots based on their proposed learning rule... ... To test their hypothesis, the authors use bioinspired robots consisting of a humanoid and a hexapod robot in physically realistic computer simulations. The robots receive sensory input from their bodies but are not given any form of instruction or task. What can then be observed is a rich spectrum of rhythmic behaviors of the robots as they explore various movements. Solely because of the tight coupling of environment, body, and brain (in this case an artificial neural network), the robots can obtain feedback from their situation and adapt quickly. This, together with a simple, learned self-model, allows them to develop a form of sensorimotor intelligence... ( full article ) ( paper ) ( videos and other materials )

If your robotics research depends on accurate models, you may want to consider looking at MapleSim® 2015 - a high performance physical modeling and simulation tool developed by Maplesoft™.