The insect drone takes on the functions of larger UAVs, but reduces the larger drones down into a miniature undetectable device. 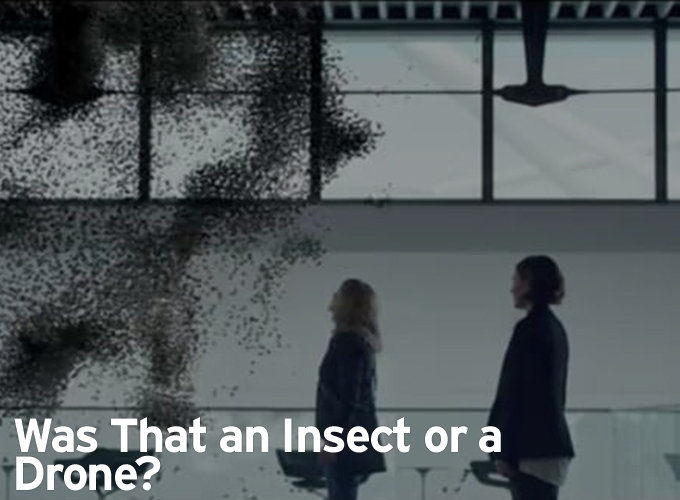 There are 273 identified flying insects. Yet for the longest time, scientists have not been able to figure out how they fly. For these insects, flying is a way to provide access to food that other creatures can't reach and a speedy escape from predators. Entomologists believe that these invertebrates were the first creatures to fly, going back 360 million years. 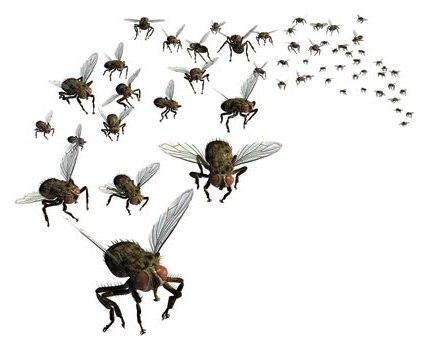 Scientists have puzzled over how insects perform their astounding acrobatic aeronautics. Scientists are still studying their flight patterns, but have started to apply the principles of insect flight to the designing of cutting-edge drones. These insect drones are also called micro air vehicles (MAV) or Micromechanical Flying Insects (MFI). 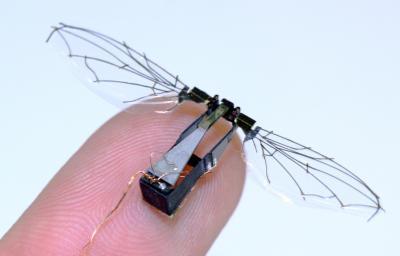 On the upstroke, insect wings move unlike those of most other flying creatures. The wings move in a figure eight motion. As the insect wing nears the end of a forward stroke, the wing rotates backward, twisting upside down, parallel to the ground. This rotation accelerates the flow of air over the wing. Both the upstroke and the down stroke produce a surge of lift and speed. The rotation, combined with highspeed wing flaps, whips the air flowing over the top of an insect’s wing into a swell of curling vortexes. The vortexes act like air streams that flow from a propeller, and are critical for insects to hover.

Following this motion, scientists have developed a tiny, insect-sized drone that can stop, take a break, then take off again. These insect drones would have many practical applications, such as observing disaster areas, forming communications networks, and spying. Their biggest problem is that they usually run out of power because of the amount of time spent in the air. 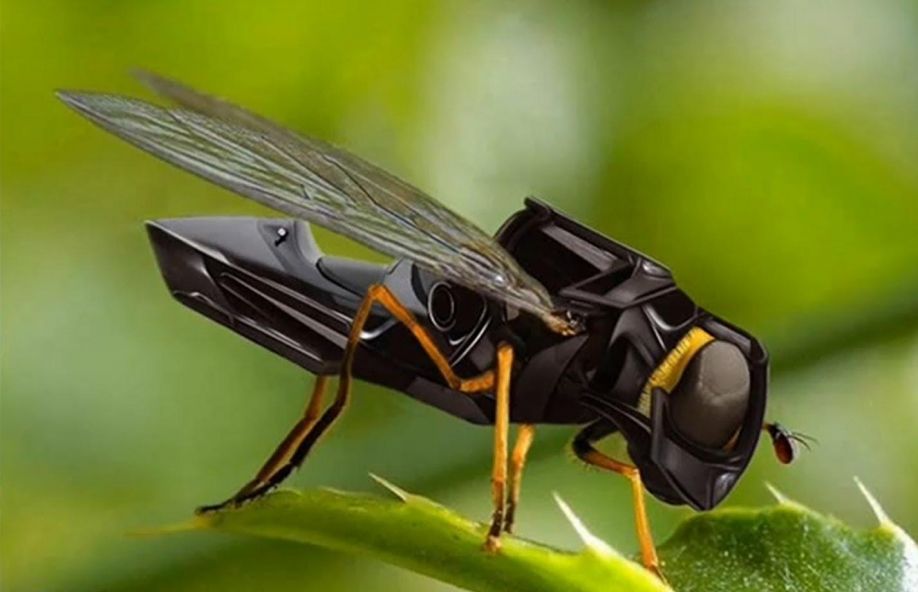 Referring to drones, biorobotics’ goal is to harness nature’s unique ability to fly through all environments while avoiding obstacles, and ultimately have these insect drones fly without human control. Scientists are using high-speed cameras to plot the movement of insects in nature and create autonomous insect drones.

Honey-comb carbon fiber bodies and silicon joints are used, costing around 10 cents to construct. The power supply is a battery pack rechargeable through solar panels on the exterior body. The sensory system consists of two eyes and multiple temperature, wind, and speed sensors. The wings are connected to respective actuators, while an internal network of algorithms and sensory signals gives the drone the ability to communicate. Unlike other UAVs, the insect drone must have an autonomous computer system because it is too small to be controlled by a remote. Once the action has been decided, the signal moves on to the inertial system to distribute the specific functions in respect to the action of the wings. The wings then use several sensors to deliver the most accurate wing thrusts to fulfill the action.

Recently, Amazon was awarded a patent for a miniature, voice-controlled unmanned aerial vehicle assistant to be used by everybody from police officers making traffic stops to shoppers looking for their parked cars. Off-board processing could be used to greatly reduce the size of the assistant compared to today’s drones while greatly increasing their capabilities. Off-board processing is where the global positioning system (GPS) is not used and computer vision is employed. Such a scenario is a UAV assistant that would launch from a dock on a police officer’s microphone to act as a mobile dash cam and miniature partner. 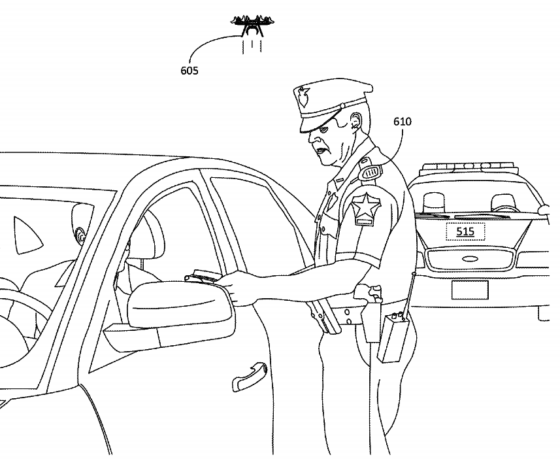 Suppose you look forward to the latest iPhone but there is a long line. You want to know how many people are ahead of you to determine if the wait is worth it. You can simply say ‘hover’ to the insect drone and the drone can take up a position at a predetermined distance above the user. Maybe you can just wait for that new phone. This same drone can be used to find someone in a crowd.

A product of the U.S. Army, the robo-fly, will be used for spying. Speeding through dangerous indoor spaces at 65 feet per second, the insect drone would allow reconnaissance to be conducted with no risk to human life. The wings of the robo-fly are made of zirconium titanate (PZT), a material that flaps and bends when voltage is applied. 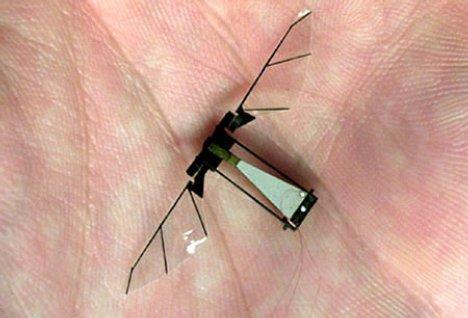 The British military has a spy drone that is the size of a dragonfly and can fit in the palm of a soldier’s hand. This tiny drone has four wings and four legs so that it can fly seamlessly through the air and perch on a windowsill like a dragonfly. It can fly into a room full of enemy soldiers and report back. 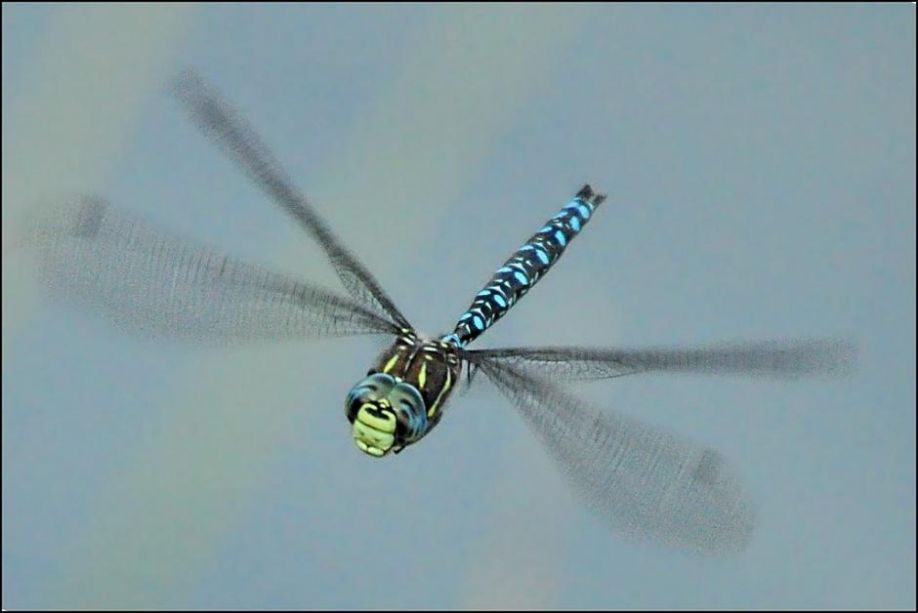 The algorithms developed in the program could enhance other types of unmanned missions, including underwater environments where GPS systems don't work.

How about an insect drone that is capable of walking on water and even jumping from the surface without sinking? Walking on water is common in the natural world and tiny insects are particularly good at it. After observing many water striders, which are great water-walkers, and analyzing their movements, scientists cracked the secret. The water strider’s legs are slightly curved at the ends, and its leg motion is rotational, which enables it to leap without breaking through the water. These drones could be used to monitor ecology, or kill mosquitoes. 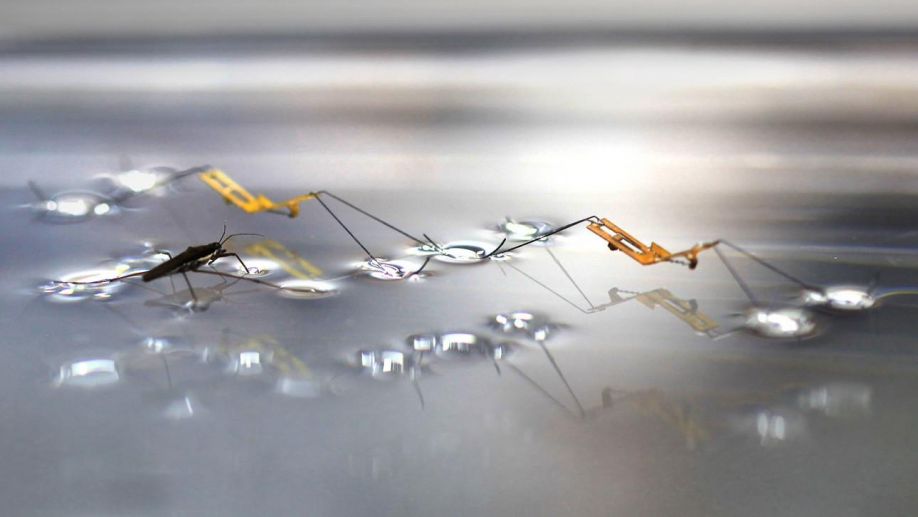 To avoid collisions, scientists are copying the eyes of a fly. These artificial eyes weigh just two milligrams and take up just two cubic millimeters. They can detect motion in a range of conditions from a poorly lit room to bright sunlight, and do it three times faster than real flying insects. The sensor features a lens on top of three electronic photodetectors in a triangular pattern. By combining the measurements of each of the individual photodetectors, the device can quickly determine the speed and direction of any motion in its field of view. This is very similar to how the segmented eyes of insects work, and allows very efficient avoidance of obstacles.

The insect drone takes on the functions of larger UAVs, but reduces the larger drones down into a miniature undetectable device. It virtually eliminates size and noise level and increases versatility beyond the capabilities of current UAVs. The problem of reducing the size of drones down to insect size raises the problem of creating a supple frame and a pair of wings with an autonomous computer to control them. Although not quite there yet, the ideal insect drone is not far off.