The company pays the robot monthly, plus payroll taxes. The robot pays income tax and a percentage of the robots wages go to the RMWP. The RMWP (Robot Minimum Wage Plan) collects the money and distributes it to the displaced workers. 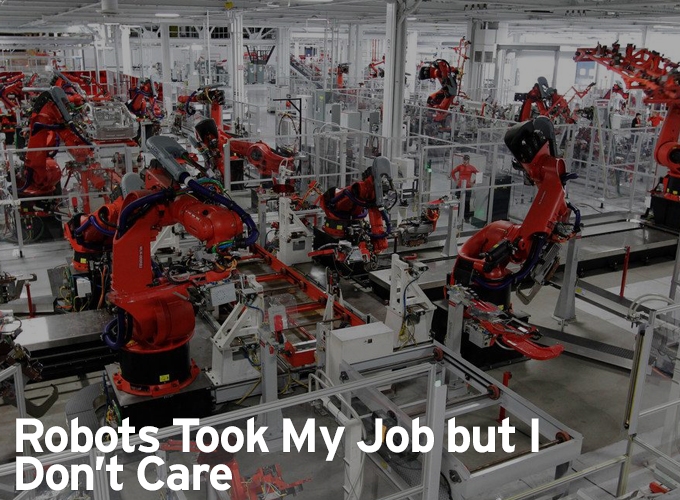 It’s a warm summer day in June, 2151. Jason was lounging in his back yard, lathered in suntan lotion, allowing his mind to wander.

Jason used to work for the Acme Manufacturing Company, but hasn’t worked a day in ten years; and he didn’t really miss the work, especially since he was receiving a monthly check from the RMWP.

His life was much improved since the days of his grandfather, who worked ten hours a day tightening wheel nuts in an automotive factory. Although he worked long hours, gramps barely made enough to feed his family not to mention taking a vacation, or just laying around the back yard like Jason is doing today.

Now, Jason’s old employer is using robots to perform most of the manufacturing. The company discovered that it was easier to hire robots from Robotics Inc. Instead of paying Jason, the company pays Robotics Inc. an hourly wage for each robot that they hire. The more complicated the job, the more Acme pays an hour for the robot.

This made a lot of sense, since the hourly wage was low, but the typical robot worked 24/7, which would have cost the company a lot more if it had three shifts of human workers. The pay procedure is not much different from when Jason worked. The company paid the robot monthly, plus payroll taxes. The robot paid income tax and a percentage of the robot’s wages went to the RMWP.

The RMWP (Robot Minimum Wage Plan) collects the money and distributes it to the displaced workers. The money that Jason gets from the RMWP is not a lot but he gets by as he keeps his expenses at a minimum. One thing he does worry about is should a major emergency strike, he wouldn’t be able to handle the situation, as he lives from check to check.

Jason remembered when the RMWP was first proposed. It triggered a spirited debate about the relative merits of the various ways of structuring the payment system. Many proponents claimed the system would pump a lot of new cash into the economy, while others claimed that social programs like the RMWP removes the incentive for people to earn an income and support themselves. People respond to incentives. For example, they work because there is an incentive to survive. Since they no longer must work, they no longer have a need to produce.

Jason’s wife Alice comes out with a tray of lemonade thanks to the lemon tree in their yard. “Why don’t you work a few days a week. It sure would make things a little easier. We could even upgrade our holographic TV.”

“You know, I’ve been thinking about that. The factory needs support for the robots. I know enough about them to keep them running smoothly. The supervisor in my old department said that I could work three days part-time, which would make our life more comfortable.”

Alice replied, “Trent and his wife work five days a week just like the old days. He works three days and she works two. With the money from the RMWP and their part time money, they have added many upgrades to their home, a pool and they even send their kids to private school.”

Taking a sip of the cold lemonade, Jason thought about the possibilities. He has highly successful friends who design, build and install robots. Their jobs are office oriented and clean. No dirty factory work for them. The robots do all of that.

Jason set his glass down, “You know this system is really improving the economy. We get more leisure time and if we work a part time job, we can afford some luxuries.

Alice replied, “That’s what I’ve been trying to tell you. I plan to take more courses in robotic design. I’m tired of not having anything to do. The Rumba cleans the house; and the 3D printer makes fixing dinner a breeze. Maybe if you put in some extra time, we can afford a new Tesla,” Alice said, as she smoothed some of Jason’s suntan lotion on her arms.

“Hi, neighbor,” called Sam as he strolled across the lawn. “Looks like you two are really taking advantage of the RMWP handouts.”

“Just because you hold down two jobs, Sam, I don’t see you turning down your payout from the RMWP.”

“I just wonder if this social experiment is good for the people? Responded Sam. I understand that crime is up in some areas. People just have too much time on their hands; and the RMWP payouts are just not enough for some people to live on.”

“I agree with that,” said Jason, “The schools are also facing more drop outs than ever. Many students feel that they don’t need an education if the RMWP is going to pay them for not working.”

“I also heard that births are up,” Alice added. “I wonder if the RMWP will have enough money coming in to give everyone a decent amount of money as the population grows? They might decide to cut into the money that we get”

Sam chipped in, “The opponents of this program suggest that the program creates circumstances in which the government gains too much control over us individually. By relying on income from the RMWP, we allow the government to have more say in our individual choices. I expect that we will see more day-to-day control on our freedoms because the RMWP is paying us.”

Sam paused, looked at his iWatch and exclaimed, “Hey, I have to run, my personal trainer will be at my front door any minute now.”

Jason and Alice said their goodbyes to Sam and watched as he retraced his route back to his house. Jason spoke first,” There some good benefits to this program. Now, someone like yourself can further their education and better themselves using the money from the RMWP while working part time and going to school the other days.”

“Don’t forget, it prevents starvation, disease and overall misery among the poorest of the population. We don’t have homeless people living on the street any longer,” added Alice. “This heat is getting to me. I’m going in.”

“Be there shortly,” responded Jason, as he laid back, thinking. There might be some negatives to having robots do all the work, but the benefits to humans are enormous. We have more leisure time to spend with our families. We can work as little or as much as we want, knowing that there is some income to fall back on.

With robots doing the manufacturing, the products that we buy are mostly defect free. There are fewer work injuries and almost no vehicle deaths because of autonomous cars.  Yes, robots took my job, but I don’t care. 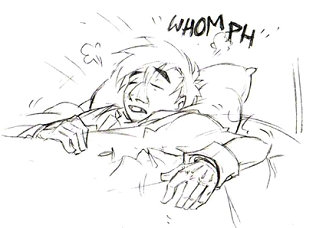 “Jason, wake up. You overslept and will be late for work. You know how that new supervisor blows his top when you’re late,” Alice yelled.

Jason rolled over and pulled the covers over his head. “You woke me from a great dream. Robots work and I get paid for their work. Now, I’ll never know how it turns out.”