Mobility is a powerful enabler to intelligent robots as it increases the utilization of the robot in different form factors (land-based, air-based/space/drones, water-based and wearable/exoskeleton) and various applications. 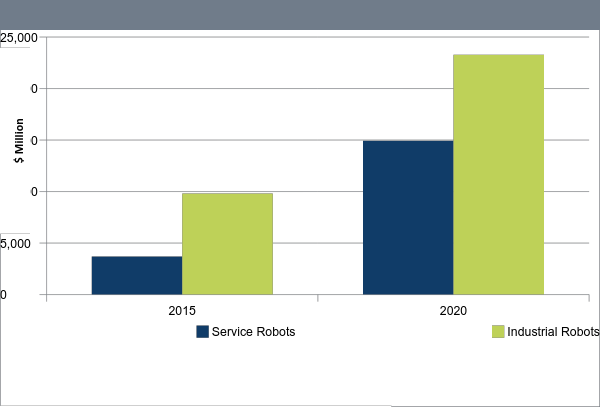 Most of the industrial robots will go the way of “Better, cheaper and faster”.

Most of the service robots will go the way of “Intelligent, Friendly and mobile”

More and more needs for customized or personal products are driving the changes in the manufacturing industry.  In order to shorten time to market, be customized, be flexible, manufactured locally, and produced with small batch size, some companies are trying to transform their traditional plants to the new way.  Part of the industrial robots, such as the collaborative robots, will become “Intelligent, Friendly and mobile”.

Most of the professional service robots and domestic service robots are working in the environments which are dynamic, unpredictable and unstructured. The types of service robots are much more diverse in various applications such as medical, logistic, construction, agriculture…They also have to interact with people frequently.

These robots are going the way of “Intelligent, Friendly and mobile”. These intelligent robots could have below abilities: to learn with the support of AI, cloud and big data; Easy, safe and friendly human-machine interface; Ease of movement.

​Many large companies are currently working to make more intelligent self-learning robots. For example, Google is training its 6-axis robots to pick up objects of various shapes and materials. These robots are not pre-programmed for specific object and their failure rate is high when encountering a new object, but they are able to learn from every failure and try to find the right strategy to pick up the object next time. The robot can learn from its unsuccessful and successful trials, and also share the experience with other robots via the cloud.

Autonomous Navigation and Mobility is one of the critical differences between intelligent robots and traditional industrial robots.  Mobility is a powerful enabler to intelligent robots as it increases the utilization of the robot in different form factors (land-based, air-based/space/drones, water-based and wearable/exoskeleton) and various applications.

The largest and earliest applications of mobile robots are the warehouse-based systems and intra-logistics operations within factories and the retail environment. Many industry giants have stepped into this area by acquiring mobile robot companies, such as KUKA acquiring Swisslog, Amazon acquiring Kiva, and Omron acquiring Adept.

In conclusion, traditional industrial robots and service robots are going their two separate ways: the way of “Better, cheaper and faster” and the way of “Intelligent, Friendly and mobile”. These intelligent robots could have the abilities of “learn with the support of AI, cloud and big data”; “Easy, safe and friendly human-machine interface”; and “Ease of movement”. 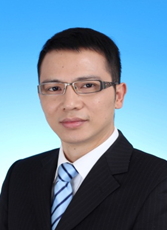