For commercial robotics–where hitting a wall or a person with an 800-pound machine would be catastrophic–being confident that the robot is safe, secure, and well supported is critical. 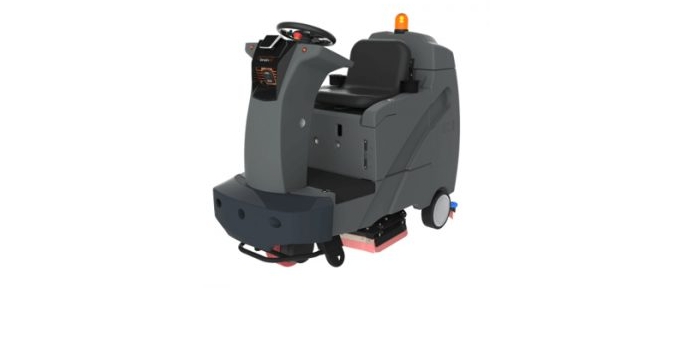 Tell us a bit about Brain Corp and your role in the Robotics Industry?

At Brain Corp, we’re committed to creating the most robust navigation solutions for autonomous robots that operate in complex and crowded indoor environments. For commercial robotics–where hitting a wall or a person with an 800-pound machine would be catastrophic–being confident that the robot is safe, secure, and well supported is critical.

That’s why everything we do at Brain Corp is about establishing BrainOS as the most trusted brand for commercial robotic navigation. We want retail giants like WalMart, mall operators like Simon Properties, and neighborhood stores like JIMBO’s to feel confident that if BrainOS is powering a robot, they don’t have to be concerned about how it will perform or if it will be safe.

How is BrainOS transforming robotics?

By creating the most trusted operating system for indoor self-driving technology Brain Corp empowers OEMs that don’t want to be left behind by competitors and innovative robotics companies that don’t have the resources or time to develop commercial grade navigation, a robot that commercial buyers can trust.

How does it differ from other navigational AI on the market?

A programmer with a free weekend, a $1000, and a case of red bull can build a robot that is good enough for a YouTube video or a staged demonstration. But that last 15% or 20%, the code you need to offer a robust product, is really hard and very expensive to develop.  What makes BrainOS different is that we’ve figured out the last 20% and have the resources to execute against it.

How does Brain respond to the concerns around robots and job loss?

Demographic trends indicate that robots replace tasks not jobs. For example a BrainOS-enabled floor cleaning robot doesn’t replace a janitor. What it does is enable the janitorial staff to focus on higher value work. Will robots have a profound impact on the workforce? Of course they will. But can you identify a time since the start of the industrial revolution when society hasn’t had to cope with these kinds of changes as a result of technological advancements?

What is the strategic imperative supporting Brain's work with and investments in robotics startups?

Strategically, we work with startups because some of the best concepts and ideas come from companies that also have limited capital, both human and financial. Many of these companies understand that by adopting BrainOS they can place more of their resources on their core competency instead of spending precious time and money on a general robotics problem. A problem, by the way, that on its own requires a significant investment and doesn’t necessarily earn them any revenue.

As to why we’re interested in investing in them, it is clear to us that startups that adopt BrainOS will have more time to focus on their core competency, the competency where they are going to earn their money, making them more likely to succeed. By investing in these companies, we believe that we can capture some of that additional value.

Why do we invest in BrainOS licensee startups?

Brain Corp didn’t develop BrainOS strictly for floor care. We built BrainOS to be the most trusted name for commercial robotic navigation and part of achieving that vision will largely depend on our expanding beyond floor care.  A market, by the way, where we have six licensees either selling or in the process of selling BrainOS-powered robots.

We believe that investing in our partners’ futures is an investment in our future. But startups are just one area of interest: We’re also talking to more established OEMs across a wide range of industries and specialties that have come to the realization that they’re going to need a robotic solution to compete in the future.

How will Savioke integrate the BrainOS technology into its Relay product?

Savioke is a perfect example of our business model. By working with Brain Corp and using BrainOS, Savioke will focus on their core competency instead of spending precious resources on general robotics problems that require a significant investment in resources to solve. Savioke has specific expertise in hospital and hotel delivery; they create advanced systems to integrate with building infrastructure in these environments and tailor their Relay robot interface to work seamlessly alongside hotel and hospital employees. By providing Savioke with BrainOS, Savioke‘s engineers can focus on these value-added capabilities.

Once Brain Corp partners with a robotics or machinery company, what are the steps required to implement BrainOS into the machines and bring the final product to market?

Today, it is still very much a collaborative process. Once both parties agree on the business case, individuals from our innovation and engineering teams along with the platform group work with our partner’s key people to establish the scope of work, divide responsibilities, and determine the time to market and other targets. As we do more of these projects, we expect the process to eventually become plug and play.

What’s next for Brain Corp? Are there any other technologies you would like to talk about here?

I’d love to tell you that we’re working on a breakthrough in something so big that if I told you I’d have to shoot you. But I can’t. The truth is, our focus and all our efforts are dedicated to building the best solution for navigating autonomous robots indoors and in complex environments. That should keep us pretty busy for a while.