Marty and his robotic kind roam the stores unassisted, using embedded cameras to navigate and avoid customers and store displays. They are capable of spotting spills and items in the aisle and alerting customers and workers to the hazards. 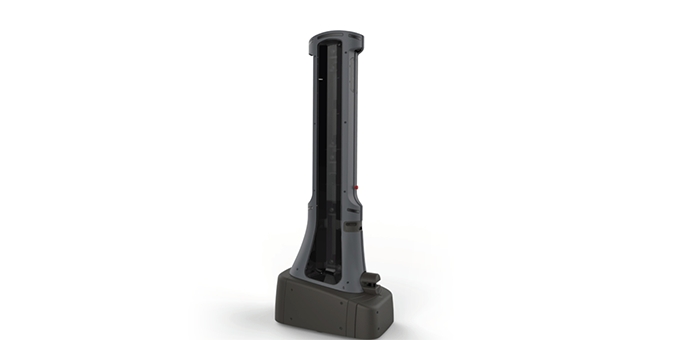 Grocery stores are well known for being an overcrowded, confusing mess. Whether your needed item is out of stock or your aisle is blocked by a spill, a simple trip to the grocery store can turn into a nightmare.

“Marty” may be the perfect solution to grocery store chaos. He’s as tall as the highest grocery shelf, slender, slow moving, and a creature of few words with large eyes. Marty is a robot that can be found trolling grocery aisles, looking for spills, on alert of tripping hazards, and scanning shelves to check on product.

Netherlands-based food retailer Ahold Delhaize will be cutting almost 500 Martys to work in Giant Food Stores, Martin’s and Stop & Shop stores by summer. Other large retail stores already have autonomous robots like Marty scrubbing floors in stores across the country while countless others are testing or considering the new technology.

Marty and his robotic kind roam the stores unassisted, using embedded cameras to navigate and avoid customers and store displays. They are capable of spotting spills and items in the aisle and alerting customers and workers to the hazards.  Some can clean, and some can check inventory items and detect incorrect pricing. Retail stores are also jumping into the fray: Lowe's Home Improvement has worked with information technology company Fellow Robots to develop a robot that can find products for customers in multiple languages and guide customers through stores.

The ability to constantly monitor conditions with a robot can lead to cost savings. Employees spend hours each day checking for hazards and checking inventory. One tester, Schnucks grocers, told Grocery Dive that shelf conditions quickly improved, and in some cases, employees worked to get out ahead of the robot.

Global hospitality research firm IHL Group estimates that grocers and other retailers lose up to 4 percent in annual revenue a year due to product being out of stock or misplaced. IHL also says that 20 percent of customer trips to grocery and drug stores end in the customer not finding an item in stock. In addition, the data collected by these robots has the potential to help stores with operations, inventory management, and scheduling more timely delivery of products.

While industry experts concede that using robots might reduce costs and improve execution, some believe many retailers would be better served by investing in other forms of technology.

Customer reactions have been mixed. Many customers are intrigued and delighted, even taking selfies with the robots; others become annoyed if the robots get in their way. Whether the technology attracts a younger, tech-savvy demographic, or is simply viewed as a passing fad, remains to be seen.

For now, the impact on workers appears to be small, as the robots primarily assist workers in identifying problems. However, the floor-cleaning robots are self-driving machines that eliminate the need for workers to drive the scrubber. As the technology grows and additional functions like stocking shelves become automated, workers may be freed up to perform other tasks (including deploying and maintaining the robots) or may end up displaced.

In a recent story on the use of robots in groceries and other retail stores, The Washington Post reported a statement it received from the president of the United Food & Commercial Workers Union International Union: “The aggressive expansion of automation in grocery and retail stores is a direct threat to the millions of American workers who power these industries and the customers they serve. When companies automate these jobs, they hurt workers who need these jobs to earn a living. They also shortchange shoppers forcing inferior customer service and products on them for the same price.” The statement concluded: “We’ll be watching.”

Labor unions will be watching for opportunities to be involved in any changes affecting employees. Whether the robotic technology involved are self-driving floor scrubbers or self-driving trucks, employers using robotics may have a duty to bargain with a union representing affected employees. The duty to bargain may attach to the decision itself, or to the effects of the decision, depending upon the circumstances. Unionized employers considering introducing robotics into the workplace should review their plans with a labor attorney to assess whether they have a duty to bargain over the changes and to assess other potential impacts on the bargaining relationship.