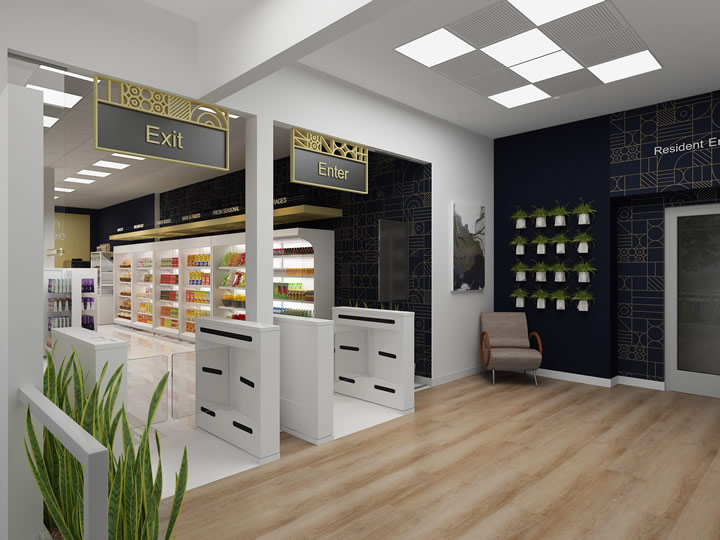 Valet Market is a new way for consumers to shop for everyday items. They simply download the app and use their phone to check in to the store. Once inside, shoppers can select desired items and walk out without having to wait in line to check out.

Readers Choice 2020: How Do You Train a Retail Robot?

Here are some lessons learned while shepherding grocery robots as they've logged more than 250,000 miles of pilot runs and hundreds of actual deployments.

Robots in Grocery Retail: The Questions You Need to Ask When Adopting

04/16/19, 08:18 AM | Mobile Robots | retail
Automating data collection in the brick-and-mortar space continues to be an elusive goal. Yet to achieve the highest level of efficiency across the supply chain, automation is the target everyone is chasing. Marty and his robotic kind roam the stores unassisted, using embedded cameras to navigate and avoid customers and store displays. They are capable of spotting spills and items in the aisle and alerting customers and workers to the hazards.

Walmart's BrainOS-powered floor scrubbers allow store associates to quickly map a route during an initial training ride and then activate autonomous floor cleaning with the press of a single button.

06/21/18, 08:06 AM | Mobile Robots | retail
The high-cost barrier associated with AI, computer vision and robotics will ultimately be overcome by the potential for these technologies to offset the inherent disadvantages facing physical stores today,

Walmart is using shelf-scanning robots to audit its stores 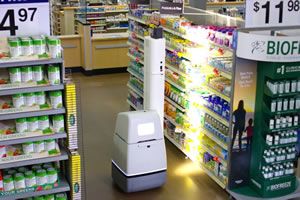 James Vincent for The Verge: The retailing giant says the robots introduction wont lead to job losses, and that the company wants to save employees from carrying out tasks that are "repeatable, predictable, and manual."

Pepper the 'emotional robot' makes its way to Silicon Valley

Lauren Goode for The Verge:  Pepper, the humanoid robot created by Aldebaran Robotics and SoftBank Mobile, is slowly making its way to the US — and it’s starting in Silicon Valley. The robot was seen in action this week at the b8ta store in Palo Alto, California, a gadget shop launched by former Nest employees. Pepper was on a demo loop at the store, so we weren’t able to fully interact with it. But the idea behind Pepper is that it’s supposed to interpret and respond to a variety of customer needs. Using a combination of 2D and 3D cameras in its eyes and mouth, plus four multi-directional microphones, Pepper is able to "read" four human emotions — happiness, joy, sadness, and anger — and respond accordingly. It rolls up to you, raises its hands in greeting when you introduce yourself, and turns its head toward you when you move or talk. It is toylike and adorable.   Cont'd...

11/13/15, 11:37 AM | Other Topics | retail
From Mashable: That's right; online used car retailer Carvana has officially unveiled its first vending machine completely stocked with cars. Standing at five stories tall, the coin-operated (yes, really) glass tower vending machine can house as many as 20 used cars at a time. The facility also includes a welcome center and three customer delivery bays to which the cars are dispensed... ( full story )