Like smartphones and PCs, robotics began as a hardware revolution, but today, software is the force that’s reshaping the industry. Are you ready? Here are six crucial questions every company needs to ask about the software behind their robotic solutions

Question #1: Is it intuitive?

Robot manufacturers today like to boast that their systems are intuitive, but the realist is that most robot controlling software requires hours of under-the-hood work writing delicate programs and scripts to perform even the simplest of tasks. That is not intuitive robotics. Countless hours spent hacking together the code needed to run your robot means lost productivity and lost time spent getting a robot to do what it needs to do. The ActinTM SDK can do this.

Actin offers a straightforward, drag-and-drop interface to deep capability and flexibility in robot control. Using Actin, even an inexpert user can still access cutting-edge features otherwise available (if at all) only to the most sophisticated and experienced robotics programmers today. These features include:

With just a point and click, a user can select objects in an environment as objects for Actin to track, manipulate, or avoid. Whether it’s operating one, two or twenty robots on a task, Actin will ensure all robots it powers do not collide with obstacles in the environment. And, just as important, Actin will also automatically ensure the robots do not collide with themselves.

Moreover, if a workspace changes, Actin similarly requires no fiddling or tweaking to operate in its new environment. The kind of change that hobbles other systems could just be a different layout or a few new items in its field of view. For some robot control systems, such seemingly trivial changes could still involve expensive hours offline spent retooling. With Actin, a robot can dynamically adjust to changes in the environment, often with no programming. When task programming does need to be adjusted, the intuitive interface allows for rapid adjustment.

Many robotic tasks require sensitivity to speed, acceleration and orientation of the object throughout a task. Imagine depositing a precise, thin line of adhesive from a tube onto a surface, for instance, or moving a box filled with small, easily spilled parts. It’s not enough for the robotic arm just to get from point A to point B. Most “intuitive” robot control systems are not intuitive at all in this realm.

Again, they require hours or days from your team cobbling together code that Actin needs no further code to perform. Actin is in fact built on industry-leading proprietary optimization code that enables the robots it controls to run some of the most challenging tasks in robotics today – all within its drag-and-drop interface.

Because Actin has already solved the fundamental optimization problems, it provides headroom for additional computations that other robot control software simply doesn’t have the clock cycles available to perform. So extremely hard problems with other controllers can become closer to routine for Actin.

So, for instance, optimizing an arm’s motion over a geometric surface and carefully constraining a gripper’s force profile are all within the GUI capabilities for Actin. This might sound academic till you consider a real-world application of this capability: A robotic arm that can assemble, say, sensitive medical or wearable devices versus a robotic arm that can’t.

Optimizing for strength and accuracy.

In some cases, the strength and accuracy needed for a task also acts as a tradeoff for greater speed or brute force. And a smart system will be able to optimize these tradeoffs and pick the perfect balance between competing factors. Many robotic control systems simply cannot do this, let alone intuitively. Actin can.

“I never thought it would be possible to create sophisticated multi-robot hand-off procedures using a simple drag-and-drop interface, especially when dealing with the large number of axes we have. But with the Actin software that’s exactly what we’re doing,” said Roald Valen, Control Systems Manager, Robotic Drilling Systems 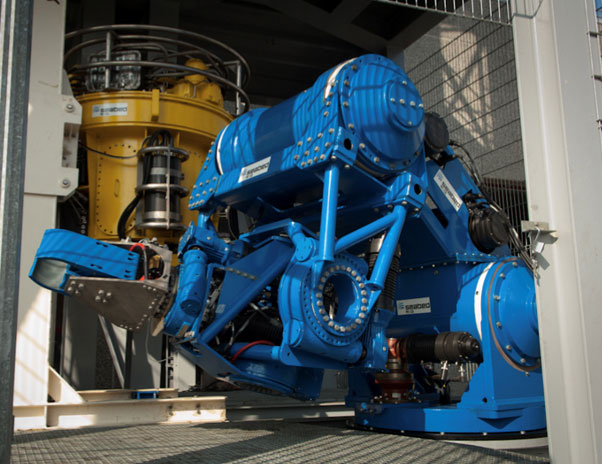 Fig. 1 – Autonomous Oil Drilling. Actin's powerful motion planning capabilities allow RDS to create only a few programs, each of which can handle different types of subs and pipes in different locations. These programs work even machines or objects on the rig have moved since when the programs were created.

Question #2: Does it work with any robot

Actin is robot agnostic, meaning it operates across robotic hardware platforms. And if a task is physically possible for a robot – e.g. it’s within the robot’s physical workspace and requires no more degrees of freedom than the robot has – then Actin can perform that operation.

In fact, installing new robots (no matter the make, model or year) is like installing a printer. Find and install the correct driver software once, and Actin needs no further guidance in operating your new robot asset. Actin’s robot-agnostic operation has additional benefits, including:

Actin’s ability to work with multiple robots simultaneously means you only need to worry about the task at hand, not the hardware specifics of how it’ll be done. So whether you have a seven-axis articulated robot arm (A) or a simpler three or four-axis gantry robot (B), Actin takes care of the extremely difficult task of optimizing the movements of each of the robot’s degrees of freedom to perform the task at hand. For instance, say the task involves picking up and inserting a camera module into a smartphone chassis.

Performing this action on standard robotics software platform is vastly different for robots A and B. On the other hand, the instructions Actin requires for robots A or B are essentially the same: Within Actin’s graphical user interface, you select the camera module and then physically move it into place. And Actin will take care of the details for doing this on an articulated arm or gantry robot.

Different robots working together toward a coordinated task or goal is possible with Actin. Indeed, running a highly heterogeneous work cell, using multiple robots from multiple robot vendors, is one of Actin’s calling cards.

Actin is also agnostic about the age of your robotic hardware. If you have a robotic asset that’s long out of date but still mechanically does exactly what you need it to do, Actin will power it just as well as it will the latest piece of hardware. And with true unrestrictiveness at your command, there’s no either/or choice. You can keep the old robot on the factory floor and still bring on the latest robot to do another task or perhaps collaborate with the veteran robot. 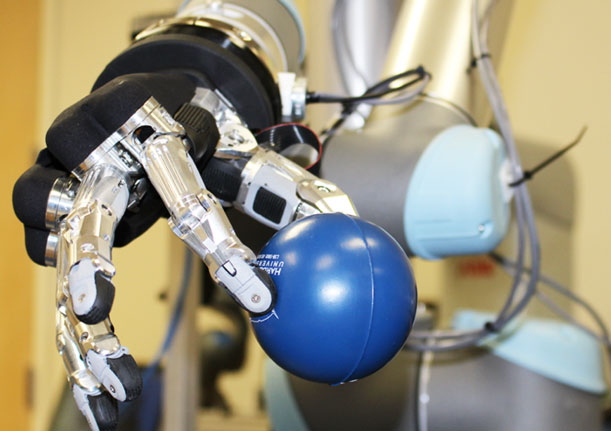 Fig. 2 – Actin for Dexterous Manipulation and Motion Control. Actin enables coordinated control of the Schunk SVH gripper and the Universal Robots UR5 arm. With the addition of the OptiTrack system, the system of systems gains environmental awareness and is able to adapt its motion and path in real-time. To see it in action, visit https://youtu.be/tGn9gpmPrms.

In robotics control software, there are commercial platforms and there are research and academic platforms. In every case, though, an important question remains: Is it proven? When down-time means money spent and money lost, proven is an important attribute.

With NASA, DARPA, Areva, the US Army, Mitsubishi, and NSF pedigree – and a host of customers and partners – Actin has the track record to answer this question simply and without further explanation: YES.

“AREVA chose Actin for its advanced control capabilities, its ability to reason about 3D environments, and the fact that it is robot agnostic. custom robots as well as off-the-shelf systems,” Don Bigler, Senior Software Engineer, AREVA. “We need software that can work with all of these seamlessly.” 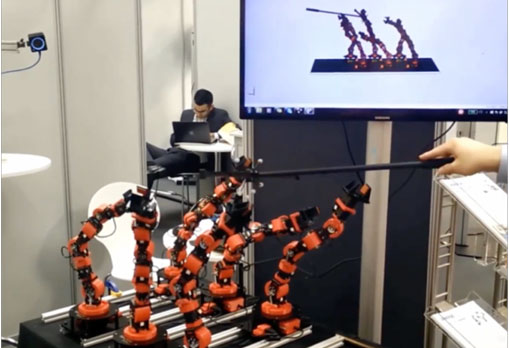 Fig. 3 – Real-Time Adaptive and Collaborative Motion Control and Path Planning. Actin not only enables robots to adapt to a changing environment in real-time, it allows them to adapt collaboratively. They avoid collision with themselves and each other, all while also navigating unknown variables being introduced into the equation. Visit https://youtu.be/_G4nx37KMSo to view the video.

Question #4: Is it aware of its environment?

Because of Energid’s core IP (in machine vision, robot control and robot simulation), Actin enjoys a position unique in the industry today. Its ultra-efficient operation provide the computational headroom needed to run simulations of a robot’s operating environment in real time. The difference between a robot that can simulate its real-time environment and one that can’t is that the latter is constantly surprised.

Although we’re not consciously aware of it, we run simulations of our environment in our heads all the time. Picking up an empty pot that we thought was full or touching a stove that’s unexpectedly hot is a small example of how we rely on simulations to interact with our environment. Robots are no different.

And, crucially, the competition simply cannot do this. They operate in a world in which it takes seconds to model the next fraction of a second in the robot’s field of view. Actin, by contrast, has the efficient algorithms needed to run tens or hundreds of robots (or hundreds of thousands of robotic joints) in an environment in real time. There is simply no comparison to software that cannot keep up with its changing environment. That is not a solution but rather a problem waiting to be uncovered.

Question #5: Can it be managed over the internet?

Increasingly today robotics platforms must be versatile enough to run locally, behind a company’s firewall, and to run remotely on a cloud computing platform. Actin is cloud-enabled, with a plugin infrastructure and XML- based language for online configuration.

Question #6: Is it customizable?

Within its drag-and-drop intuitive interface, Actin can serve most robotics needs of most robotics customers. But of course no single approach fits all possible use cases. So Actin also leaves room for developers to build out their own C++ libraries to complement Actin’s environment-aware, proven, unrestricted and intuitive robotics control systems.

For instance, France’s AREVA Corp. uses Actin to control its robotic systems for servicing and inspection of nuclear power plants. As robotics technology continues to advance, potentially dangerous manual servicing and inspection missions are being replaced by robotics. AREVA is at the forefront of this trend, seeking safe, effective, robotic solutions to myriad problems encountered in the nuclear industry.

“AREVA chose Actin for its advanced control capabilities, its ability to reason about 3D environments, and the fact that it is robot agnostic,” said Don Bigler, former Senior Software Engineer at AREVA. “AREVA uses custom robots as well as off-the-shelf systems and needs software that can work with all of these seamlessly.”

“Actin’s powerful engine allows us to simulate and control complex mechanisms easily,” said Bill Glass, chief technical advisor of AREVA NDE Solutions. “It enables our engineers to develop creative solutions not before possible, which ultimately leads to better value to our customers.”

ELITE ROBOT lightweight 6-axis collaborative robots have payloads of (3kg, 6kg, and 12kg cobots). Elite cobots have gained a positive reputation among users in the Automotive, Electronics, Packaging Logistics, Metal Processing, Rubber & Plastics, chemicals, and other industries. The EC series robots start at $14,000 USD making it one of the fastest ROI in the industry. The EC robots come complete with 6 DOF arm, control box, teach pendant and software.
More Products
Feature Your Product