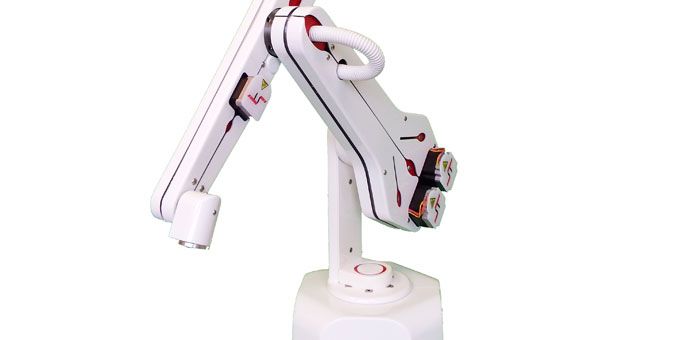 Many companies, especially SMEs want to use robots but they don't want to have to re-organise their work areas to accommodate one. The ideal is to be able to buy a robot and place it on the production line next to human workers. Unfortunately there is a safety issue.

Larger companies such as auto makers use larger robots that really can injure a person and such robots are always guarded. Guards are expensive, use up space and once the robot is in there you can't work with it. Hence the collaborative robot must be safe and specifically designed to work alongside humans.

But some robots are more suited to collaborative working than others. The term collaborative robot or “cobot” implies that the robot is intrinsically safe to work alongside human beings but it is rarely so unless a whole lot of safety issues are considered. You can not buy a so-called cobot, place it next to a worker then tell that worker the robot is safe. It isn't! You still have to do a risk assessment in every case and address and mitigate any risks you find. The safest slowest robot carrying a blade or explosives is definitely not safe near human beings.

An area that should be considered is the end effector or gripper. Some users make sure the gripper or other attachment has no sharp edges. Even in the safest environment a person can hurt themselves on a door latch-bolt which often have sharp edges. Take a look at a door sometime and you will be surprised at what a hazard it is.

The obvious drawback is that guy Isaac Newton's first law that states the robot can't stop dead; it must decelerate. Even if the robot has a force detection of some kind that can detect a collision it still requires some more distance to decelerate and stop. If the robot hits a human hand in mid air it may seem to stop satisfactorily but if that hand is trapped between the robot and a bench it can cause injury unless it is going very slowly and if it is going that slowly it is too slow for production. The distance an ST robot moves during an emergency stop is programmable but it can not be zero. Therefore, obviously, the robot must start deceleration before contacting the human hand.

A number of robots are offered as collaborative robots or cobots. The best example is the Rethink robots. By using elastic drives their robots are extremely safe but the elastic drives reduce speed and accuracy, a problem for many industrial tasks. Some robots are claimed to be collaborative because of integral force sensors that stop the robot in the event of a collision. However during that critical deceleration period they can raise over 1000 Newtons of force. 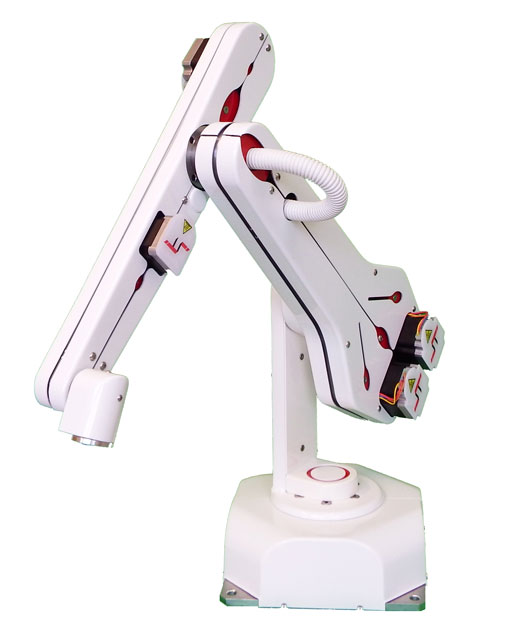 The safest robot may well be the ST Robotics R12. See picture (1). It is fast but very light, resulting in low momentum (mass times velocity). The motors are stepper motors mounted on a machined aluminum frame. In the event of a collision, with human or any other thing the motors come out of synchrony and raise no more torque. Finally ST offer IR sensing that will stop the robot if anything gets too close to the robot. The deceleration rate is programmable so the robot stops in the shortest time and distance possible. 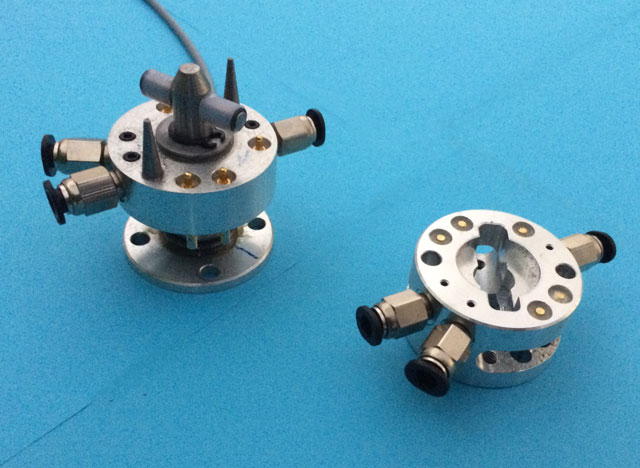 One problem with such small robots as the R12 is the mounting flange is necessarily small. This means that almost all industrial end effectors such as grippers will not fit. And especially no commercially available tool changer will fit; they are all too large and heavy. There are amateur level robots available where you can change the tool manually but in an application where for example a gripper is required for one part of the process and a vacuum pickup for another then an automatic tool changer is essential. For this ST have developed a unique tool changer that required no pneumatics or electrics to operate. It can pass through 3 pneumatic circuits and 5 electrical circuits with gold contacts.  It works with a rotate and lock mechanism. See picture (2).