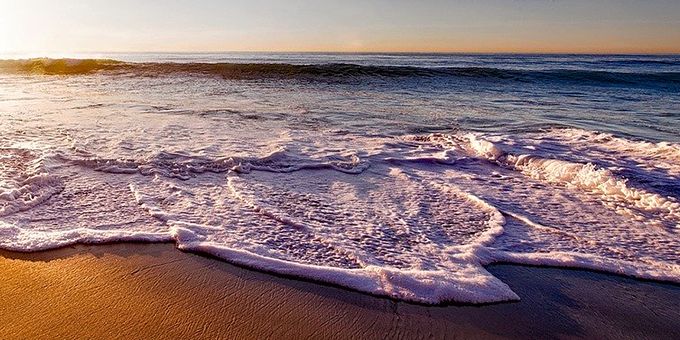 Whether it's analyzing areas with excessive plastic build-up or re-introducing certain species to reefs, oceans could experience a cleaner and safer future with the help of robots.

Here are six ways robotics can help protect our oceans in 2020 and beyond.

Open Ocean Robotics created boats equipped with sensors, cameras and communication devices to capture information from anywhere in the ocean. They use power from the sun and wind to travel for months without producing any of their own emissions. As the boats continuously collect data, they use satellite and communication systems to send information to users in real-time.

This process offers precise data related to weather conditions and forecasts. People can then use this information to optimize ship routes that cut fuel costs and reduce greenhouse gases.

The Korea Research Institute of Ships and Ocean Engineering designed a 1,400-pound autonomous crab that can reach an underwater depth of 656 feet. It doesn't stir up clouds of silt and debris, such as propeller-driven remotely operated underwater vehicles (ROVs). The crab also has a doppler radar-based navigation system so that it can feel around in murky conditions. With its several cameras, including a tillable color HD camera, it can zoom in on essential objects and species to see what's happening at the deepest depths.

Ocean robotics are proving useful for the wastewater treatment industry. As part of a RoBi-X partnership, Aarhus Band and Blue Ocean Robotics are looking at ways to use robot technology to improve the work environment, productivity and resource use at wastewater treatment plants. Water purification is also crucial, as wastewater gets discharged into lakes and the sea. Robots can ensure treatment plants increase their capacity while releasing clean fluids.

Biobot Analytics created small robotic devices that provide data on wastewater and entire regions' health. Around the size of carry-on luggage, these machines offer data on illnesses, chemical exposure, viruses, contaminants in food and more. It's also a useful tool for tracking prescription and illicit drug use in communities.

The Great Barrier Reef has large, damaged sections, and robots help restore baby corals on the damaged areas. A LarvalBoat is a robotic device that disperses coral babies back into the reef. The process involves collecting millions of coral eggs and sperm from the reef, then growing them in floating nursery pool systems.

So far, the robot has settled millions of coral babies back onto the Great Barrier Reef, and scientists have already noticed coral polyps growing. Eventually, the project could restore reefs worldwide and speed up the recovery of entire ecosystems.

Society is catching up with the plea to reduce plastic usage, but robots are also helping oceans and pollution reduction. Engineering students have created a semi-autonomous robot named FRED that cleans up trash in the sea. It's solar-powered, too, so it doesn't introduce any additional greenhouse gas emissions.

FRED works by using a collection conveyer belt to pick up floating debris. Once its bins are full of plastic, it will head back to shore to offload the collected trash. FRED also has sensors and pingers designed to ensure it stays away from marine life during the process.

Ocean robotics can fight unlawful acts, however, by going on long, unmanned missions. For example, Liquid Robotics® created the Wave Glider®, a robot that swam 2,808 nautical miles to Hawaii after working in the UK.

It works by using sensors in remote marine locations, which open up expanses of the ocean that were once inaccessible or too expensive to send ships to. Big data from the robots, plus satellite imagery and artificial intelligence (AI), can pinpoint where illegal fishing may occur, allowing officials to stop it.

Advances in Robotics Will Continue to Help the Oceans

Robots are already protecting the sea, from improving ship efficiency to removing patches of garbage. However, this technology's only in its infancy — will continue to advance. As it does, so will the bots' eco-friendly capabilities.