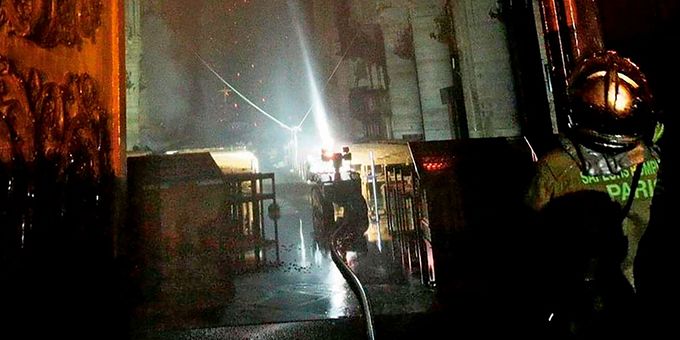 In front of the eyes of an aghast public, the spire of Notre-Dame cathedral in Paris collapses. To firefighters, this isn’t just a cultural tragedy: The collapse means that the structure of the church is further destabilized by the flames. From this point on, entering the cathedral to fight the fire from within is very dangerous. The incident commander decides to send the robot Colossus into the cathedral.

Colossus was built by the French company Shark Robotics. The company employs 20 people and builds high-tech robots to assist or even replace humans in especially dangerous environments. Their robots are capable of moving in rough terrain. Equipped with an articulated arm, they assist firefighters or help with defusing explosives or removing other dangerous objects.

A modular system as a recipe for success

Colossus was developed in collaboration with the Paris fire department. It’s not just suitable for fighting fires, but also for rescuing people after the collapse of a building, or for removing biohazards. Since the tasks vary so much, Shark Robotics decided to use a modular design. A base unit is equipped with tools suitable for the mission.

In addition to a fire hose, the robot can be equipped with a 360° pivoting HD camera, for example. The robot can also be equipped with sensors that measure parameters like temperature or radiation exposure and detect the presence of toxic substances. Colossus can also take point, carrying a smoke extractor to make a seat of fire accessible to human firefighters. The gripper arm enables it to clear a path into an area. Not least, Colossus can be equipped with a stretcher, a rescue cage, or a ram. These applications put high demands on the quality and resilience of the materials. That’s why Colossus is completely made of steel and aluminum alloys that are also used in aerospace applications. Two 4,000 W motors and six batteries make sure that it is able to work continuously for up to twelve hours. It is completely sealed against dust and water and resists powerful heat radiation.

During the fire of Notre-Dame, the fire hose of the robot was used to keep the inner walls of the church and the structural elements of the building wet and prevent the fire from spreading. Via a supply hose, the robot was provided with almost 3,000 liters of water per minute – without the slightest danger to human personnel. Colossus is operated via a remote-control module with a display.

Designing a robot like this is a technological challenge. For this reason, Shark Robotics contacted mdp – maxon France. For the gripper arms of the robot, the designers were in search of motors that are compact, powerful, and efficient. “Our robots need highly resilient motors that are suitable for extreme operating conditions,” says Jean-Jacques Topalian, managing director of Shark Robotics for R&D. “The decision to use maxon was an easy one for us: The company has an excellent track record, and its motors have already proven themselves in hostile environments.”

Shark Robotics currently uses 19 different maxon products and obtains the motors directly from the drive specialist’s website. Oh, since we mentioned hostile environments: The same electric motors are built into the European rover that will start roaming planet Mars in 2021. 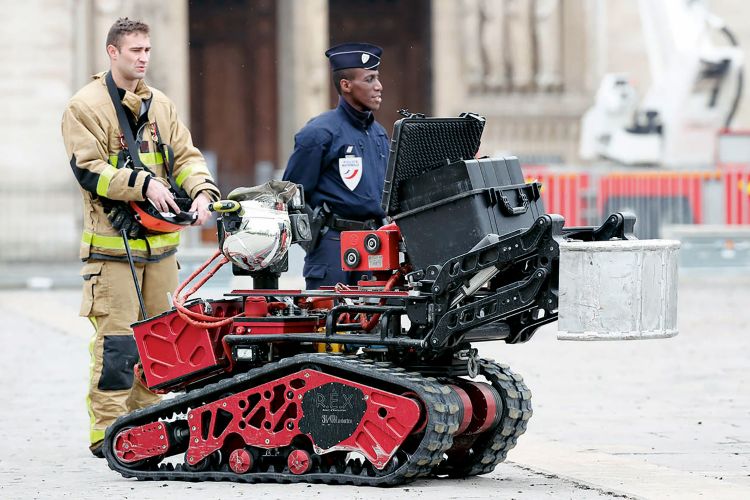