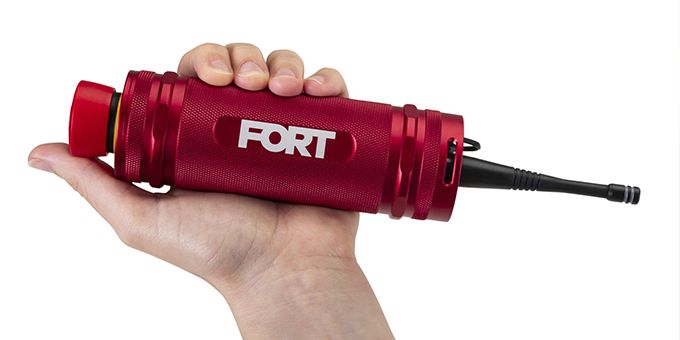 Tell us about yourself and role at FORT Robotics.

I'm Nathan Bivans, CTO for FORT Robotics. FORT was founded at the end of 2018 from another startup where I was also CTO - Humanistic Robotics Inc (HRI) where I developed and patented a wireless safety protocol designed for dangerous applications in landmine clearance. Earlier in my career I worked on a variety of complex products at Morotola USA’s mobility group and Apple Computer. At HRI, we recognized the critical need for wireless safety while building our own autonomous 5 ton robot for landmine and started FORT to take that experience and focus on safety and security for smart machines.

What are the challenges of developing a safety system for an autonomous work site, or one where there may be a mix of mobile machines and fixed machines and humans?

The landscape is changing across many industries as more and more semi- and full-automation is introduced. Today, the "rules" are simply to separate man from machine using physical barriers such as fences and add a lot of sensors to the machine. For tomorrow’s worksite - which is developing quickly - having physical barriers isn't realistic or practical. In construction sites, for example, the workers aren’t separated from the off-road heavy equipment. A key challenge is to ensure every machine and every worker on that work site works together in safe way.  There are many things that can fail on a work site causing safety issues - you've got sensors, motors, actuators, etc - all playing a specific part in the overall site. Yet if one of them fails,the whole site and the workers there are at a safety risk. People, of course are unpredictable - we're not simply following our programming - and the machines have to be able to interact safety with humans in all circumstances. Critically, humans must be able to take control of the machines at any time.

Collaborative robots (or cobots) are increasingly being deployed in environments where they work closely with humans.  They are able to do this because they limit the force that the robot can apply to a level that significantly reduces the risk to anyone working in close proximity. While they have be deployed to solve many problems in variety of environments, their impact is limited to tasks that don’t require lifting or moving anything more than a few tens of pounds.

What standards exist today, and are they being well-understood and followed?

There are many safety standards. Most have been developed in the age of the fixed robot, where they can be separated from humans by fences. Today, these robots are moving. For example, AMRs are the 'next-generation' of the AGV. They no longer just follow a specific path from A-to-B in a warehouse, but calculate their own, most efficient path at any given time. New standards are in the works, like 15.08 from the RIA, to help address the safety of mobile robots, that are often nearby humans. That extends beyond workers on a warehouse floor to pedestrians getting their pizza delivery order from an autonomous bot.

What do you think the biggest barrier is for companies to commercially deploy robots at scale?

There are a range of barriers based on the worksite the robots are in. Moving beyond closed/fenced environments, to open and collaborative environments where humans work alongside machines requires the humans to have a level of trust in the machines, just as they would another co-worker. Without trust people will not work in those environments or license robotic systems for their worksite, if the people are not assured that the robotic system is safe and secure. There needs to be a foundation of safety and security built into the machines and development process to achieve 3rd party certification, so that once those projects move beyond prototypes and into real-world environments, they're not having to go back to the drawing board. Attempting to “bolt-on” a safety or security solution is a recipe for disaster we see all too often. It must be built into the machine.

Tell us about FORT and how your company helps companies solve these challenges?

At FORT, we were our own first customer. Our technical approach and ethos for safety were developed when we were the humans working within arms-reach of a five-ton, autonomous robot. We started with wireless safety, first in the form of an E-stop button (emergency stop) and a rugged, lightweight remote control with integrated Estop that allows workers to maneuver big machines from a safe distance and out of harm's way. We've learned not only what our customers want and need to get to market quickly, but also that buyers/end users of robotics are demanding proof that these systems are functionally safe and secure. At FORT, our solutions quantify safety through provable and repeatable processes that's that are 3rd-party certified. And in our development of safety, we recognized the requirements for security since these machines are/will be connected to (via) the internet, gathering and sending data, telematics, preventive maintenance, etc. With internet connectivity, the risks become huge - hackers, nefarious parties, disgruntled employees can get inside these connected machines to wreak a spectrum of havoc. From stealing data to reprogramming machines to do something very intentionally wrong that can cause harm to humans, it only takes one incident for trust to be lost. Not to mention the loss of productivity and revenue can be crippling to fatal to the business.

What do you think the progression will be for commercial scale of robots over the next 2-5-10 years?

Full autonomy is still a ways out, in part because of the complexity of implementing real safety and security measures. We've had automation in factories and manufacturing for decades, and eventually the fences will come down. But for new areas like construction and agriculture, we will see more telematics/data analytics and remote control use in the next 2-5 years. In 10 years we should start seeing a mixed fleet of semi-autonomous equipment working with humans on a job site. The biggest hurdle for robots to commercially scale is the level of autonomy that can be achieved with current technologies. Most more advanced systems utilize machine learning and are "trained" using massive amounts of information collected over time. Machine learning has led to huge advances in intelligence in many applications but has been limited in mobile robotics due to unpredictability of human behavior. So, in essence, the pace of the deployment of robotics in mixed environments is governed by our ability to reduce the inherent risk of machines being around people. If we can provide a higher level of safety, we can hasten the arrival of robots in everyday life. Because these machines will invariably be connected to networks, these advances must be matched in security as well. Secure connections from human to machine, machine to machine, and machine to cloud will be a critical requirement. Without trust in the data, programming, and commands being executed by these complex machines, the safety of their operations can never be assured.