Increased interest, and also in dystopian perspectives, is the collective imagination built around the presence of robots in daily production. To clarify, in this article, Arcos provides a useful overview to understand the impact of robotics in the automated finishing sector. 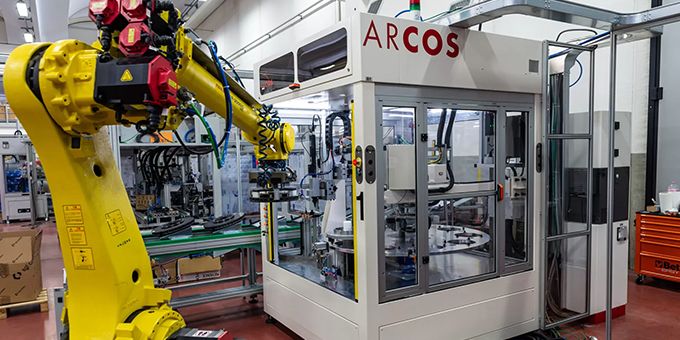 The impact of robotics and technological revolution in the industrial sector has ignited the debate around the effects of the fourth industrial revolution: a phenomenon that finds representation in hyper-automation and hyper-connectivity based on artificial intelligence (AI), big data, robotics, Internet of things (IoT), on the fully automated and interconnected factory.

The growing presence of robots in manufacturing production, are key elements of Industry 4.0, has helped to generate attention and fascination around the digital changes that are taking place in the production and processing dedicated to surface finishing.

Increased interest, and also in dystopian perspectives, is the collective imagination built around the presence of robots in daily production. To clarify, in this article, Arcos provides a useful overview to understand the impact of robotics in the automated finishing sector.

THE IMPACT OF THE FOURTH INDUSTRIAL REVOLUTION

The context in which industry 4.0 impacts does not only concern the manufacturing sector but involves 3 main interconnected areas. First is the introduction of robots in the production and finishing sectors reflects on the skills of the workers, which means that repetitive, dangerous, and not very stimulating tasks will be entrusted to the automated companions, while the worker will dedicate himself to supervision or to activities of greater specialization.  At managerial level, transversal skills are required and at operational level greater attention is paid to soft skills, training and collaborative work.
Second, this impact also involves the world of work: new roles, new occupations and new labor markets are born from the training of workers and the requests for more specialized figures.

The last area involved in this revolution is undoubtedly the area of ​​institutions that must adapt regulations and educational paths so that there are all the conditions for an increase in productivity and growth levels, as well as a higher autonomy of workers.

According to the study “The Impact of Robots on Productivity, Employment and Jobs” conducted by the IFR – International Federation of Robotics, it is necessary to consider how the impact of automation represent an advantageous response that allows companies to remain constantly competitive. As productivity increases, hires also increase. An example is the automotive, metallurgy and electronics sector, which in the USA, according to the study, represent the sectors with the highest rate of automation and in which the employees are about 20% more qualified and the number of generic operators has doubled, boasting growing trends of new hires.

THE IMPACT OF INDUSTRY 4.0

Unlike what is suggested, the collective imagination, robotic automation has direct effects on the quality of work: the activities in which robots are most used, and in which they operate with greater efficiency, are those characterized by high repetitiveness, precision, and perfect replicability. This involves a redistribution of tasks where operators can apply stimulating skills such as problem solving and creativity.

The field of use in which robotic automation has been widely spread concerns the finishing of surfaces. The benefits do not only concern the production chain, which sees an increase in the quantity of daily production, in the quality of the pieces produced and the reduction of waste, but also concern the health of the operators assigned to this process. In fact, the tools used for finishing surfaces bring with them rather common and frequent risk factors: carpal tunnel syndrome, incongruous postures that over time can cause serious postural damage and contact with toxic dust.

Automated finishing allows you to reduce the health risks of operators who would be employed in safer tasks, such as supervision and interpretation of the situation, essential for determining the quality of processing. 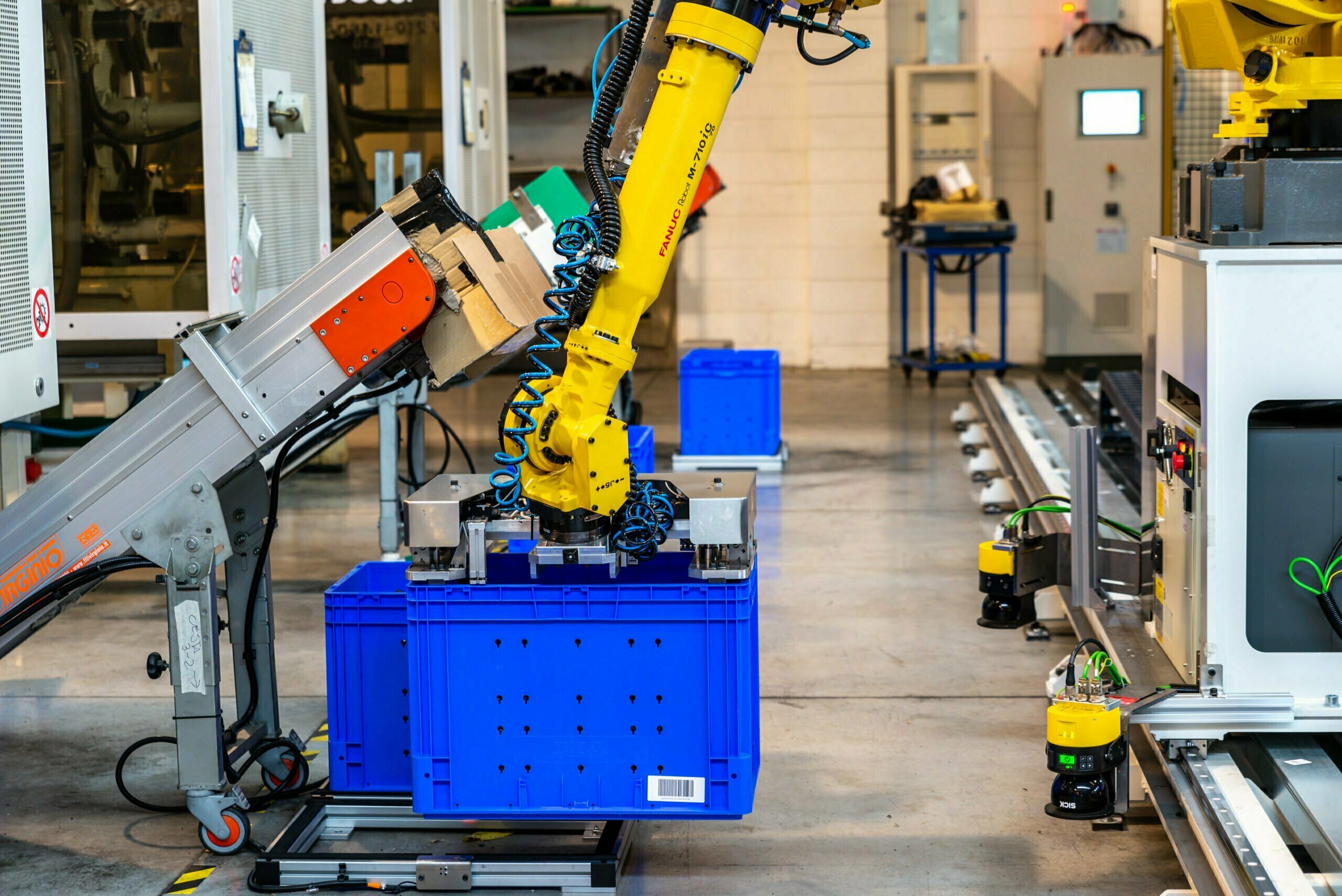 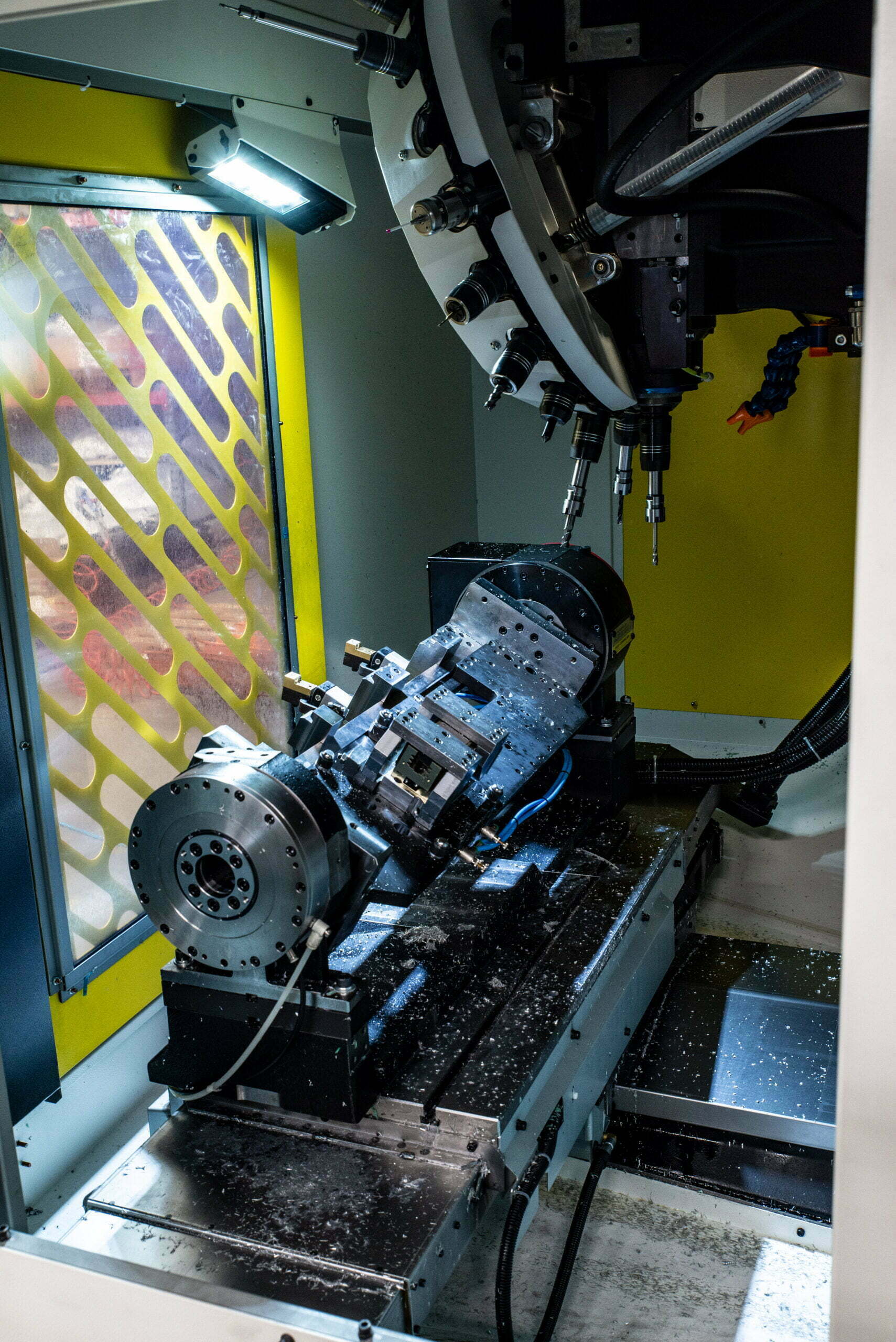 The impact of robotics in the industrial sector is certainly wide and overwhelming, but it brings countless benefits for industries and workers.
Arcos has developed robotic systems capable of carrying out any type of surface finishing in a precise and automated way, becoming a leader in the production of robotic systems and automatic machines for polishing, grinding, deburring, satin finishing and much more. The reliability, versatility and customization that characterize Arcos systems make them the best answer for any finishing problem and production need.

Aware of the impact of the industrial revolution on the work skills of operators, Arcos offers 360° assistance and training calibrated on technical knowledge to allow excellent results from the use of Arcos automatic systems.