Apart from being unsafe for workers, and thus requiring specific safety measures within their working area, industrial robots are also exceedingly expensive and difficult to set up and redeploy.

Since the early 60s, manufacturers have been using industrial robots to automate their manufacturing processes. Nevertheless, along the way, while providing an undoubted productivity boost, industrial robots have also gradually shown several limitations and pain points.

Apart from being unsafe for workers, and thus requiring specific safety measures within their working area, industrial robots are also exceedingly expensive and difficult to set up and redeploy, which often make them a burdensome investment, especially for SMEs.

Thus, the cobots, a new generation of robots, have rapidly made its way into the manufacturing industry and reshaped the whole robotics world. Cobots are more cost-effective, more ergonomic, quick to set-up and redeploy and can work alongside humans with no need for protective fences.

Despite this, industrial robots are still a MUST for some specific tasks, for instance when requiring high payloads, very high speed or extreme accuracy. In such cases, manufacturers still have to necessarily turn to industrial robots for their automation needs.

However, cobots can still be deployed for other related processing tasks, also within the same production cycle, giving rise to an almost "complementary" relationship between industrial and collaborative robots.

The below picture taken from an automotive plant clearly show this relationship: while the highpayload industrial robot is in charge for loading & unloading the cars center stack, EC66 ELITE ROBOTS collaborative robot works at the same workstation for screw-driving. 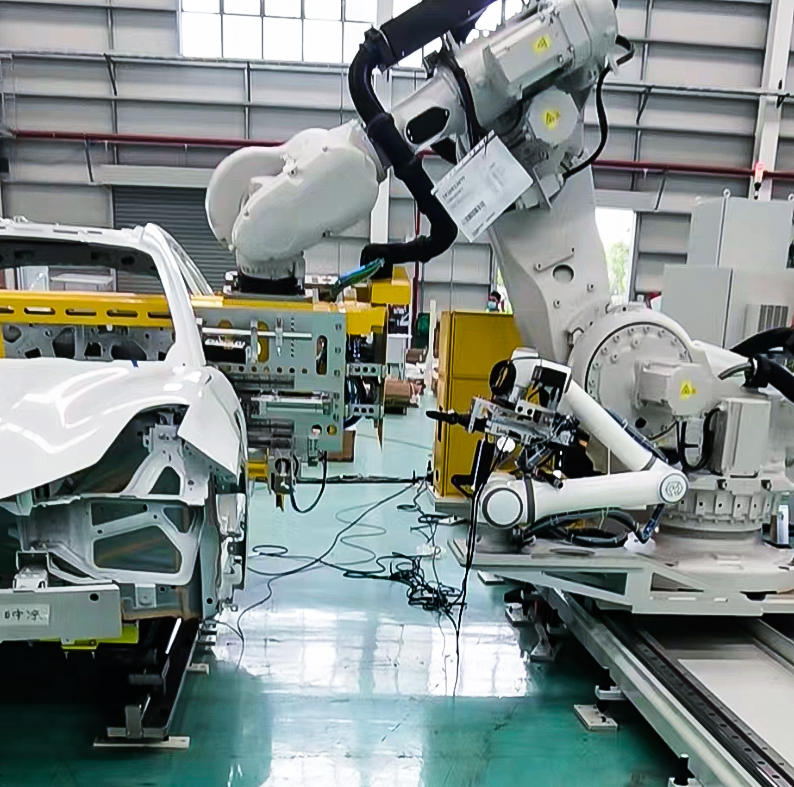 The flexibility offered by Elite Robots cobot allowed the end-user to flawlessly integrate it into his original workstation and expand it, with no need to change its layout, thus making the automation process more compact and simpler.

In another case study, also from the automotive industry, further highlights such complementary relationship. 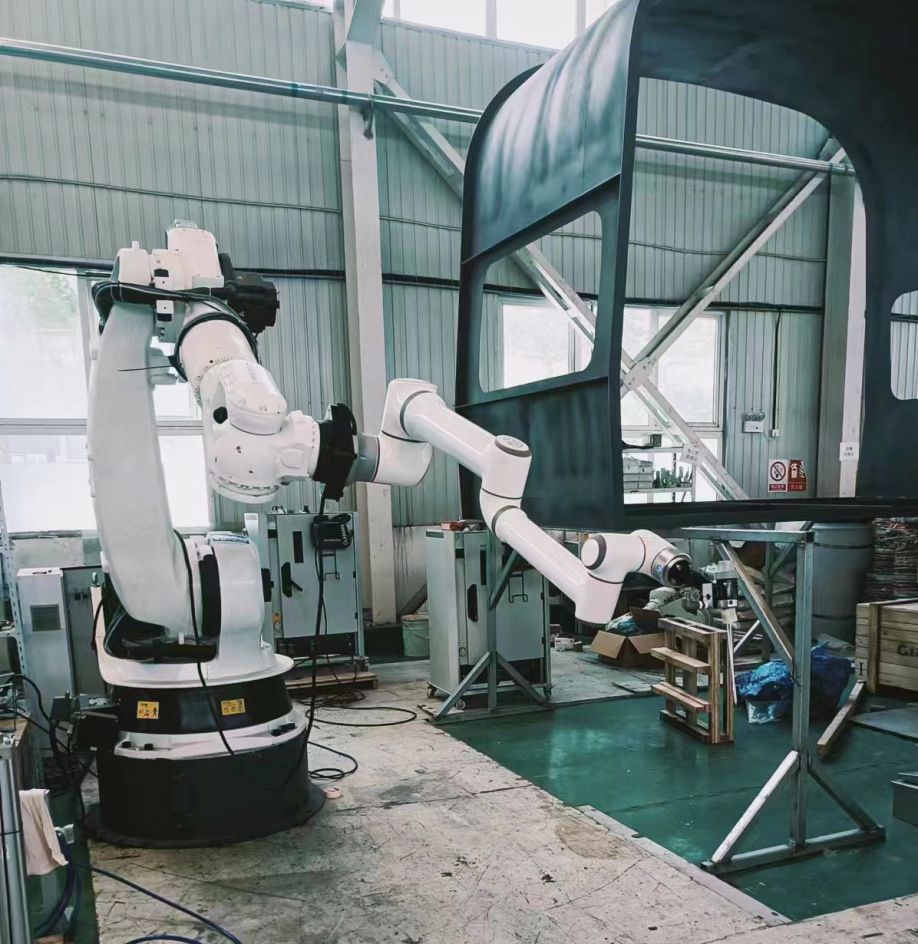 As we can see, one of our cobots, this time EC612, has even been integrated into an industrial robot flange plate, acting as an EoAT itself.

This application highlights some of the main advantages of Elite Robots' cobots, primarily its excellent strength-to-weight ratio. Its lightweight design enabled smooth integration with the industrial robot, which can effortlessly lift EC612 and use it to paint the interior body of a bus.

In this case, although standardized painting robots can also perform this processing task, there are also other factors to consider that led the user to choose our EC612 cobot.

The deployment of huge & heavy equipment in this work station can take up a lot of space and force the user to change the layout of its existing production line, which is a major deterrent for many manufacturers.

In contrast, and just as we saw in the previous application, Elite Robots EC12 easily managed to address the user's pain points without forcing him to disrupt his production line, taking up very little space and making the work area safer for the operators.

Since the body of public buses is not as well decorated as the interiors of private cars, painting does not require a very high level of accuracy that only industrial robots can provide. On the contrary, our cobot can process this task perfectly by simple trajectory planning.

3. Wide distance to be covered.

Although in this application the payload required is small, EC612 was chosen because of the large distance to be covered within the working area by the robotic arm, which as we can see is in its maximum extension (1304mm). In similar applications, but with a larger payload, another advantage represented by EC612 is undoubtedly the high level of strength ensured by the cobot even at its maximum extension.