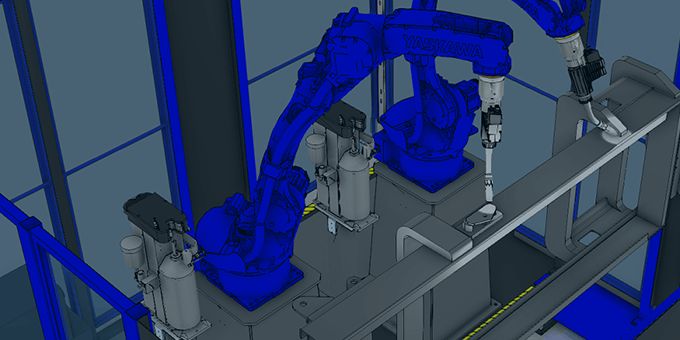 For the past 15 years, OCTOPUZ has specialized in the design, development, implementation, and customization of superior Offline Robot Programming (OLRP) software for industrial robot applications. Our focus is to provide an industrial robot software solution that not only enables companies to reach a higher level of efficiency with their processes but also opens opportunities for them to enter new markets and expand their business potential. OCTOPUZ was built on the concept of taking complex robot programming and making it simple.

Visit the OCTOPUZ team at FABTECH 2019 in Booth B23113 to be the first to see what’s new with the industry-defining OCTOPUZ Offline Robot Programming Software! In the meantime, be sure to stay tuned to our social media networks and website for more information.

Booth #8520 - In the OCTOPUZ booth, visitors will be able to see a Motoman MH5L performing a weld tracing operation on an automotive rim as well as a KUKA KR6 R700 deburring a helmet both programmed and simulated within OCTOPUZ.

Booth #C13174 - The OCTOPUZ team will walk through the entire programming process from importing the CAD geometry of the part to posting the code and running it on a robot.