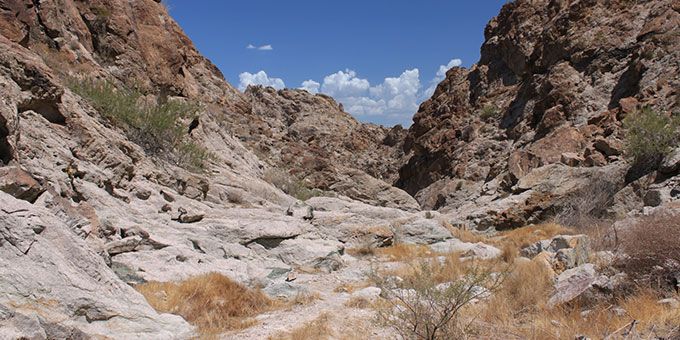 How do engineers design resilient robots that can survive flames, sand storms, freezing temperatures, and exposure to water? It starts with the right design process.

How to Design a Resilient Autonomous Robot

Designing a resilient autonomous robot is all about considering every challenge the robot might face in the field and preparing accordingly. Harsh environments vary drastically – they could be wet and muddy, hot and rocky, freezing and windy. The first thing any robot design team should do is conduct a detailed analysis of the specific environment the robot will need to face.

Some robots are designed to be resilient in a variety of harsh environments. If this is the case, multiple analyses will need to be conducted. Compile a list of everything that might damage the robot, every danger it could face. Will it need to navigate complex terrain? Will it be near any wildlife?

Additionally, before diving into the construction of the robot, design teams also need to have a concrete goal in mind. What are they hoping to accomplish with the robot? Does it need to collect data? Does it need to guide humans? Does it need to recover or move objects? A clear goal is vital for success when it comes to building resilient robots.

Designing the construction of the robot is the next step. The hazards, environment notes, and goals will guide this part of the process. What makes a resilient robot depends largely on what conditions it will have to face. However, there are a few common considerations to take into account when designing a robot for harsh environments.

One of the most important aspects of a robot’s construction is how it will move around. For a robot meant to operate in harsh conditions, this often takes the form of rugged tires or caterpillar tracks.

Also known as a continuous track or tank tread, caterpillar tracks can be great for supporting heavy vehicles on softer terrain like grass, dirt, and mud. Caterpillar tracks provide a level of stability, even where terrain could be unreliable. For instance, tracks could provide extra grip when navigating dirt and gravel, where wheels might be prone to slipping.

Wheels do have their advantages, though. Wheels can be a good choice for robots that need to navigate things like rocky or bumpy terrain. Additionally, it is worth noting that wheels can be a bit more reliable than caterpillar tracks. With tracks, if one link breaks, the robot is effectively disabled. With wheels, there are always at least three others to keep the robot moving.

Experimental mobility technology may also be an option. For instance, researchers from NASA JPL and the California Institute of Technology are using a Boston Dynamics Spot robot to navigate rugged cave terrain autonomously. The project is designed to one day be used on the Moon and Mars, both extremely harsh environments. While robotic legs may be more difficult to design than wheels, Spot is proving that legs can often handle rugged terrain more nimbly than wheels or tracks.

A good suspension system is absolutely vital for any autonomous robot operating on rough terrain. Not only does suspension help the robot travel smoothly, it also protects the robot’s internals and electronics from experiencing impact damage. If the robot goes over a large bump, the suspension system should minimize the amount of impact felt inside the robot.

Additionally, keep in mind that engineers cannot simply throw any generic suspension system onto the robot. The wrong suspension can actually hamper performance. So, it is definitely worth taking the time to carefully analyze the mobility technology and expected weight of the robot to determine what suspension system would be the best possible fit. The design team may even need to try out a few different suspension configurations before finding the right one.

Mobility and suspension design will both massively impact the final design of the robot. Arms and end effectors are the final determining elements of the robot’s structure. Not all autonomous robots need a robotic arm. So, it is usually best not to include one unless it has a clear purpose.

However, in harsh environments, some type of manipulation system can come in handy. For instance, an autonomous robot could use a camera mounted on a robotic arm to increase the range of photo or video footage it can capture. Similarly, a robotic arm with a claw or gripper attached could be used to move obstacles out of the robot’s path or collect samples.

The exact design of the robotic arm will depend on the robot’s needs. It might have only two hinges or it might have three or four. It might swivel or it might not. Similarly, there are many types of end effectors that can be used on the arm. So, it is usually best to start from the task the arm needs to perform and select the right design elements from there.

The internals and electronics of an autonomous robot are often the most complex parts. This includes things like motors, drive trains, sensor arrays, cameras, and computer components that run the robot’s autonomous navigation system. The exact internal components of any resilient autonomous robot will depend heavily on its purpose and tasks.

For those designing an autonomous robot, though, there are a few things worth considering. For instance, telematics and IoT technologies can be extremely helpful for vehicles operating in harsh environments. Telematics, which often uses IoT devices, transmits data on a vehicle or robot’s performance back to a hub where it can be remotely monitored. IoT devices collect live data and communicate with other devices and sensors.

These technologies allow engineers and technicians to monitor an autonomous robot’s performance, keep an eye out for accidents, and conduct predictive maintenance.

In addition to sensors and monitoring equipment, autonomous robots should have some kind of disaster recovery technology. This is especially important for robots designed to collect data. In any harsh environment there is a higher than average risk of the robot experiencing an accident, disaster, or failure. In this case, there should be some kind of durable hard drive or recovery system to protect any data the robot collects.

At this point, the design team likely has a good idea of what the robot will look like and how it will operate. The next step will be to select the right materials. There can be some variety in this category depending on the specific harsh environment at hand, however there are some common durable materials used on robots.

Engineers need to ensure they are building a robot that is dust, water, and windproof. Additionally, the robot has to be able to stand up to things like rocks and debris that may impact it during operation.

Metals and composites, particularly kevlar and nylon, tend to be the most durable materials for a robot’s structure. Plastics can be useful in certain scenarios, as well, such as cases where bulletproof windows or shatter-proof materials are needed. Rather than trying to use one material for the entire robot, focus on choosing the best material for each component.

Robots Designed for Anything

Building a robot is a challenge no matter what the purpose or operating circumstances. Designing a robot built to face harsh environments can be especially difficult. However, with these tips, any engineer or design team can get off to the right start on their next durable, resilient robot. Ultimately, building a tough robot is all about preparing it for the unknown.