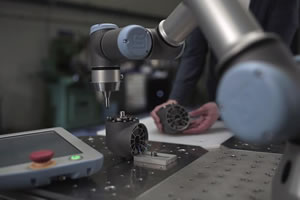 Pradeep David for Financial Express:  The growth in the Indian economy was seen at 7% for the FY 2016-17 that has grown 2-3% in the past decade. The focus of the government policies have shifted from the primary to the manufacturing sector in the last couple of decades. The growing GDP and population brought India into the limelight and the focus was on how the government would elevate India’s position in the global competitive market, as investors wondered whether the world’s largest democracy was a risk or an opportunity.

The government of India launched the ‘Make in India’ initiative in 2014 to facilitate investment, foster innovation, enhance skill development as well as build a strong manufacturing infrastructure which was seen as an effort to shift the paradigm in order to change the way the government would interact with the industry, in an attempt to refine the Indian economy. The Prime Minister has set an ambitious target for the manufacturing industry to have a contribution of 25% of the GDP and to create 100 million jobs by 2022, and efforts need to be made in order to achieve the same. As of today, the Indian manufacturing industry contributes only a 16 % of the total GDP.

The government’s ‘Make in India’ initiative expects improved production, increased efficiency and productivity and attracts Foreign Direct Investment to the Indian market. To achieve this goal, the heavy industry manufacturers will have to undertake various rapid steps which include embracing new technologies, making industrial automation an indispensible part of the Indian manufacturing industry. The ‘Make in India’ initiative was to boost the economy with increasing the production in India with an expectation of higher quality products.  Full Article: