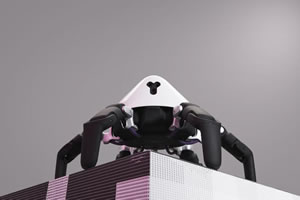 It's the second bit of news from Vincross in the last few months. The company was a CES 2017 Asia Innovation Award Honoree back in May.

With HEXA, Vincross is taking aim at a market that founder and CEO Sun Tianqi feels has long been ignored: independent tinkerers and developers on a budget.

"There hasn't been a single robot or platform built for the masses -- especially for those developers and innovators eager to create [new] robots," said Sun.

HEXA, which, as its name implies, is a sensor-rich six-legged robot that resembles a crab, is designed to be a platform and not a finished product.  Full Aritcle: