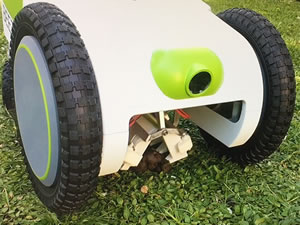 Tekla S. Perry for IEEE Spectrum:  If you want to start a robot company, plan to kick off by selling a service performed by robots, not the robots themselves.

That was the message of robot startup founders and investors speaking at HAX demo day this week. HAX is a five-year-old hardware accelerator based in Shenzhen, China, and San Francisco.

“I’m a big fan of going out and doing a service with a robot, competing with other businesses that provide that service, rather than trying to sell a $100,000 robot,” said Nathan Harding, co-founder of Ekso Bionics and now co-founder and CEO of Wink Robotics, a still-mostly-stealthy company intending to bring robotics technology into the beauty salon industry.

“So,” Harding continued, “if you design a bricklaying robot, go out and bid on projects that involve laying bricks…. Run like hell to be the best bricklaying company in the world, then eventually traditional companies will want to buy your robot or your company.”  Full Article: