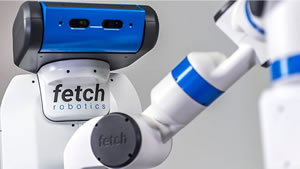 Greg Nichols for ZDNet:  There's a major roadblock to deeper market penetration of enterprise robotics, and a new generation of early career computer scientists and more seasoned software engineers may hold the answer.

I recently had a chance to speak with Maya Cakmak, assistant professor at the University of Washington, Computer Science & Engineering Department, where she directs the Human-Centered Robotics Lab.

To understand PbD, consider collaborative robots from companies like ABB and Kuka. The units consist of articulated arms that can be programmed to help workers do a variety of things, such as pick and place objects, test devices and components, and perform simple but precise manufacturing tasks.

So-called "cobots" are relatively inexpensive and operate alongside humans, and many of the use cases involve small- to mid-sized businesses. That should be huge for adoption, but the dam hasn't broken just yet.

The reason is that programming a robot is no easy task, which presents challenges when it comes to deployment. That's particularly true of small- and mid-sized businesses, which are unlikely to have a qualified roboticist onboard. As robots become more complex, capable, and sensor-rich, the problem will only compound.  Full Article: