South Korea, Germany, and Japan are most prepared for the coming wave of automation, according to a new report by The Economist. The U.S., on the other hand, ranks ninth out of 25 countries.

And the most-at-risk countries?

Looming advances in robotics, artificial intelligence, and automation threaten to make many jobs obsolete over the next few decades. In worst-case scenarios, 800 million jobs could be lost globally; in best-case scenarios, robots squeeze humans out of just a few at-risk occupations. 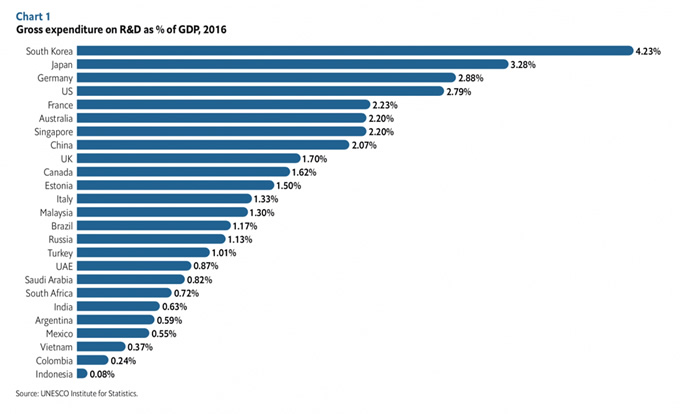 Of course, too much automation can cause problems too, as Tesla CEO Elon Musk has recently acknowledged.

Both very rich and very poor countries will fare better than average in the coming massive changes, according to the report. Rich countries are adding robots quickly, and have the resources to prepare their populations for coming changes. Poor countries, on the other hand, have less mass manufacturing that is at risk from automation.

The most-challenged nations will be middle-income countries with significant manufacturing capacity.  Full Article: