Machines will overtake humans in terms of performing more tasks at the workplace by 2025 — but there could still be 58 million net new jobs created in the next five years, the World Economic Forum (WEF) said in a report on Monday. 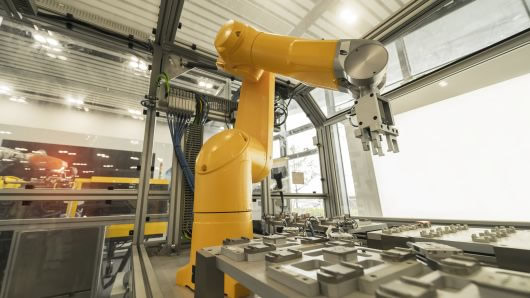 Developments in automation technologies and artificial intelligence could see 75 million jobs displaced, according to the WEF report "The Future of Jobs 2018." However, another 133 million new roles may emerge as companies shake up their division of labor between humans and machines, translating to 58 million net new jobs being created by 2022, it said.

At the same time, there would be "significant shifts" in the quality, location and format of new roles, according to the WEF report, which suggested that full-time, permanent employment may potentially fall.

Some companies could choose to use temporary workers, freelancers and specialist contractors, while others may automate many of the tasks.

New skill sets for employees will be needed as labor between machines and humans continue to evolve, the report pointed out.

Artificial intelligence and its impact on jobs has become a hot topic of debate and many experts have predicted that machines will ultimately replace millions of jobs in the next decade. Still, the conventional wisdom among many business executives is that AI will also create new jobs.  Full Article: