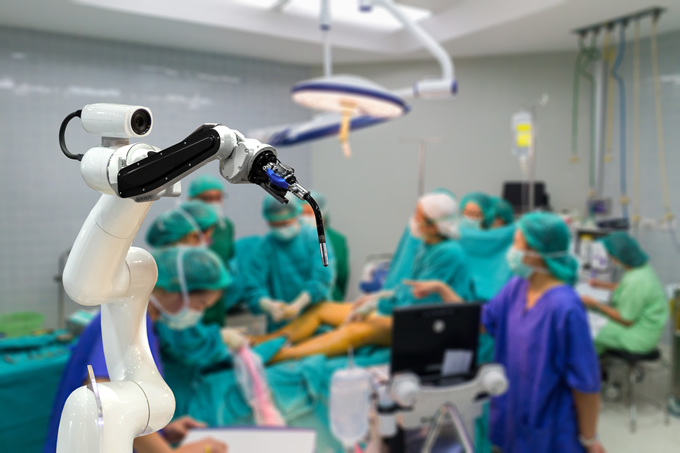 Collaborative robots, or cobots as they are commonly known, have developed extremely fast and successfully. An emerging technology met with skepticism only a decade ago, today cobots represent the fastest growing segment of industrial robotics. Given the latest exciting trends in robotics research, their success is expected to grow. Here Sophie Hand, country manager at industrial automation parts supplier EU Automation, traces a brief history of collaborative robots and looks into the most promising future developments in the industry.

Robotics is growing at an exponential rate and the last ten years have seen the development of mind-blowing technology in this field, especially for what concerns the interaction between industrial robots and human workforce.

From intelligent lift assist devices, built to lift weight in a safe way but without motion power of their own, to the emergence of the first cobots with vision integrated systems for obstacle avoidance, like those recently showcased at Automate 2019 in Chicago, the field of collaborative robotics seems offer always new opportunities to integrate automation in the smart factory.

A bit of history

The first definition of cobot comes from a 1999 US patent filing for, “an apparatus and method for direct physical integration between a person and a general-purpose manipulator controlled by a computer.”

The description refers to what we would call today an Intelligent Assist Device (IAD), the ancestor of modern cobots, which resulted from the efforts of General Motors to implement robotics in the automotive sector. The new device could move in a non-caged environment to help humans in assembly operations, but for safety reasons it had no internal source of motion power.

In 2004, KUKA, a German-based pioneer of robotics, released its LBR3, the first lightweight cobot with motion power of its own. This was the result of a long collaboration between the company and the German Aerospace Centre Institute, and its motion control capabilities were later refined in two updated versions released in 2008 and 2013, respectively.

In 2008, Danish manufacturer Universal Robots released the UR5, the first cobot that could safely operate alongside employees, eliminating the need for safety caging or fencing. The new robot officially launched the era of flexible, user-friendly and cost-efficient collaborative robots. These gave even small-to-medium manufacturers the possibility to automate their facilities without investing in cost prohibitive technology or in a complete makeover of their manufacturing plants. Today, Universal Robots remains the world leader in the field, with more cobots sold than all of its competitors combined.

Like all revolutionary technology, cobots were initially met with significant skepticism by the manufacturing industry. As technology journalist Travis Hessman reported in 2012, most plant managers saw them as a technological marvel but questioned the possibility to integrate them in an actual working environment. Today, however, the market for industrial cobots has an annual growth of 50 per cent and it is estimate that it will hit 3 billion dollars in global revenue by 2020.

Though cobots are developing rapidly, there are still challenges preventing them from being applied to the vast majority of manufacturing plants. The most important ones are the need for fine dexterity—for example when picking up small and delicate pieces—and the ability to make decisions rapidly to avoid obstacles without stopping production.

To address these challenges, industry leaders are developing cobots with faster processors and integrated vision systems. In this way, spatial data can be processed at the necessary speed to generate motion control in a way that conventional solutions relying on commodity hardware cannot match.

These innovations allow cobots to be much more productive. Unlike traditional solutions, which simply stop for safety reasons when they detect an obstacle, such as an operator’s arm, innovative cobots work their way around the obstacle to find the best path without stopping their action.

The cobots presented at Automate 2019 by Realtime Robotics, for example, have integrated vision systems that allow them to adapt to environmental changes. This includes obstacles of different nature and variation in the position of the object they are supposed to pick up and the location in which they must be dropped off.

This new technology not only eliminates the need for precise positioning, but also allows manufacturers to finally combine safety and maximum productivity. In fact, the new cobots will not just stop but will actively look for an open safe path to continue their operations. This increased sensitivity to obstacles will allow several cobots to work together independently, performing different tasks without ever colliding.

New generation cobots have combined the need for safety with the possibility to operate at full speed. Now that this compromise has finally been reached, there’s nothing holding collaborative robotics back.

Whether your facility uses an older Intelligent Assist Device or a more technologically advanced cobot, if you need supply parts EU Automation has got your back. EU Automation supplies a range of new and obsolete parts for industrial applications and can be contacted on 877-830-2021, or by visiting www.euautomation.com/us.