How Motion Control Puts the Robo in Robotics

The word robotics implies a fully functioning system – fully autonomous or at least automated in some fashion – that someone builds for intended purposes. An engineer programs a robot to perform a certain task or series of tasks and the user only needs to know how to operate it (i.e. understand how to power it, make the correct selections and push the start button).

Motion control, on the other hand, encompasses a range of components (such as electronic drives and controllers, motors and other mechanics) that work together to power a system. In order for those components to work together as needed, motion control technology and application engineering is required. One key part of motion technology is software. Without the various pieces of motion software integrated into the system, the components would be little more than a pile of electrical and mechanical parts.

While different in concept, robotics and motion control work hand in hand. In fact, motion control is a necessary subsystem of robotics. To help understand this, we’ve broken down in the following the key ways motion control puts the robo in robots. 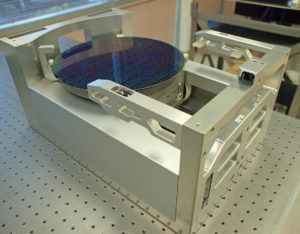 Every business strives for precision. But for some industries, precision is critical. In semiconductor manufacturing, for instance, Optical Critical Dimension spectroscopy is a key technology used for optical metrology.

OCD enables measurements of the smallest semiconductor design features down to the nanometer level. Movements in an OCD spectroscopy system clearly must be very precise. OCD systems are certainly automatic (in that they automate the OCD process), and for that reason, may be thought of as robotic.

At the heart of OCD systems is a highly integrated multi-axis positioning stage system that incorporates precise positioning mechanics. Servo motors power the system’s individual axes, and in turn, are powered by servo motor controllers that together with the motors are capable of realizing highly dynamic, but precise, motions in the positioning system. 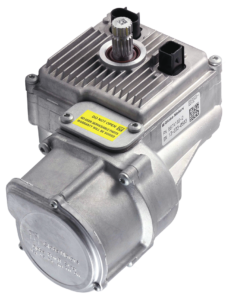 Bulky, inefficient controllers complicate how an application runs. In autonomous vehicles, and even in driven vehicles that use drive-by-wire technology, the vehicle’s steering – and often its traction – are provided by electronic systems and components instead of classic mechanical systems to perform its main functions.
Efficient motion control technology replaces the heavy, power-hungry traditional mechanical and hydraulic components with accurate, efficient electro-mechanical control systems. Within the traction, steering and braking systems of these energy-efficient cars are brushless torque motors. 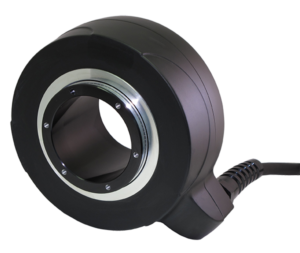 The agricultural industry’s modern farm is growing evermore dependent upon motion control technologies. One example is the GPS-based steering systems used for precision (or semi-robotic) farming.

Most people may not view this as a robotic system, but it is a form of robotic autonomous operation, and it’s made possible in large part by modern motion control technology. Without the availability of modern, compact, efficient motion control components, precision farming would be much more difficult and expensive to accomplish.

Other mobile robot applications, such as IED disposal robots used by the military and service robots you find today in some hotels and larger retail outlets, are mobile because they are equipped with powered wheels and/or tracks. These robots extensively use motion control traction subsystems.

Do you have a robotic application in need of motion control, or do you just want to learn more about robotic motion control solutions? Then we invite you to contact Allied Motion. We speak robo! Contact us online, connect with us on Facebook or tweet us at @AlliedMotion1.