Like anything else, pneumatic robots have associated pros and cons. The case studies and other specifics here indicate how essential it is to evaluate the task at hand and determine whether the process is best carried out with a pneumatic system or another method

The Pros and Cons of Pneumatic Robots

When building robots for companies or buying them for industrial applications, professionals have several choices to make. One of them is the preferred power source. Pneumatic robots are controlled with compressed air. They have advantages and disadvantages, described in detail below. 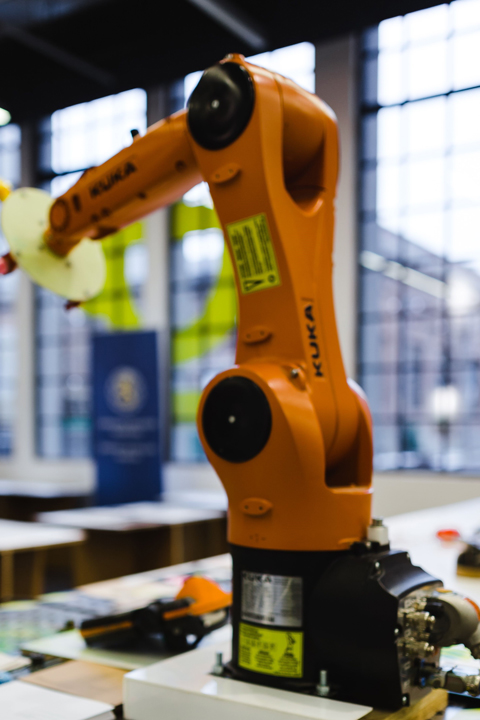 One of the perks of pneumatic robots is that they can move quite smoothly. When requiring lifelike robots for films or theme park attractions, the Walt Disney Company often depends on pneumatic robots to provide lifelike experiences for viewers and visitors.

Disney’s experts came up with a pneumatic tube system for characters such as those in its Hall of Presidents attraction, with a transmission stored in a robot’s body instead of its arms. As a result, the movements it makes are fluid and seem real compared to prior non-pneumatic robotics applications that required large, heavy motors.

In contrast to gas-powered robots that pose explosion and fire risks if they leak, the safety hazards associated with pneumatic robots are low because only air escapes into the environment if there’s a problem.

This advantage is one reason some factories use pneumatic robots in automation applications to speed up the workflow. At its facility in Kansas, Simmons Pet Food depends on an automatic pneumatic system to direct product ingredients through the proper stainless steel channels on the production line.

The plant improved its productivity by 35 percent after expanding its previous pneumatic system. It can now keep facility operations running 24 hours a day.

Provided the professionals using them make sure the air compressor components are of good quality before investing in a pneumatic robot, these solutions require less maintenance than some other kinds of robots. That characteristic makes them ideal for robots that have lots of moving parts that could wear out.

The YuMi is an industrial machine that can work alongside humans as a collaborative robot or cobot. It has pneumatic grippers capable of handling delicate items, such as produce, as well as a wide assortment of other products.

Most similar grippers include hinges, increasing the possibility that they could wear out. However, the YuMi’s pneumatic gripping system provides the movement with an air pressure and vacuum system, reducing the need for substantial ongoing maintenance. The system’s grippers can even interlock, making them similar to human hands.

When a company needs a robotic application that allows for precise tweaks of speed, an electric or liquid-powered system may be preferable to one controlled with air. That’s because pneumatic systems do not allow for as much speed control compared to other options.

Therefore, additional investments may be required to supplement a pneumatic robotics system with other parts that provide for more speed control.

Pneumatic systems have lower upfront costs compared to hydraulic systems, and that fact makes them initially appealing to businesses trying to keep costs low. However, over time, they could cost five to ten times more to operate than hydraulics.

Although a robot with hydraulic parts will be more expensive than a pneumatic one, it’s also more efficient. That’s because hydraulic systems work at higher pressures, making them compatible with small-scale actuators.

If not cared for properly, pneumatic systems can have short lifespans due to a hidden problem: Condensation.

When moisture builds up inside pneumatic pipes, it can compromise the functionality of the robot and affect how long the equipment lasts. Factors including the humidity and pressure of the supplied air can influence the probability of trapped moisture.

To reduce the occurrence, some facilities use dryers to dehumidify the air before it enters the pneumatic system. However, even that precautionary step is not always successful, especially with the use of small actuators.

Also, condensation increases as the diameter of a pipe increases and the pressure used in the application goes up. Therefore, experts recommend using the smallest pipes and lowest pressure possible. A pipe material with high thermal conductivity, such as copper, can also reduce the amount of moisture in a pneumatic system.

Like anything else, pneumatic robots have associated pros and cons. The case studies and other specifics above indicate how essential it is to evaluate the task at hand and determine whether the process is best carried out with a pneumatic system or one that produces movement with a substance other than air.