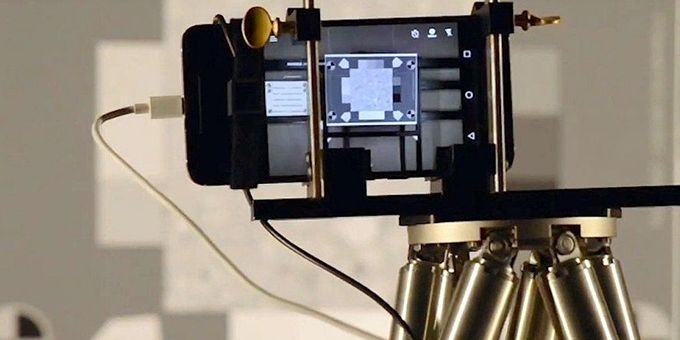 Taking sharp pictures despite poor lighting conditions, taking snapshots without blurring, recognizing traffic signs and road markings or identifying dangerous situations with specific systems - all of this is possible today with the help of modern cameras. But how good is the still and video image quality of a camera or smartphone? And how do they compare with models from other suppliers? 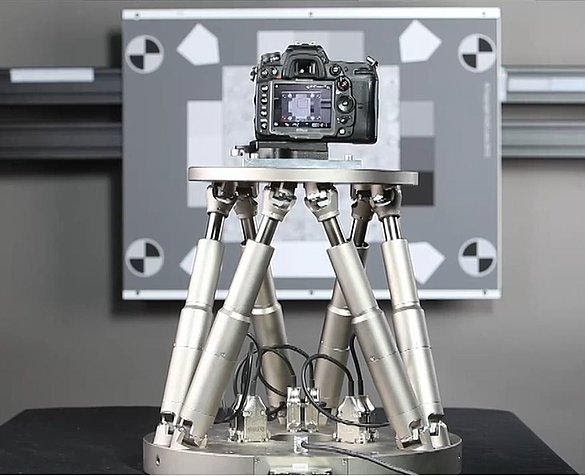 PI H-840 hexapod robot simulates the hand tremor and motion of a photographer taking pictures - here in a test setup in the laboratory of DXOMARK. (Image: DXOMARK)

End users, manufacturers of smartphones and cameras, companies in automotive, aerospace, medical, and security, or in the automation technology sectors - they all place high demands on the quality of the still and video images and are looking for answers to these questions.

The company DXOMARK deals with these questions and seeks to provide answers. It supports customers with consulting services and complete laboratory solutions for image quality testing. These solutions consist of hardware, software, and test protocols and they ensure repeatable, operator-independent results. Nicolas Touchard, Vice President of Marketing at DXOMARK, explains in an interview with PI Karlsruhe the methods for evaluating still and video image quality and also how PI hexapods are used in the testing of image stabilization technologies. 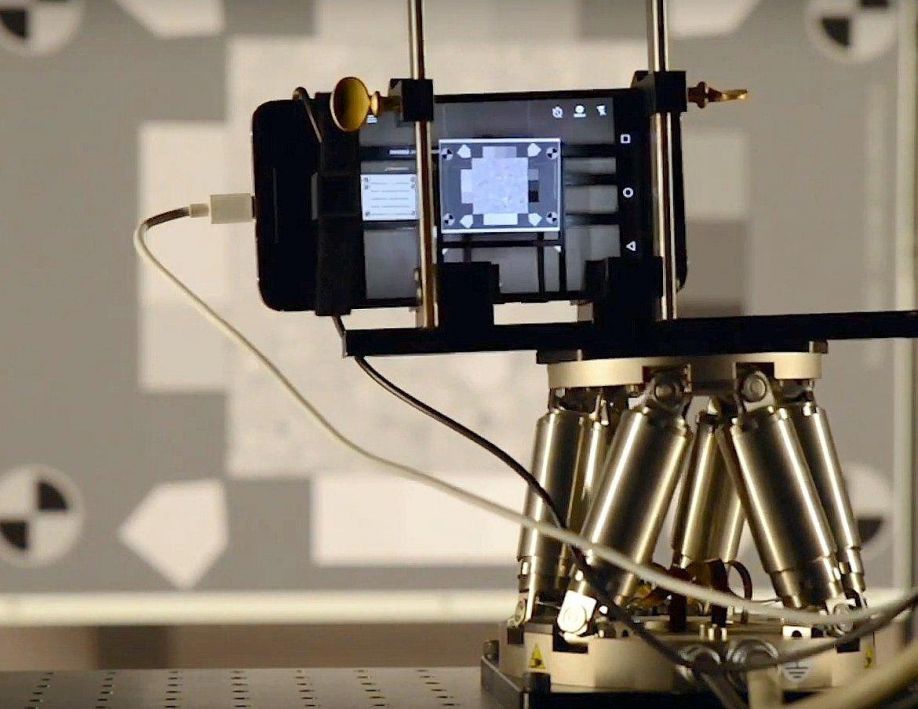 Which Are the Key Image Quality Attributes?

Each camera is evaluated according to specific key image quality attributes. These attributes include, for example resolution, contrast, color, texture, zoom, autofocus, exposure, and image stabilization. For each of these attributes, thousands of images are taken and evaluated to obtain statistically significant results. In order for the image quality to be comparable, cameras and camera components must always be tested under the same conditions and using the same methods. The measurement methods on which the DXOMARK evaluation is based have been developed in conjunction with several companies in the imaging industry that collaborate in international standardization working groups, such as IEEE/CPIQ and ISO TC42-WG18.

The repeatability of the camera movement in several axes is important in all test procedures related to image stabilization. "We must ensure that the simulated frequencies and movements, e.g., around the rotation axes θX, θY, θZ (pitch, yaw, roll), are identical for each test," emphasizes Nicolas Touchard. When testing cameras and smartphones, for example, frequencies up to approximately 12Hz are required to simulate the trembling of the human hand, while image stabilization in driver assistance systems has to compensate for much higher frequencies.

The simulation of the camera movement can be carried out by hexapods, for example the H-840 hexapod robot platform. This six-axis positioning system is designed for testing image stabilization systems and is certified according to the DC-011-2015 standard by CIPA (Camera & Imaging Products Association). This standard defines rotational axes, test frequencies, and vibration amplitudes that are necessary for certification.

For highest demands on smooth motion and frequency range, PI offers the H-860 hexapod. This system provides simulation frequencies to 30Hz and runs pre-defined motion profiles, sinusoidal curves, and freely definable paths with high trajectory accuracy. Due to the friction-free voice coil drives and the lightweight design consisting of extremely stiff carbon fiber parts with low moving masses, it is possible to achieve fast and smooth motion as well as high acceleration.

The freely programmable rotation, or pivot point, is an essential feature of the parallel-kinematic hexapod. This means that the motion of the hexapod platform can be specifically adapted to the position of the image stabilization component in the camera so that, for example, the image sensor is located in the middle of all six degrees of freedom and, therefore, ideal realistic conditions can be created. 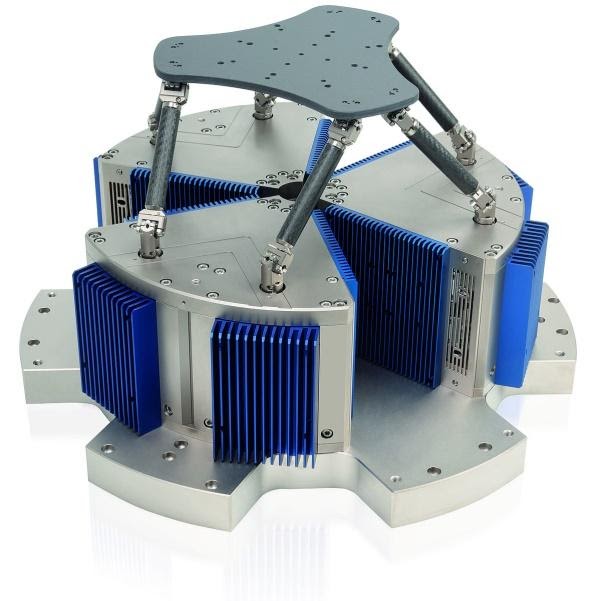 About DxOMark Image Labs
For over a decade, DxOMark Image Labs has been dedicated to assisting customers with testing and improving the image quality and performance of their standalone and mobile device cameras. The company’s solutions and services serve all sectors of the digital imaging industry, from DSLR and DSC manufacturers, to makers of smartphone and camera components, to video-based driver assistance systems in the automotive sector, and to companies involved in surveillance, space, defense, and machine vision.

About PI
PI is a privately held company that designs and manufactures world-class precision motion and automation systems including air bearings, hexapods and piezo drives at locations in North America, Europe, and Asia. The company was founded 5 decades ago and today employs more than 1300 people worldwide. PI’s customers are leaders in high-tech industries and research institutes in fields such as photonics, life-sciences, semiconductors and aerospace.