To fully compensate for disability: this is the mission of Revival Bionics. Created in 2021 after 2 years of work, this start-up develops cutting-edge technologies in biomechatronics, that reproduces walking for people with lower limb amputations or paralysis. For its first product - a propulsive foot prosthesic for people with below-knee amputations - Revival Bionics was looking for the best performing materials. The quality of the products and the know-how of the teams convinced the start-up to rely on maxon for the propulsion. A look back at a successful collaboration.

Today, despite existing technologies, a person with an amputated or paralyzed lower limb still cannot regain 100% of their abilities. The CEO of Revival Bionics is well aware of this fact, since he was affected by this disability in 2018. Guillaume Baniel wanted to put his experience as an engineer at the service of the realization of a propulsive orthosis, to compensate for the paralysis of his left leg. "Despite the strong involvement of my paramedical team, I realized that there was no satisfactory prosthesis to fully compensate for my disability or that of an amputee. As a UTC engineer with a background in Thales, I thought I should be able to design a better device," recalls the CEO of Revival Bionics." After a year of rehabilitation, he became interested in the only state-of-the-art bionic prostheses available on the market : those developed by Hugh Herr, a famous climber with two leg amputations, now head of the MIT Media Lab's Biomechatronics group.

Problem: if these bionic prostheses have the merit of existing, they find their limits in the high-pitched noise they make with each step and in their rigidity, which is a source of discomfort. Revival Bionics then decided to reorient its project to design a propulsive, comfortable, and silent foot prosthesis for people with below-knee amputations.

"At the hospital, I often met young people under 30 years old who would have to spend their whole life with an uncomfortable prostheses that could not compensate for their disability by more than 50%. Imagine if it was the same for nearsighted people: it's like they'd be stuck with glasses causing even more blurried vision all their lives instead of wearing glasses that corrected their eyesight."

With two key technological bricks, Guillaume Baniel invented a new architecture for a more compact and autonomous prosthesis. Once his project was designed, he joined the Lille Eurasanté incubator and founded Revival Bionics in 2021. Passionate about robotics and sensitive to disability compensation projects, Nathan Girard quickly joined the adventure as CTO. 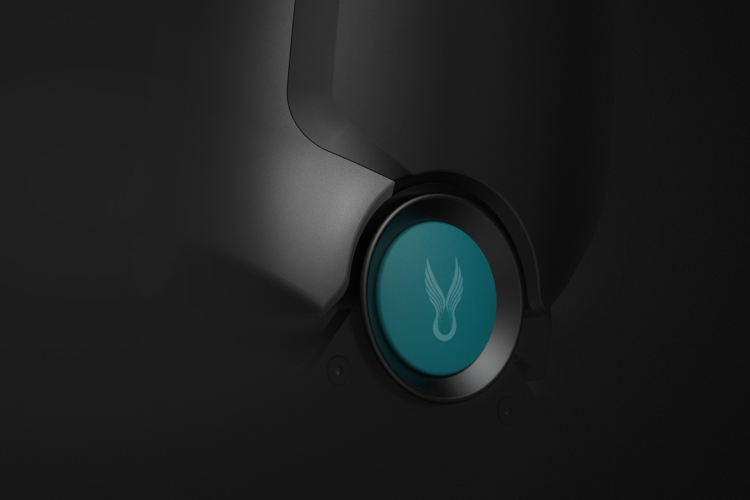 Bionic prosthesis: the key role of the motor.

Unlike passive products - made of simple carbon springs - the bionic prostheses developed by Revival Bionics are propulsive, equipped with a motor and an artificial Achilles tendon. By providing propulsion to the walker, the motor makes it possible to lighten the walker's step and to preserve the opposite leg, which does not have to impact the ground hard with the heel. The motorized propulsion makes it possible to limit the phenomena of osteoarthritis and to offer more comfort on the whole of the step, with less rigidity on the stump of the patients.

"In concrete terms, what we offer today is a foot that you put on, through a socket, that walks correctly, without you having to influence it. The idea is that the patient just has to unfold the step," explains Guillaume Baniel. To be able to reproduce walking fluidly, Revival Bionics had to overcome a number of technological challenges to offer a competitive product from both a hardware and software point of view:

In other words, the technical challenge lay in the feasibility of creating a biomechatronic artificial ankle, in a reasonable volume, while offering performance and autonomy to the patient." This type of product is in high demand, as the human ankle is a formidable and particularly powerful joint. It is what allows propulsion when walking and makes it so fluid and economical in daily life. To meet the desired performance, we had to use the most efficient materials: titanium, aluminum, carbon fiber," says the CEO of Revival Bionics. 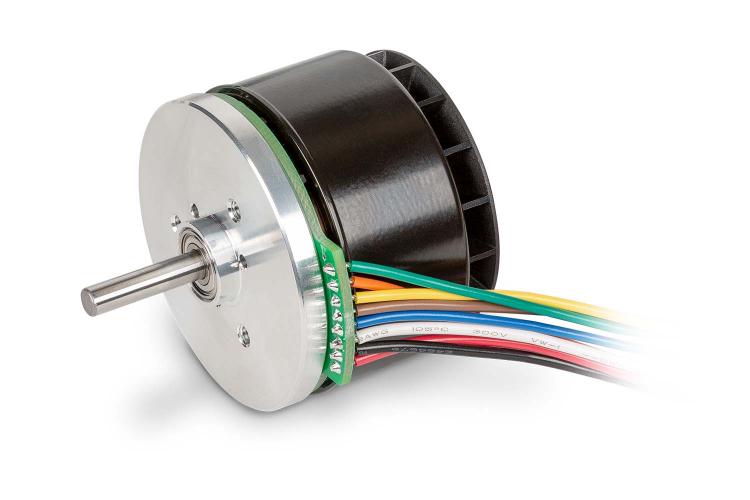 The EC60 Flat from maxon to drive the bionic prosthesis.

In biomechatronics, the requirements for compactness and voltage levels are high. Since the size of the battery had to remain reasonable, Revival Bionics could not go to voltage levels like those found in exoskeletons (48V)." While holding performance at these voltage levels is the simple work of an engineer, producing a patient benefit at a lower voltage is a matter of craft. We have a term for this internally, hardware craftmanship," says the CEO.

Performance, autonomy, compactness, torque, noise... The choice of motor was obviously crucial. After evaluating different motors, Revival Bionics quickly identified the EC 60 Flat motor from maxon as the best option on the market.

"The quality of maxon products, their availability, which allows us to move forward quickly, and the know-how and availability of the teams in the upstream phase are all arguments that support our choice. The high torque generated by the EC 60 Flat motor allows us to provide a patient benefit. In addition, its low speed and architecture allow us to generate considerably less noise," says Guillaume Baniel, who continues:
"We have made extensive use of the maxon E-shop,  to get the motors quickly, while we were soliciting maxon's teams for support. In the end, the supply aspects were very smooth, and we were able to focus on creating value."
Above all, the CEO of Revival Bionics is pleased that he was able to find a product off-the-shelf that would allow him to move quickly towards an MVP - Minimum Viable Product - and then improve it after market feedback: "When you see the quality of the products already available off-the-shelf, there is no doubt about maxon's ability to provide support for the future!"

Bionic prostheses: the difficult equation between competitiveness and accessibility.

To make its device as accessible as possible, the pricing policy of a prosthesis is an important  point. "For this type of innovative device, the market launch will necessarily be at a high price initially, to ensure the company's profitability with investors. Our prosthesis will therefore first be accessible to so-called insurance patients. With these first sales, our device will then have all the legitimacy to integrate clinical studies and gradually become more accessible, especially for diabetics who represent 60% of amputees," says Guillaume Baniel.

Revival Bionics also plans to make its prostheses accessible to the greatest number of men... and women. Indeed, while the average size for women is 37 - 38 (23 cm), the main player in the market starts the size of its prostheses at 40 (25 cm).

In the future, the start-up would also like to enter the pediatric market, to offer prostheses to children born without limbs and to those suffering from cancer that led to amputation. This is a major challenge, as the prostheses and the software must be adapted to the growth of the young patient. To make this project a reality, especially from an economic point of view, Revival Bionics plans to work closely with the associations.

In the meantime, Revival Bionics is proud to have won the first Grand Prix of the Hauts-de-France region since the first edition of the competition in 1999 by the BPI. Organized by the French Ministry of Higher Education, Research and Innovation, this French competition rewards each year the 10 best projects for the creation of innovative technology companies, among more than 23,000 applications. A great reward for a business project, which, we are sure, will go far!

What's next for Revival Bionics? With its demonstrator showing the expected results, the start-up is in the process of raising funds to further develop its product and ultimately CE mark it. The maxon EC 60 Flat motor will be integrated into this commercial solution and Revival Bionics intends to involve maxon in its future developments.

Remote offshore installations, dusty mines, dirty sewers: environments made by people for people. Yet operating them is dangerous. The solution? The robotic dog from ANYbotics, which can carry out inspections autonomously.