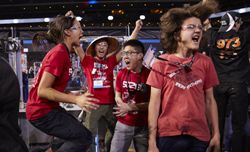 More than 15,000 Students from 40 Countries Competed with Team-Built Robots and Showcased Innovation Skills with Support from Presenting Sponsor Qualcomm and Other Global Brands 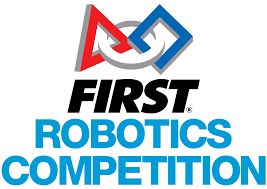 This week, more than 15,000 students from around the world traveled to Houston, putting their innovation skills to the test at the annual FIRST Championship Presented by Qualcomm Incorporated, held at the George R. Brown Convention Center, Minute Maid Park and Discovery Green. Ross Miller for The Verge:   Lego's entry-level robotics set is getting an overhaul. The brickmaker today is announcing WeDo 2.0 for elementary classrooms, which will both teach science-related concepts and, more importantly, let children build and program Lego robots. Designed to teach engineering and science, Lego Education's WeDo 2.0 kits contain about 280 Lego pieces, which also includes motion / tilt sensors and a motor. The new version eschews USB tethering for Bluetooth LE-powered "smarthub" brick that connects the sensors to a tablet or PC / Mac app. (The new version also has a more cohesive, more appealing color palette for all the bricks.) Each app includes a set of lessons, which tie in science concepts with a classic Lego construction manual. WeDo has a very simple drag-and-drop coding interface that lets students (or, to be honest, very enthusiastic adults) program basic functions. You can also, of course, just ignore the instructions entirely and build / program your own pastel robot.   Cont'd...

04/30/15, 10:13 AM | Industrial Robotics, Other Topics | First Robotics
This years championship event drew more than 900 student teams from 40 countries around the world.

Students From China, New Zealand, Singapore, And The United States Crowned Champions Of VEX Worlds 2015 - The Largest Educational Robotics Competition In The World

04/22/15, 02:03 PM | Industrial Robotics, Other Topics | First Robotics, Tradeshows and Conferences
Over 15,000 Students From Around the World Gathered in Louisville, Kentucky!