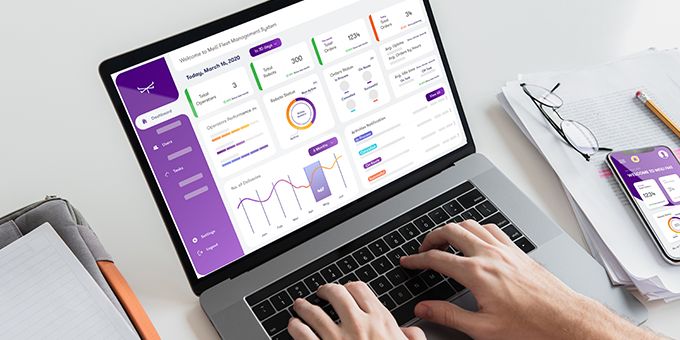 Tell us about yourself and how Meili Robots got started.

Our first intention was to become a third-party courier, focusing on last-mile delivery robots — where robots are built to match different applications.

Unfortunately, that was not possible at all due to the legal restrictions in EU legislation and Danish law — a delivery robot would have to be categorised as a vehicle, and subcategories by type, such as autonomous, radio-controlled, electric, etc…

After moving on and having already started to develop a fleet management system for the courier service, we discovered the interoperability pain points between different robot vendors through several local projects, which struggled to operate, and some other cases that faced the same issue.

That is when we decided to tackle the problem by developing our own universal software, and we regret nothing!

Tell us more about the Meili solution.

It is built to be a universal fleet management system for mobile robots, with an agnostic approach to the robot brand or type.

Since it can be integrated with the user’s ERP system, Meili FMS opens up a new level of automation, allowing task allocation to relevant robots — for example, a pallet gets assigned autonomously to a heavy-duty robot and a light-weight package to a light-payload robot.

What problems did you see in the market that made this product necessary?

The project that brought the interoperability issue to our attention was at a Danish healthcare centre. They were trying to use AGVs and AMRs and sadly, these two could not communicate nor coordinate with each other.

This is definitely not ideal, especially at a hospital. As a result, a third-party universal system is required.

Additionally, learning about large-scale international logistics companies that have rapidly adopted mobile robots, which are facing the problem at a much larger scale, has validated the need for our solution even further.

Adding in the fact that the robot vendors are not too thrilled to spend resources, developing a solution that their competitors could benefit from also helped.

How does the Meili FMS help solve the current problems in the market?

With an agnostic approach and a goal to tackle the interoperability issue, we are certain that our solution can solve this issue not only for the users, but also for the vendors. If their robots cannot work alongside other brands’ robots — especially with the emerging trend of ‘diversifying your fleet’ — no one would want to adopt robots.

Even though the robots connect to our solution via various channels, they would ultimately connect to the same system. That is to say, we are the umbrella solution connecting them all. By having an overview of each robot’s location and status, we can regulate the operations and waypoints to ensure that they would not obstruct each other or the others — such as human-operated vehicles — that are operating in the same working environment.

What value can Meili Robots bring to users?

Robot users pay a lot of attention to efficiency and safety.

By using our product, the users can use their mobile robot fleet to their full potential, which consequently accelerates return on investment (ROI).  Additionally, apart from regulating the robots via traffic control, our automated task allocation also opens up new levels of automation, without the need for additional infrastructure installations. With this feature, users will no longer need to manually assign tasks to each individual robot and can instead spend their valuable time on more demanding jobs. As a result, this increases the overall output of the facility. 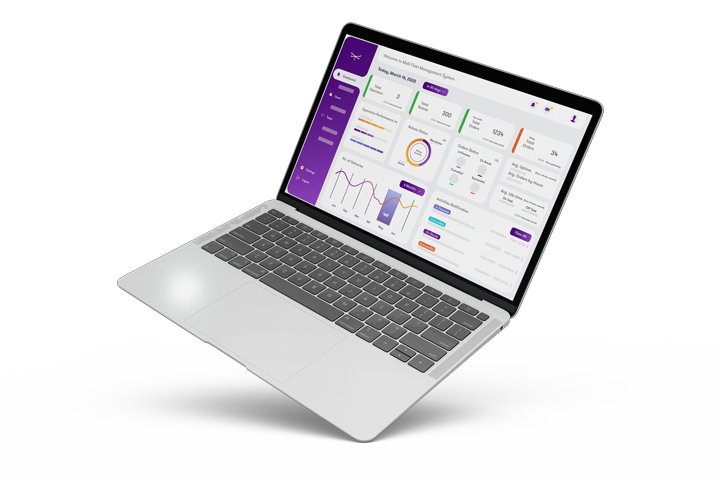 In order to maximise safety, we implement systems that dictate where and how the robots act within the working environment. This will not only ensure that humans are safe from obstruction or collisions but also guarantees that the robot will not run into other vehicles.

Can you share an example of the setup and operation of your product?

We have some trials in stealth which we can’t yet go into detail. However, we have worked on an agricultural project with the Danish Technological Institute, joined by other professional companies such as Capra Robotics, IPU, and Southern Denmark University.

This project was to combine the use of a ground robot and a drone in the planting procedure for new beer hop vines at a farm (the article is in Danish).

Currently, we are working on some additional testing for this application to figure out how much we can learn from a difficult environment of outdoor operations and uneven surfaces.

Where do you see Meili in the industry? Who are your competitors, and what makes you different?

The market is quite competitive and we are excited to see its developments.

However, we have tried to differentiate ourselves by scaling down our application to stay focused on indoor applications for warehouses and manufacturing facilities. Meanwhile, our competitors can provide their solution for a wide range of applications such as street running fleets, an inspection of outdoor facilities, and diverse projects.

In other words, to provide a dedicated solution to our target audience, we reduce what we can do overall to increase the value to our desired users.

What do you see the future holding for robot fleet management, and how will Meili Robots continue to adapt and thrive in a rapidly changing industry?

We are learning a substantial amount of requirements from the industry. This brings us a lot of value and keeps us on edge. We also discover a lot of new solutions to problems that the users have yet known. It is no doubt an exciting experience to pitch these solutions to future problems and register the reaction.

Thinking several steps ahead and not conforming to the old tried-and-tested method keeps us moving forward in the ever-changing market. We are starting to see the previous solutions for AGVs lagging behind. This is either because they have stayed in the status quo and now need to catch up, or they have developed their solution as an on-premise solution that only works with legacy systems. The key is to move with the trends and currently, this is to get onto the Cloud, to be agnostic to AGVs, AMRs, legacy robots, and to learn what is coming around the corner.

About Aldus von der Burg, CEO & Founder of Meili Robots
Aldus von der Burg is an automotive engineer who entered the robot/drone space in 2017. He seeks to tackle new and important issues that are going to be more prevalent in the future. His time in the robot space has given him insights and ideas which he believes could help the supply chain and logistics sector increase operational efficiency and adopt new technologies with automation and robotics.