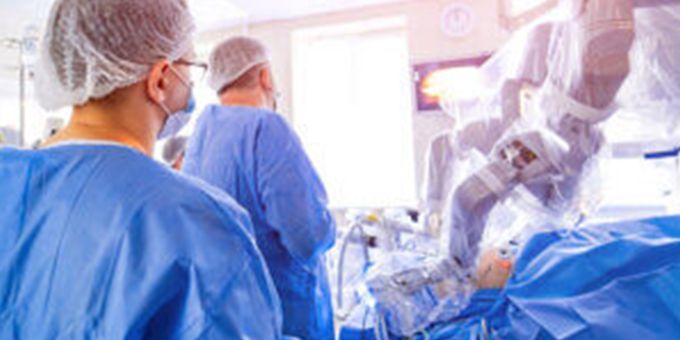 While they have a futuristic aura around them, robots aren’t really all that new. They’ve been used in advanced manufacturing facilities for decades already. But, what is being demanded of robots and how they’re used is accelerating and diversifying all at once. It’s making component-level decisions more crucial to success than ever before. Here, we’ll explain some of the different encoder options and innovations can help tackle the feedback challenges in this dynamic field.

The different types of robots

According to ISO 8373, robots require “a degree of autonomy”, which is the “ability to perform intended tasks based on current state and sensing, without human intervention.”

As some of the leaders in robotics, manufacturers are driving all kinds of innovation behind the scenes; these include robots that work side-by-side, interacting with people. More and more, however, we’re seeing robotics play a role in everyday life. Let’s look at three of the most common types of robots in use. 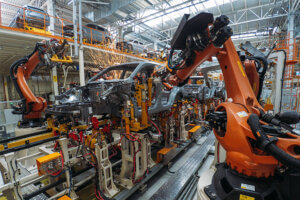 Everyone’s seen video clips of a car plant where huge articulating arms are flying around from point to point on an in-process vehicle. These articulating arms were among the first and are the most common type of industrial robots. Among other things, these are used for packaging, palletizing, painting, advanced machining, disassembly, or material handling in just about any industry you can imagine. These arm-style robots have, and continue to, add more axes, speed, coordination and precision with every new generation.

A newer subset of industrial robotics are designed specifically for human-robot interaction, capable of safely working in close proximity to a person. Classifying these in the market can be confusing, because many industrial robotics companies are either expanding their offerings or reinventing themselves to serve the growing cobot space.

Common tasks performed by these robots include machine tending for things like tool or material changes, delicate and precise repetitive tasks, finishing work like polishing, deburring or grinding and inspection. These can take an arm form or something very different and customized for a job.

The most simple definition of a service robot is one that performs useful tasks for humans or equipment, excluding industrial automation applications. These can be used to bring a towel to your hotel room, wash the windows on a large building or help diagnose and treat patients. They are often autonomous or have a remote control system. 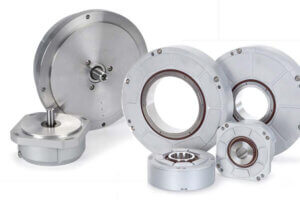 In most cases where robots are deployed, throughput is the name of the game. Robots must go just where it’s supposed to (encoder accuracy) as quickly as possible (encoder resolution), whether it’s an entire arm or just the tool center point. The demands only get more difficult to achieve as the technology we use shrinks and gets more complex.

Most robots use servo motors to move their joints, calling for rotary or angle encoders. As speeds increase, so do the control dynamics the motors require, sometimes making vibration mitigation just as important accuracy and resolution. No matter the specific applications, careful encoder selection for robotics is crucial. A silver lining: While some service robots perform tasks outside, the vast majority of robots operate in relatively controlled environments, which offers some nice encoder flexibility. 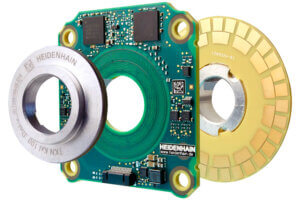 There are typically a motor and gearbox on robotic joints and the rotation of the motor won’t necessarily line up with the rotation of the gearbox on the other side. These encoders are a way to monitor both the motor and the speed and positioning on the gearbox side, downstream from the transmission gear system. This makes it possible to compensate for gearing inaccuracies. Also, it’s very useful to have a single encoder that’s capable of providing both in one data feed. These also support transmission of secondary data, like temperature.

The HEIDENHAIN KCI 120 Dplus, for example, include absolute rotary encoders without integral bearings. These are compact and easy to install, plus their robust inductive scanning method they are particularly resistant to contaminations and magnetic fields.

Encoders use markings, graduations or slots that are read by a sensor that moves over them to communicate speed and location. There are many different ways they can be done. Sensors on magnetic encoders recognize changing poles as the pass through the markings, graduations or slots. Absolute encoders use light passed through glass in a similar way to achieve extreme levels of precision typically reserved for telescopes or semiconductor production.

Inductive encoders offer a nice middle ground between optical and magnetic, both in terms of what they can do and how much they cost. Inductive encoders have charged coils that are passed over by a passive metal disc, modulating what charges the sensor receives. These encoders are robust, deliver high control-quality and system accuracy, and they resist high-end vibration dynamics, ideal for most robots uses.

Absolute encoders have a unique signal for every position. This allows for powering up and down without having to rehome. In today’s high-precision, high-uptime world, more often than not this is preferred over the incremental option which equal steps in relation to a starting point.

Cobots, IIoT, autonomous vehicles, smart manufacturing, these and many other of the trends in technology require delicate care in the design stage to keep up, let alone push the boundaries. Encoders are an integral part of that and we’re working to develop new kinds of encoders that satisfy these big trends today and years down the road.