Paralyzed people can learn to walk again with the aid of electromechanical exoskeletons. However, it’s not easy. It takes a lot of engineering and hard training. 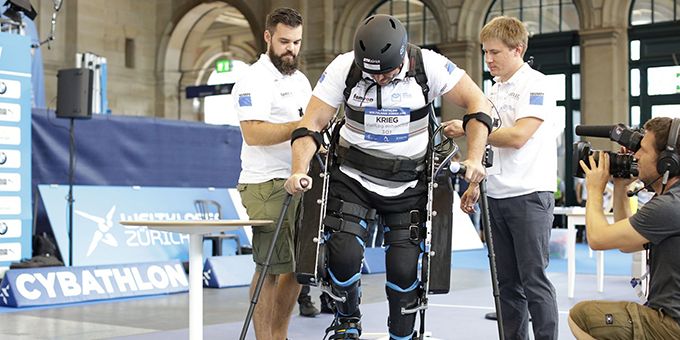 Does the human control the machine, or does the machine control the human? This old question invariably comes to mind when we’re thinking about exoskeletons, i.e. electromechanical aid systems that enable paralyzed people to walk again. To Silvia Rohner, project manager of the Varileg Enhanced team, the answer is clear: “How well an exoskeleton works in practice depends primarily on the pilot.” A paralyzed person needs to get used to the robotic support and learn how to use it for best effect. “Some people rely more on strength, others more on technique. Either way, it takes a lot of training.” In May 2020, we will see which approach is best when pilots from all over the world, using different exoskeleton systems, compete against each other on an obstacle course during the Cybathlon in Switzerland.

Team Varileg Enhanced takes part in the Cybathlon and has set itself the goal of mastering all obstacles on the course. Silvia Rohner: “We want our pilot to succeed in the competition.”

At the first Cybathlon in 2016, there already was a Team Varileg from ETH Zurich. It had little to do with the current one, however. The current exoskeleton was developed new from the ground up, as a student project that started in the summer of 2018 and ended in the summer of 2019. Since then, a mixed team from ETH Zurich and the HSR University of Applied Sciences Rapperswil has been working on the completion of the robotic system. The goal: Having the competition exo ready in time for the Cybathlon. “There is still a lot of potential,” says Silvia Rohner. While the mechanics are excellent, the software needs to be put in a future-proof architecture. The actuator control also needs improvement. The team wants to finalize these changes before the end of winter so that the pilots can start training. One of them, Thomas Krieg, is a former bobsledder and has a strong athletic ambition. He has made great progress since his first walking attempts with the exoskeleton, saying: “I’m getting better and better at handling the machine, and I’m confident that we can master the challenges of the Cybathlon.” The most difficult obstacle will probably be the inclined plane. That’s because his exoskeleton lacks the additional degree of freedom in the hip joint, so that the entire weight will be on the crutches and Thomas’ arms. 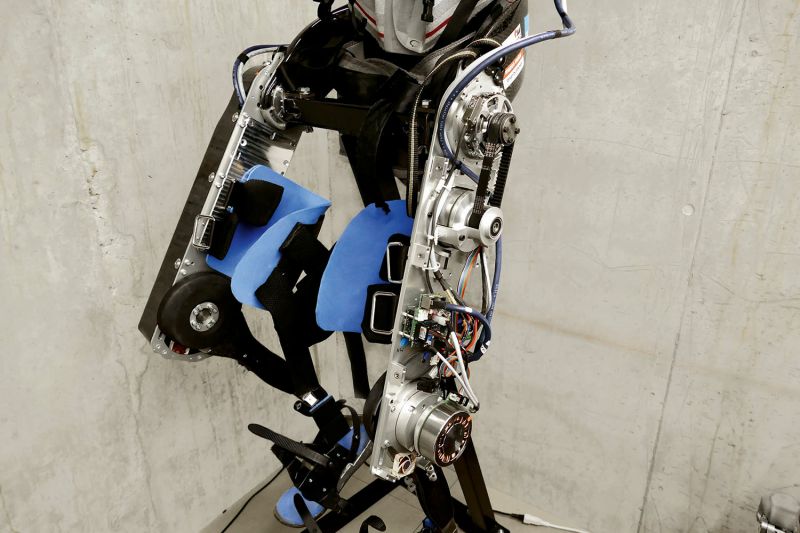 A view of the inside of the Varileg Enhanced exoskeleton: Two maxon EC 90 flat Power Up motors drive the legs on each side. 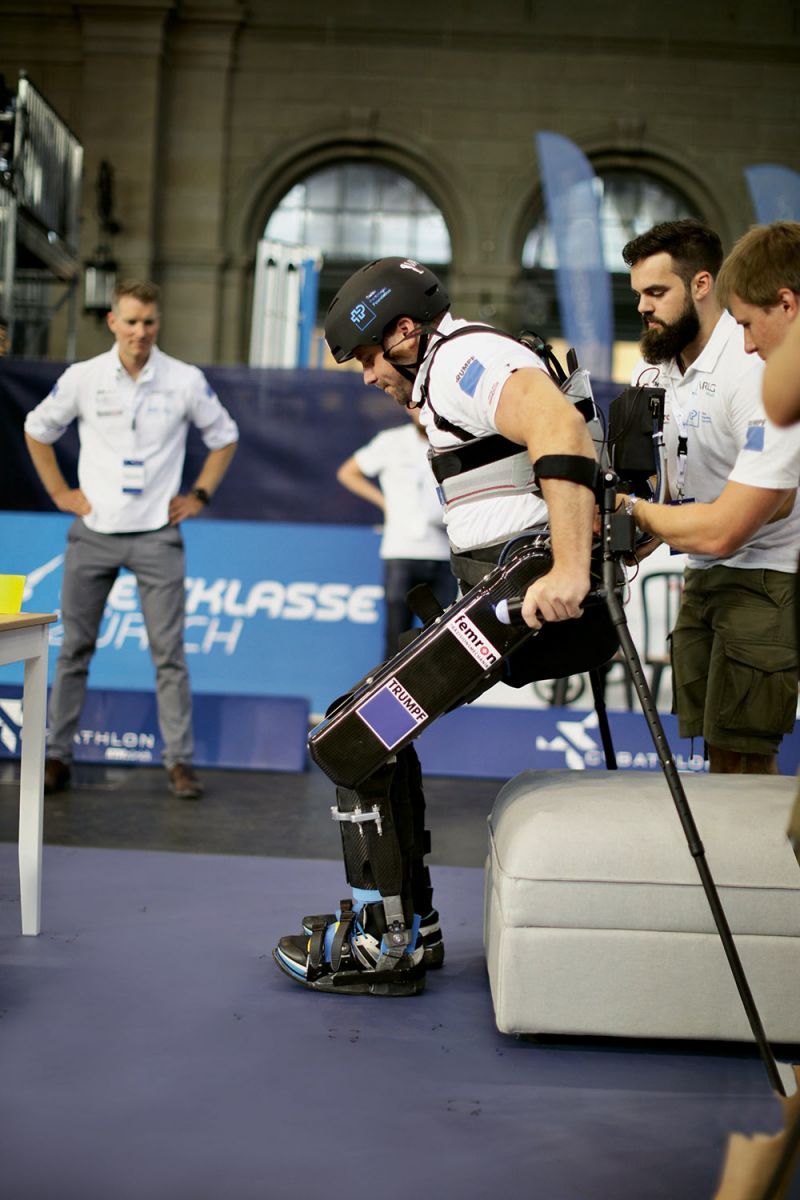 In order to save weight and keep the system simple, the technicians limited the Varileg Enhanced to two degrees of freedom. There are two brushless flat motors from maxon on each side to move the hips and knees. To keep the exoskeleton as narrow as possible at the hips, the motor and gearhead were mounted in parallel, connected by a V-belt. At the knee joints, the gearhead is installed directly on the motor. At up to 600 W of power, the motors of the Varileg Enhanced are twice as strong as those of the predecessor model. This power is needed, says Silvia Rohner. “When climbing stairs, very large forces are generated. We don’t have a lot of reserves.”

The Cybathlon is just around the corner

maxon supports the event as a Presenting Partner and will be on site. Among other things, the drive specialist will be supporting the participating teams with technical advice. For more information, please visit cybathlon.com