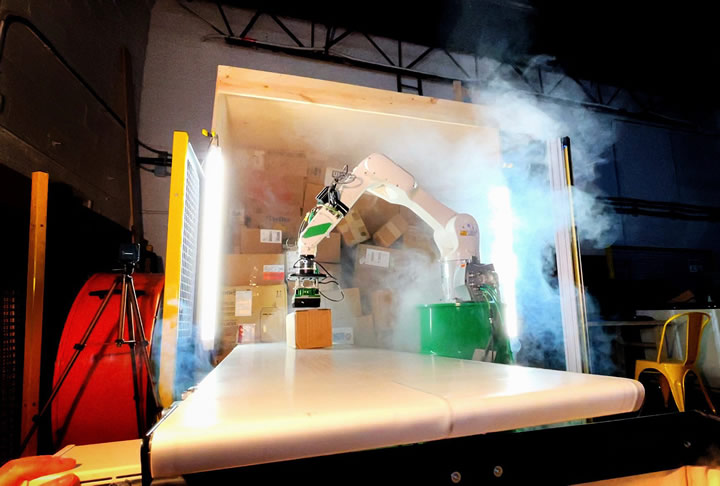 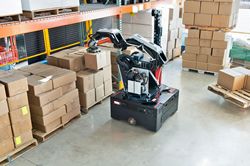 Stretch's mobile base allows it to go to where repetitive box lifting is required - unloading trucks, building pallets of boxes and order building. Stretch makes warehouse operations more efficient and safer for workers.

Picking the Unknown - Robust and Flexible Robotic Automation in Logistics

With more than 70% of labor in warehousing being dedicated to picking and packing, numerous companies are gradually investing in logistics automation. But what happens when the robots must handle an unlimited number of (unknown) stock keeping units?

Pick-by-Vision adds to smart technology because smart glasses learn manufacturers' parts; they memorize the visual appearance including robots and bin locations. Pick-by-Vision predicts and prevents mis-picks and decides the best part to pick next.

At the Institute for Intelligent Process Automation and Robotics of the Karlsruhe Institute of Technology (KIT), the Robot Learning Group (ROLE) focuses on various aspects of machine learning. The scientists are investigating how robots can learn to solve tasks by trying them out independently.

Picking is a specific, repetitive task that takes place in every fulfillment warehouse. It's also one of the biggest expenses, often making up more than half of operational costs.

Booth #6773 - This year's show will be an importing stepping stone into our next chapter as we rapidly expand our distributor network and market traction.