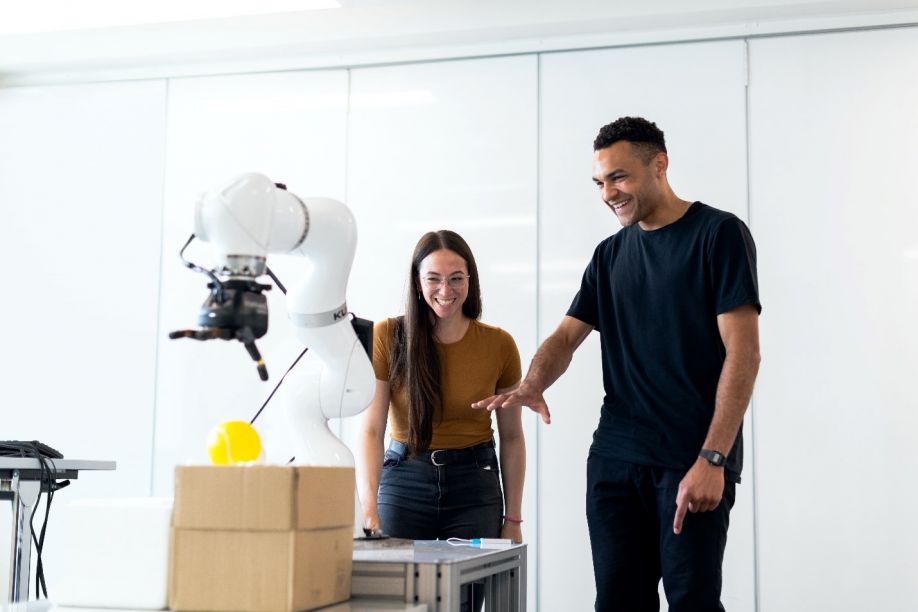 Since the outbreak of the COVID-19 pandemic, we've seen many industries go down due to different reasons. However, some industries were able to get past these hurdles and find in the current pandemic the source for their growth. Robotics is one of these industries.

VCaaS is financially and strategically beneficial to both the corporate partner and to the startup as the operating costs and time required for the company are significantly lower than if it were to train and pay its own team of venture capital investors.

MassRobotics, MassCEC Bring the Worlds of Robotics and Clean Energy Together

"The cleantech sector is ideal for robotics innovation. We believe disruptive ideas will come from startups committed to solving energy challenges using robots, and we want to provide an environment for them at MassRobotics"

Aaron Aupperlee for TribLive:  Advancements in robotics, autonomous manufacturing, self-driving cars and more are taking place in the former warehouses, factories and foundries of Pittsburgh's Strip District and Lawrenceville neighborhoods. Argo AI, an self-driving car startup partnering with Ford, became the latest to join Robotics Row, a string of technology companies setting up shop along the Allegheny River. The company announced Thursday it would base its headquarters in the Strip District. "We see the Strip District as a mini Silicon Valley," Argo AI CEO Bryan Salesky told the Tribune-Review. "In my mind, that is the future of the tech hub in Pittsburgh." At least 20 companies and organizations working on robotics and autonomous technologies call the three-mile stretch of riverfront home.  Cont'd...

Full Press Release:   The IdeaHub, is once again recruiting robotics and software innovators worldwide to take on the challenge of improving the way we work and interact with the next generation of industrial robots. Working on behalf of ABB Robotics, IdeaHub will help successful applicants pitch their ideas and secure uniquely tailored support packages to maximise their venture's commercial potential, including investment, mentoring and access to cutting edge hardware.  The IdeaHub is a cross sector, open innovation platform that connects visionaries worldwide with funding and support from global corporations. In 2015 they ran their first programme for ABB Robotics, attracting over 130 applicants with 12 finalists selected for a pitch day in London, with 6 entrepreneurs receiving an offer of support. For 2016 they are partnering with ABB Robotics once again to bring more solutions to solve three core challenges in the world collaborative industrial robotics:  1.) Simplicity: How to simplify robotics  2.) Intelligence: How to enable robots to learn and apply that learning 3.) Digitalization: How smart  connectivity will enhance digital factories.

Four Market Forces That Will Shape Robotics Over The Next Year

Richard Mahoney for TechCrunch:  As 2016 approaches, robotics is poised to traverse from a narrow set of industrial and military use cases to broader market applications that include commercial drones, telepresence robots, delivery robots and, of course, mobile vacuum cleaners. But, are robots ready to be a part of our daily life? Gill Pratt, a visionary who served as a program manager at the Defense Advanced Research Projects Agency (DARPA) and oversaw the DARPA Robotics Challenge, postulated earlier this year that robotics might soon be headed for a “Cambrian Explosion.” The term refers to a period of time roughly half a billion years ago when the numbers and diversity of animals became critical to evolution.  Pratt offered that technology developments are ushering in a similar upsurge in the diversification and applicability of robotics.   Cont'd...

By Silicon Valley Robotics via Robohub:  The area of service robotics is getting active, with a new retail robot startup launching today. Tally is one of several robotics startups launching today at Haxlr8r’s 7th Demo Day. Tally is an inventory tracking robot platform fromSimbe Robotics and the “world’s first robotic autonomous shelf auditing and analytics solution” according to the press release. Tally is in trials with several North American retailers and will traverse aisles scanning and auditing merchandise to help stores maintain ideal product placement, fill inventory gaps, and find misplaced or mispriced items. Tally is also capable of autonomously returning to base to charge. “When it comes to the retail industry, shopper experience is everything. If a product is unavailable at the time the shopper wants to buy it, the retailer has missed an opportunity and disappointed their customer,” according to Brad Bogolea, CEO and Co-founder of Simbe Robotics. “Tally helps retailers address these challenges by providing more precise and timely analysis of the state of in-store merchandise and freeing up staff to focus on customer service.”   Cont'd...