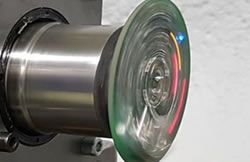 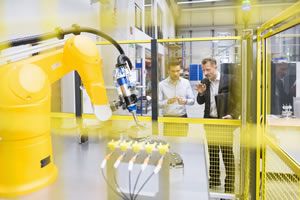 Will Knight MIT Technology Review: Humatics, an MIT spinout, is developing an indoor radar system that should give robots and other industrial systems the ability to track peoples movements very precisely. 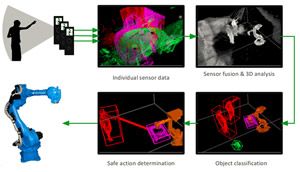 Phys.org:  An open-source 3D-printed fingertip that can 'feel' in a similar way to the human sense of touch has won an international Soft Robotics competition for its contribution to soft robotics research. Pushing the boundaries of soft robotics, the open-source tactile fingertip, known as TacTip, is a 3D-printed tactile sensor that has been developed by the Tactile Robotics Team from Bristol Robotics Laboratory (BRL). The fingertip meets the need for a cheap, robust, versatile tactile sensor to give robots an artificial sense of touch. The sensor has a unique design in which a webcam is mounted inside a 3D-printed soft fingertip to track internal pins that act like touch receptors inside our own fingertips, making it cheap to build and highly customisable.   Cont'd...

A Competitive Alternative to Traditional Linear and Rotary Position Sensors.