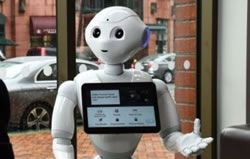 Agile and powerful Matrox Design Assistant® X takes the gymnastics out of vision application development. The flowchart-based software removes the need for coding; it's equally adept with simple application development or solving complex vision projects. Get a leg up with traditional vision tools to inspect, locate, measure, and read in images and 3D scans, plus deep learning tools
More Industrial Automation, Robots and Unmanned Vehicles Products | Feature Your Product