With Exyn's fully autonomous aerial drones, the team was able to navigate old workings and map them more accurately with drones that are able to independently navigate, visualize and record the whole space, even in the challenging environment.

Bonding is becoming more and more a new alternative to welding, screwing or riveting. The reasons are simple: safety and economy. But to be able to guarantee this, a high-precision adhesive and sealant application is necessary.

The Smart Manufacturing Experience allows manufacturers to explore and get educated about emerging technologies such as additive manufacturing, automation & robotics, cybersecurity, artificial intelligence and machine learning.

Partnerships with robotic makers have been formed and robots have been tested and deployed in manufacturing facilities. These robots carry out mundane and low-value tasks.

Understanding the opportunities created by robotics in healthcare and why human nurses can never be replaced, is significant if both are to work in tandem to complement the tasks performed daily.

Why Smart Warehousing is the Future of Ecommerce

Smart Warehousing is growing at an incredible pace, and it also happens to be the future of ecommerce. In this piece, I'm going to set out the main reasons why.

In a new twist on human-robot research, computer scientists at the University of Bristol have developed a handheld robot that first predicts then frustrates users by rebelling against their plans, thereby demonstrating an understanding of human intention.

Making the Move to Mobile

When US Digital released the E4T Miniature Optical Kit Encoder it needed to update manufacturing procedures to better handle the miniaturized encoder disks. The company decided to use automation and built the delta robot system above. 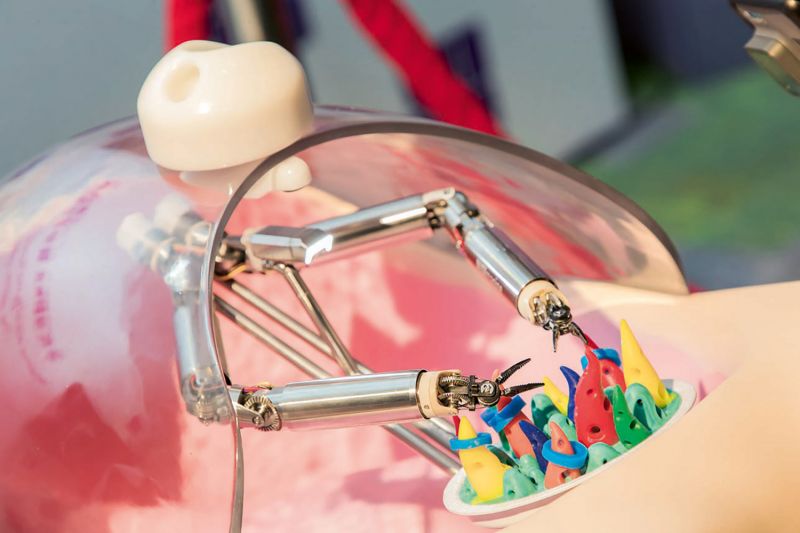 Honeywell Intelligrated is recognized by the Robotic Industries Association (RIA) as a Certiﬁed Robot Integrator, with more than a quarter-century of experience providing single-source robotic solutions for high-performance distribution and manufacturing operations. From system concepting, simulation, fabrication and integration to installation and commissioning, training and ongoing support, each solution is approached with a comprehensive lifecycle view to maximize the value of your system.
More Industrial Automation, Robots and Unmanned Vehicles Products | Feature Your Product