The Power of Adaptive Robotic EOAT

The challenge is that traditional robots have been designed to perform a single task extremely efficiently. But when the item or the task changes these traditional machines need to be reintegrated and reprogrammed. 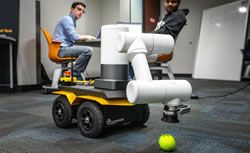 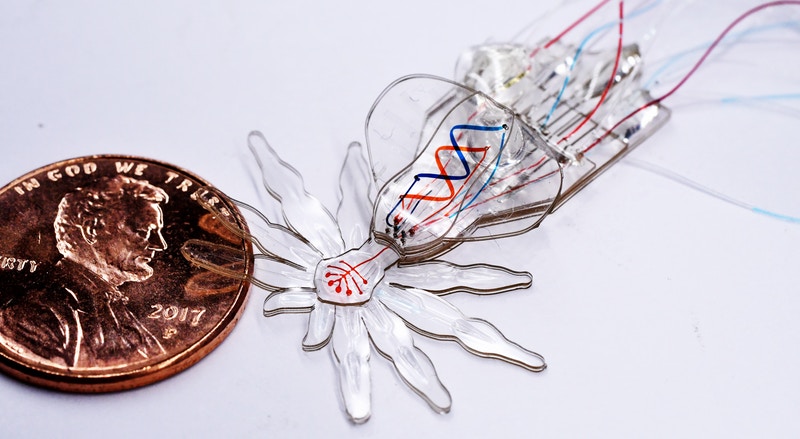 A new approach for fabricating soft materials at the millimeter scale paves the way to a new generation of flexible microrobots for medical and environmental tasks.

This Robot Has Soft Hands. It Could Be the Future of Sustainable Production

Traditional robots have been designed to perform a single task extremely efficiently. But when the item or the task changes, which is often the case with food, these traditional machines need to be reintegrated and reprogrammed

05/24/18, 09:28 AM | Industrial Robotics, Mobile & Service Robots | soft robotics | Kayla Mathews - Contributing Author
If robots are capable of rapidly adjusting their dampness, stiffing and dynamics, like octopi are, the added flexibility can make for more versatile robotics than ever. The mission of my lab is to discover new types of materials that will allow machines, robots, and electronics to be more compatible with our everyday environment.

The soft devices can perform a variety of tasks, including grasping delicate objects such as a raspberry and a raw egg, as well as lifting heavy objects. HASEL actuators exceed or match the strength, speed and efficiency of biological muscle.

Develop new robotic capabilities with ROS 2 for VxWorks. ROS 2 for VxWorks® project provides custom modifications and build scripts to integrate the Robot Operating System 2 (ROS 2) framework with VxWorks 7. ROS 2 is a set of software libraries and tools that aid in building robot applications. Build ROS 2 for VxWorks using 1) with a VxWorks SDK that is available on the site under a free non-commercial use license; or via 2) with a commercially-licensed VxWorks product.
More Industrial Automation, Robots and Unmanned Vehicles Products | Feature Your Product